Godfather of Sudoku whose efforts made the puzzle game 'world-famous', is no more.

Do you solve Sudoku? Then you should read this today. Publisher who made Sudoku popular breathes his last but he lives in every nerve that solves the puzzle.
By: swetha_vangaveti
Published: 1 Years Ago
Last Modified: 1 Years Ago
Read time: 5 min read
Views  111

With a pencil between teeth, eyes staring at those 81 squares to be filled in, eyebrows frowned at the complexity of those single digits, who hasn’t ever played this number game at least once in their lifetime? The well-known game that teases and tickles the minds of puzzle lovers, the miracle mantra that is behind increasing the focus levels, analytical and logical abilities of the young and adults alike is the one and only SUDOKU. How many times have we seen kids and adults alike enthusiastically solving these puzzles that appear in newspapers, magazines, puzzle books etc. pouring in their complete attention? The name behind this stimulating puzzle game is, however, not known to many. To get the person behind SUDOKU before you today, we are clouded with mixed emotions. We are happy and proud on one hand, but we are sad to say that he is no more among us. Maki Kaji, the Japanese man, who is significantly known as “the Godfather of Sudoku” is who we brought before you today.

When someone asked Mr. Kaji about the game, he revealed how his love for the number game made him take it to the next level. Mr. Kaji’s love for the game called “Number Place” that he played in 1984 triggered him to give a Japanese name to it. He just took 25 seconds to give it a name without knowing that it would take a unique place in the world of puzzle games in the days to follow. While Kaji was in a hurry to get to a horse race, the number game got its name, which translates to “single numbers”. 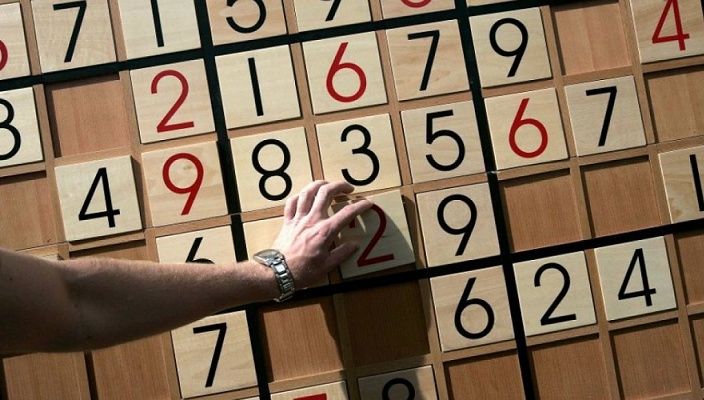 Settling On To The Game Of Love:

Maki Kaji was born on 8th October 1951 in Sapporo, Japan. His father was an engineer who worked at a telecom company and his mother worked at a kimono shop. He has two daughters with his wife Naomi. Kaji graduated from Tokyo’s Shakujii High School and went on to study Literature at Keio University but he dropped out in his first year. He took up jobs as a roadie, a waiter and also as a construction worker. Finally, he landed in the publishing business. With two of his childhood friends, in 1980, he started a quarterly puzzle magazine which he named in 1983 Nikoli. Nikoli got its name after a racehorse that won the 2000 Guineas Stakes race in Ireland in 1980. They published puzzle magazines and books and let me tell you that it is Japan’s first puzzle magazine.

Sudoku, as Kaji named his world-famous puzzle game, began to appear in the early issues of Nikoli. Slowly, this game spread to Britain and the United States and became popular across the world. Well, if someone asks about the true origins of the game, it would be tricky to answer. Though credits are given to an 18th-century Swiss mathematician, Leonhard Euler, its origins are also dated back to 8th century China through India to the Arab. However, leaving behind the question of who created the puzzle that remained a puzzle to date, it was Mr. Kaji that revitalised it and handed it over to generations of the world. He introduced the game to a wide population, took it across the globe, and today, there is hardly anyone who hasn’t heard of the name “Sudoku”. It was his company ‘Nikoli’ that made Sudoku and similar other puzzle games popular on a global scale. Kaji also invented several other puzzle games like Masyu. Nikoli sells around 50,000 copies four times a year. Nikoli has become the number one magazine in the world of puzzles, for the reason that it largely tested and perfected existing puzzles. “I want to make Nikoli into the world’s source for puzzle games. We have a lot more puzzles where Sudoku came from.”, he stated in an interview.

When Kaji learnt from the users or the puzzle-solvers that Sudoku is complicated and is ‘too hard, he decided to make it easy for children. It is only then that children can be drawn towards these mind games which eventually increases their analytical abilities as the levels progress. He created the puzzle to be easy for children and others who didn’t want it to be hard. He travelled to more than 30 countries to spread awareness and today, Sudoku championships have over 200 million people from over 100 countries taking part.

Kaji pitched the Sudoku puzzle to various publishers in New York and London in the late 1990s but he was unsuccessful. However, just within 10 years, this puzzle started to be appearing in hundreds of newspapers globally generating millions of dollars. Though it was successful and generated huge revenue, Kaji once said that he received only a small part of the money as he had been late to trademarking the puzzle. However, this left him with no regrets. “We’re prolific because we do it for the love of games, not for the money”, he said. Nick Baxter, the captain of the U.S. Puzzle Team, wrote, “His most important contribution to the world of logic puzzles is subtle and underappreciated. In an age where most Sudoku and similar puzzles are computer-generated, Nikoli continued to make puzzles generated by humans”. Mr Kaji said that the secret behind the puzzle’s popularity is designing it to be “simple and easy for everyone, including beginners.” 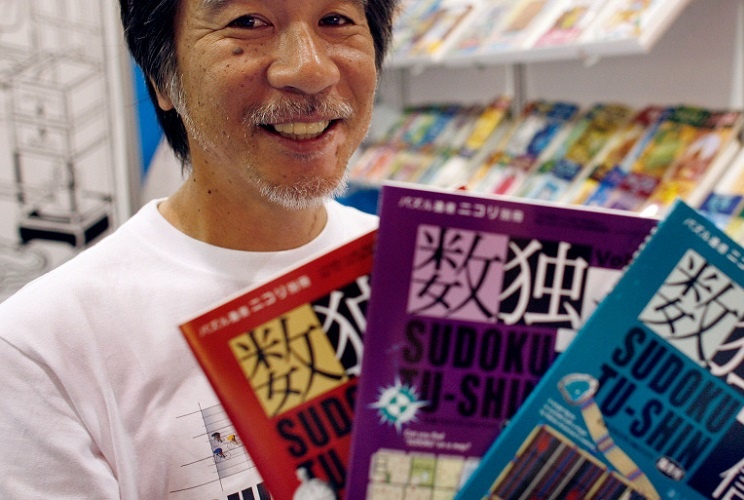 This icon behind the world-famous puzzle breathed his last on 10th August 2021 at his 69 due to bile duct cancer. Kaji was the chief executive at Nikoli Co., until July, post which he stepped down from his post owing to ill health. Thanks to Maki Kaji and his amazing contribution to spreading this stimulating game worldwide. He will be remembered in every nerve that thinks of what number to be filled in the square box of the puzzle. His name reverberates in every letter of the word ‘Sudoku’.