When you fall, get up quickly as there is no time to frown says the German Indian successful FASHION Designer.

“My Glass is always half full and the sun shines always, even when hiding behind clouds”, says the designer who calls youth to be leaders, not mere followers.
By: swetha_vangaveti
Published: 1 Years Ago
Last Modified: 1 Years Ago
Read time: 5 min read
Views  52

Life gives ups and downs. But, when you fall immediately as you rise up, how would that feel? How many times will you pull up the strength to stand back on your limbs? At some point of time, people feel exhausted and they finally give-up. Here is the story of a woman with steel bones who has never bent, come what may! This story serves not just as an inspiration but is also a theory that mainly youngsters should note!

"My Glass is always half full and the sun shines always, even when hiding behind clouds", – these words are enough to show what positive aura she carries with her!

She is Anna Maria Bhatt who was born on 9th March 1950 to Heinz Gullich, a men’s clothing designer and Maria Gullich, a home maker. After completing her nine years of compulsory schooling in Germany and a 2-year course in Fashion Institute, her professional life as a designer started in the year 1965 when she was just 15 years old. This avid book reader once read the story of a girl who becomes a designer for a circus. The story left such a deep impact on Anna that she aspired to become a designer for theater productions. However, by the time she finished her design studies, theatres were suffering lack of finances and stopped hiring designers.

The Rise of A Designer:

To become a designer, Anna cleared all the stages of tailoring for three years with a lady tailor master. She went on to work in various industrial garment production companies for the next three years, to gain the compulsory experience to be accepted at the Fashion instate. At the end of the 2 years at the Design Institute, she had obtained two diplomas, one as a Certified Designer the second one, a Certified Tailor Master. Post obtaining her diplomas, she ran her own Tailoring studio for two years. Anna’s first job as a designer for a German import company that lasted for two years started in 1975. 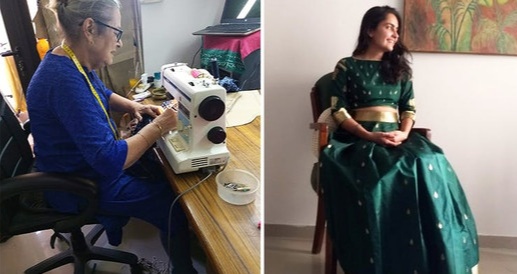 It is then that she came to India where she met her life partner. In the year 1977, she started an import and wholesale business along with her husband. “We would load a van with goods travelling from town to town selling to boutiques”, she recounted. One year later, the couple opened a boutique of their own while the wholesale business continued on one side. They moved to London in early 80s where Anna started working as a pattern maker. In 1988, the couple moved back to India and Anna continued her profession as a designer. In 1989, dropping the idea of designing and producing kids’ garments owing to family constraints, Anna and her husband started an export company producing garments for Germany. Alongside, she also worked as a quality consultant for a French importer’s production in Delhi. She also worked as a freelance pattern maker for a German and an Italian designer in Delhi for six months. Through the Italian designer, Anna met an Italian importer in 1994 and began to work for him. “The work with the Italian Importer lasted for approx. 4 years, brought her twice a year to Rome and was growing into a full-fledged office in Delhi with a team of merchandisers and QCs”, she mentioned. In 1999, Anna joined her husband to support him in his NGO activities. Both took care of the flora and fauna in one of the Tiger parks in Rajasthan. Fate again gave her life a turn when Anna’s husband passed away on 7th July 1999.

Life went topsy-turvy to the lady who had been establishing herself in the field of fashion. Thanks to her friends, Anna and her daughter could get back to living decent lives after they found work for Anna in an export house. In the meantime, Anna used her expertise and found the work suitable to her profile in an American organization where she handled the quality department. Here, she got to travel to different countries like Dubai, Abu Dhabi, Kenya, Canada and the USA. She loved the work but she missed her daughter so much. She thus decided to change her work and accepted the offer of a French lady acting and as her agent, managing her orders in India. This lady of mettle started her own organization with an efficient team and ran it successfully for five years after which she suffered another blow. 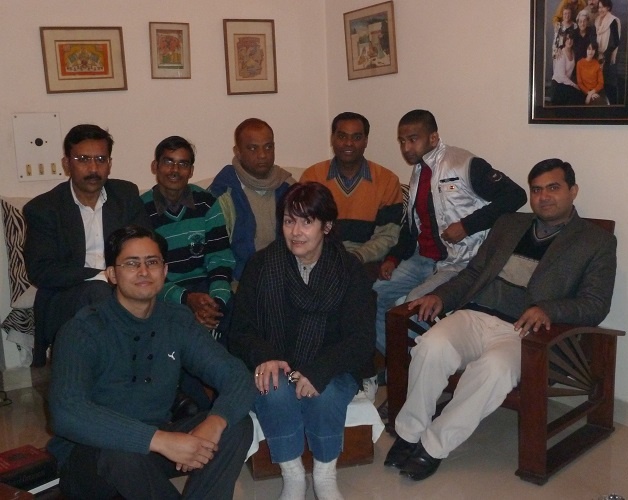 She explains the unfortunate happening with a deep sigh, “The sun stopped shining, after 5 years, when my bills to the tune of totally 100000 Euros went unpaid for many months, resulting in the closing of my organization and court case in France, which I won, however with a big loss, as the lady filed for bankruptcy”. If there would have been anyone else for not Anna, they would have collapsed. But the 60 something lady pooled up her courage, thanks to the friends again who introduced her to a design house. The Design Studio was in need of a HOD where she worked until 2016. 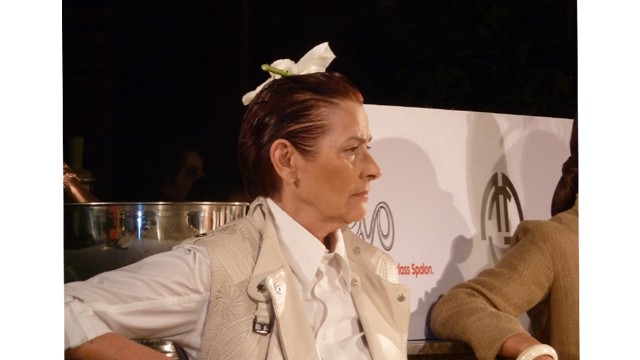 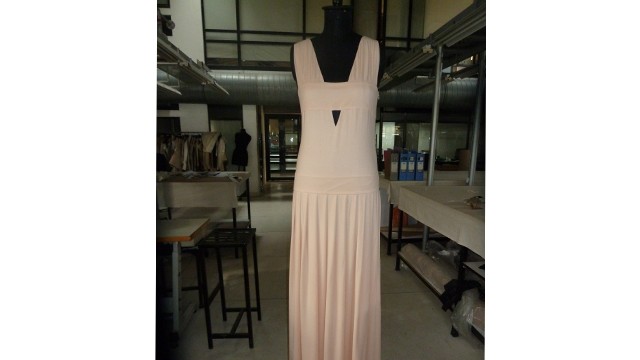 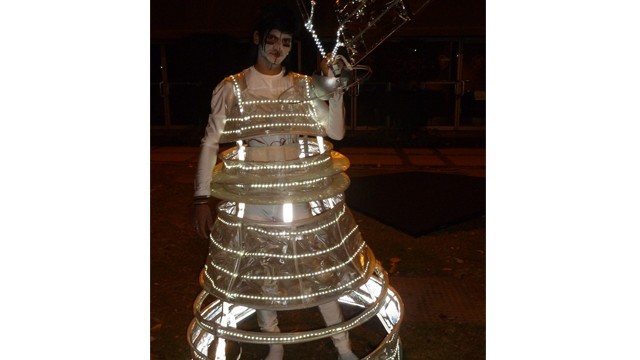 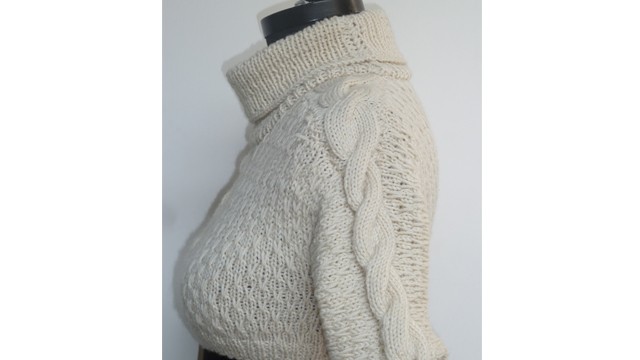 After that, she moved to the other end of Delhi to her own property saved from by hard work and began designing ladies’ garments for all kinds of occasions – especially the wedding garments. Again, her work has been thinned with the outbreak of Corona, but the lady keeps going. She is not the one to stop. 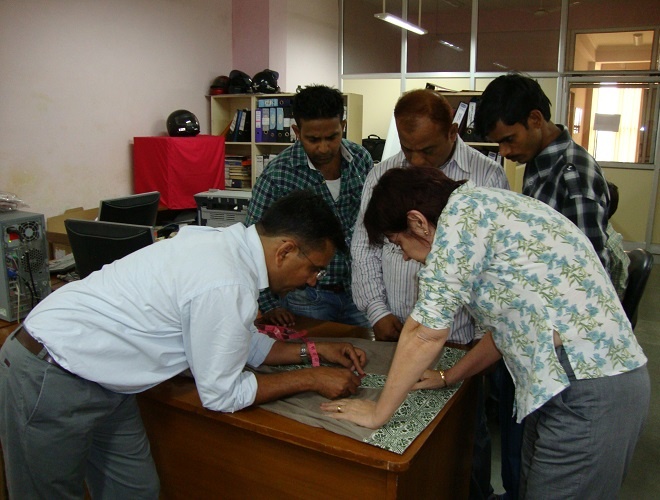 Takeaway From The Wise Lady:

“Fashion is not standing still, always evolving, even when earlier trends been revived”, she said. Talking about the way she overcame her challenges, she said she will always be grateful to her amazing friends – “Marianne”, she mentions with glee. “Whatever came my way, I faced Head on, living frugally and always saving money and having excellent friends, like Marianne”. To the youngsters of the day, with all that she experienced and achieved, Anna says that following the dream will take us everywhere. The dream itself drives one forward even when one is stuck in life. “Follow your dream, study hard, stay honest to yourself, be a leader, not a follower”, she says.

This now 70-year-old, young-at-heart go-getter is currently working on a book about her life story. She says that she doesn’t want to think much of her Parkinson as was diagnosed by her doctor and lead the coming years with the same vigor and zest. She truly will. And we are waiting to read her life story. An inspiring walk!!