Learning English through IPL medium is one of the best things you can do today. Check out what Vigneshwaran has to say!
By: swetha_vangaveti
Published: 11 Months Ago
Last Modified: 9 Months Ago
Read time: 5 min read
Views  12

Fresh words that I have learnt in English language are intimidate, implode, explode, muddled, reprieve and yes! I have learnt a couple of new phrases too - In a trice, by the skin of my teeth, two to tango. Well, I come from an English medium background but I have learnt these from IPL medium. Surprised? That's true. My English is going a level up after I started following my new English guru who teaches through IPL medium. He is Mr. Vigneshwaran M and here is all that you need to know about him. Don't miss this!

Straight From The Corporate World:

“I have seen how being able to communicate in English effectively changes one’s life. The common medium of communication is slowly shifting to English and as the first graduate in my family, I have immensely benefited from speaking in English. Being able to train people in this medium and see that change first-hand is what keeps me going.” - says 27-year-old Vigneshwaran M who took up an innovative approach to train people in developing English language communication skills. Vigneshwaran graduated in Mechanical engineering from RMK College of Engineering and Technology and went on to work with Congnizant. However, he didn't find his calling in the corporate world and decided to get rid of the coding routine. During his time with VIT, he happened to complete a Business English Certification and after he quit his job with Cognizant, he joined the SMART Training Resources in Chennai to hone his skills as a trainer. There was no looking back from there on. He trained large number of undergraduate students at Vellore Institute of Technology in soft skills. He is also training the students of SRM Institute of Science and Technology alongside training the employees of Cognizant and Sutherland in communication skills. He has been instrumental in honing the verbal communication skills of over 15,000 graduates from across the country so far.

Not A Conventional Trainer:

Vigneshwaran doesn't go for the routine English training methodology. He rather knows that verbal communication skills are learnt better through creative and innovative approaches. This self-made man who also trained people on resume building and interview skills, took to cricket for teaching vocabulary to his viewers on YouTube. During the 2020 lockdown period, Vigneshwaran decided to put the time he got to proper use. He started making 2-minute video series on YouTube where he explained various words and phrases in English language. These videos not only are informative and useful but they are interesting and appealing too. It is because Vigneshwaran connected them with the love people have for Indin Premier League (IPL). As many people would watch matches with great interest, he thought of picking up the words from the commentary to teach his viewers, English. Instead of traditional methods of teaching English language, Vigneshwaran combined the love for cricket with English language teaching to make it more fun and exciting. He thought that his way of teaching shouldn't create the feeling of rote learning and he therefore picked up the IPL medium. He also mentioned that it was how he learnt the language personally. "My love for cricket meant that I would read the commentary on my phone along with a few blogs and also the post-match review. Through this, I was able to improve my vocabulary to a great extent," says Vigneshwaran. And that's what he wanted to give to the people too. He mentioned that he wanted to pick a known topic and explore an unknown facet of it through his videos. When he was at his home during the lockdown that Vigneshwaran thought that he could take his knowledge to the masses. "Cricket is very relatable to every Indian and I thought about using that to help others understand and learn the English language better. When we teach a new language, we always cite an example from something that students know about to make them understand a new word or concept. This time, all they have to do is watch a cricket match and understand the word or phrase that is being discussed," says Vigneshwaran explaining the funda behind his teaching methodology.

While everyone watches cricket, most of them do not understand the meaning of words and phrases that commentators often use. Vigneshwaran steps in here, to explain the meaning behind these words and phrases through his 2-minute videos. Talking about his video on ‘Houdini Act’, he says, “Houdini was a celebrated American escape artist, and the term Houdini’s Act refers to the successful completion of an impossible task. In the IPL context, the commentators referred to Rajasthan Royals pulling off a Houdini’s Act during one match". This was picked up by Vigneshwaran to explain the term to his viewers. In another instance, in the closing ceremony of the final match between Chennai Super Kings (CSK) and Kolkata Knight Riders, Indian commentator Harsha Bhogle asked CSK captain M S Dhoni, how he ‘conjured’ the win. To this, Vigneshwaran says, “I was intrigued by the word and when I looked it up I found that conjuring meant making something happen out of nowhere. In my mind, the word ‘conjuring’, thanks to the movie, only had a scary connotation.” In his video, he goes on to explain the meaning and usage of the word 'conjuring'. To make these videos, Vigneshwaran does a lot of ground work. He watches and reads numerous blogs and commentators. He spends close to three hours on basic research before he can get the script and content for the video. “I keep researching until I come upon a new phrase or term to work with. I enjoy watching the match live on television and reading the commentary alongside. That helped me build my vocabulary, even as a young boy,” he explains. He further says, "Cricket has taught me so much and I am glad I am able to share my learnings with others through my YouTube channel Let’s Learn.”

All of the videos of Vigneshwaran on YouTube help college students and professionals better their English vocabulary and speaking skills. With over one lakh subscribers we can understand how well people are enjoying to learn from his videos. Why late? Check out how learning English through IPL medium feels like!! 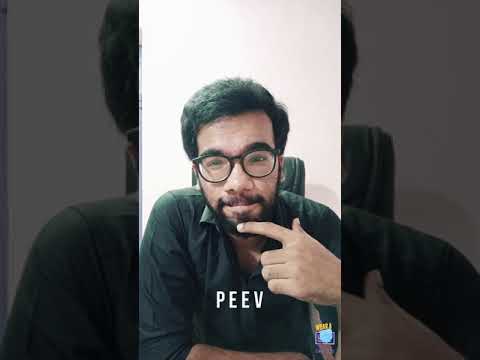