Most of us have tried solving a Rubik's cube. Every time we find a Rubik's cube, we venture up on it seriously trying to solve it in as many ways as we can. Sometimes, after hours of mind sweating, we succeed but sometimes all our attempts go in vain. This miraculous 3D puzzle is one of its kind in improving the memory and concentration abilities of anyone irrespective of age. One who is able to crack this puzzle in the least time is greatly applauded. But what if one creates outstanding mosaics out of Rubik's cubes? Hundreds and thousands of Rubik's cubes aligned together to form a massive, attractive complete structure is the magic unveiled by a young engineering graduate from Karnataka, Prithveesh K Bhat.

A Student Of Science Who Loves Logic :

Born on 23rd December 1995 to K.Shyam Prasad and Prasanna Prasad in Udipi, this Master of Engineering student has walked a thousand miles ahead in using his logic and reasoning to create something beyond normal and this zeal gifted him with numerous world records and also a Doctorate!! 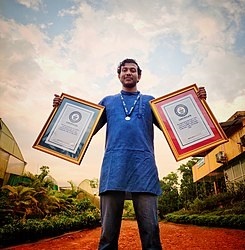 Different From The Lot:

Solving Rubik's cube can be done by anyone after some effort and application of logic. But Prithveesh wanted to do something beyond that which stands as a true test of intelligence. So, he eventually started a unique form of art called Rubik's Cube Mosaic Art. 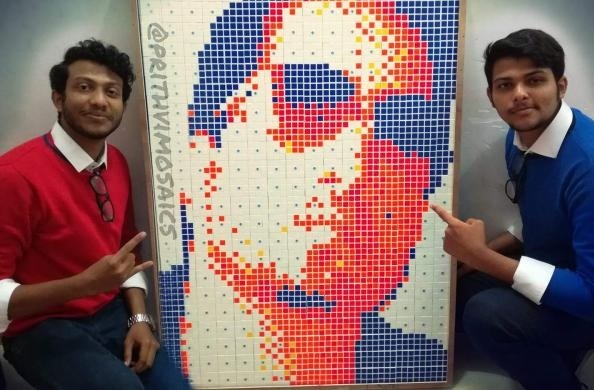 His Contributions To The New Art Form:

On October 2nd, 2016, at Indraprastha Indoor stadium, Prithveesh along with his team ′SDMIT Cubers′ consisting of 20 members created a vertical Rubik's cube mosaic wall that portrayed the picture of Rowan Atkinson's Mr. Bean on one side and Charlie Chaplin on the other. The mosaic wall consisted of 4500 3x3x3 cubes measuring 14.98sqm standing approximately15 feet tall and 10 feet wide and was built in 7 hours. It was listed in the Guinness Book of World Records as ′Largest Dual Sided Rubik’s Cube Mosaic′. 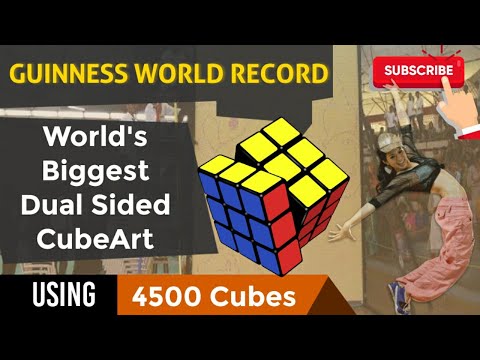 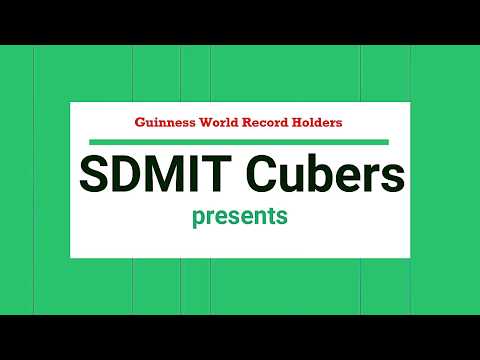 In 2017, along with his brother Pradeesh, he created an idol of Lord Ganesha with 250 Rubik's cubes at 'My Friend Ganesha’- an idol making contest held at Bharath Mall, Mangaluru. He was declared the winner for creating Ganesha idol with reusable material in an innovative way. The Rubik's cubes used for the idol preparation were later distributed to school students to promote the importance of solving puzzles that help enhance their mental abilities. Later in 2019, as a part of spreading awareness on tiger conservation, he made a portrait of tiger with 1200 cubes. 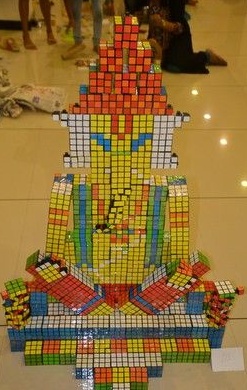 While Prithveesh was in a thought to create something different after making so many portraits, an offer from Hindustan Coca-Cola Beverages Private limited (HCCB) knocked on his door. He was asked to create mosaic art for their beverages. He then created a mosaic displaying their diverse range of products with 7400 mini cubes. It was so challenging to Prithveesh as he had to pick up the right colours for the task. One wrong placement of a cube would lead to the distortion of whole product. However, he was successful in appropriately showcasing the wide product range of the company. 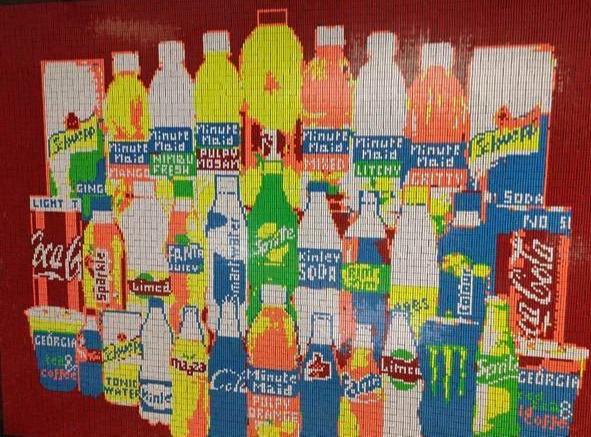 Magnificent portraits wouldn't appear without ample effort and ground work. Prithveesh doesn't perform the mosaic art directly on the cubes while creating a portrait. During his graduation days, he had developed a software using which he would first create a graph of Rubik's cube arrangement and then decide upon the final picture. That is, the same pixels will first be traced over a graph sheet to create permanent Rubik's cube portraits.

Passing On The Art To People:

By organizing workshops pan India, he has trained over 5000 people in solving Rubik's cube. It all depends on Mind-Hand-Eye coordination and so learning to solve such puzzles will help improve the standards of understanding, logical thinking and mental ability among everyone irrespective of age and educational background. His book "Rubik Magic" deals with quick and easy solutions to a Rubik's cube puzzle. He has received an honorary doctorate from World Records University in 2017 in a convocation held in Haryana.

His aim is to train more people and make as many speed cubers as he can. People with a powerful thinking capacity ignite several minds and thus make way to a rationale world. Let's say cheers to this young man and wish him more laurels in the years to come.