Bandana Rai is from the Gangtok region of Sikkim and the responsibility of representing the north east region in its entirety was entirely dependent on her fragile shoulders for she was the only one to show up from there.

Organized by Dev Jindal, owner of Allure Tabloid at the Ashoka Hotel in New Delhi, the Allure Fashion Tour’s Mrs. and Miss India 2018 is a series of competitions with varying categories where beautiful women from around the country come together to represent their region and woo the audience and judges with their charm and beauty.

The competition has three major categories – Mrs. Classic (35 years and up), Mrs. India (28 -35 years), and Miss India (18 - 27 years). Before the finals, a grooming session takes place whereby the contestants are prepared for what may be the best competition for a budding model.

The World is a Runway

Bandana manages to leave glitter everywhere she goes. If fashion were art, she’d be the canvas. Every day is another fashion show and the world is her runway. Bandana, along with the title of Miss India also won Miss Ramp Walk at the pageant.

Her beauty hasn’t gone unnoticed for she also holds the title of Miss Kirawa Rai Sikkim which was held at Namchi in 2016. The undisputed beauty also participated in the Red Panda Winter Carnival show which was held last year. The carnival is Sikkim’s most awaited festival with promising fun for both locals and tourists. 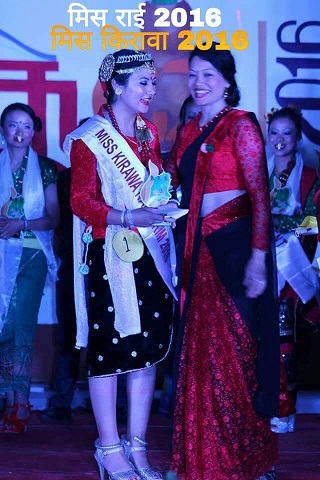 Now with her most recent win, Bandana has opened a door of opportunities. Opportunities that will introduce to the world, the glorious streak of an up and coming model. The only one of her kind representing an entire region in the grand platform.

Bandana received a yearlong contract with Allure Fashion Tour for photo shoots, ramp walks, and a chance to be part of the glamorous world of fashion. She has also been offered a role in a south India movie – a dream come true for anyone- which will also see a remake in Bollywood.

Of a staggering number crossing 50 contestants, 19 lucky ones were selected and shortlisted for the finale of Allure Fashion Tour. Our glam doll Bandana managed to reach top 5 before she was crowned the reigning queen.

Glamorous since childhood, it was her dream to become big in the fashion world. She always carried herself with utmost grace and perfection, hitting the gym whenever necessary to enhance her god-gifted grandeur.

Bandana has never taken a day off from all the glamour. She practices her walks, her talks, and her expressions from video tutorials. Not a day goes by where she isn’t working on herself. It pays to see your hard work come to life. When you finally taste sweet success and make yourself proud of your achievements.

Bandana truly is the daughter of Sikkim. She made Sikkim proud at a national level and now there is no turning back. She will go places and she will do wonders.

The next item to check off on Bandana’s list is the upcoming Femina’s Miss India pageant. We wish her all the best!