Sumit Sadawarti is the first of his kind, a true musical genius!

Sumit Sadawarti is the first of his kind, a true musical genius and finalists from Delhi at The Korean Pop Culture 2016 Semifinalist on Asia's Got Talent 2017
By: sukanya
Published: 4 Years Ago
Last Modified: 4 Years Ago
Read time: 2 min read
Views  226

The painter’s got a canvas. The writer’s got sheets of empty paper and a musician? A musician’s got silence, said a great man once.

Creating massive waves in the music world with a heartfelt pitch is the musical genius – Sumit Sadawarti. With his deep voice, one that is full of his soul -a soul that was left shaken by life- he strikes a chord with his audience. With each note, he draws in anticipation from the crowd and with an overwhelming performance, he leaves everyone teary-eyed and trembling for more.

Sumit found his voice amidst a chaotic outburst of bullying and depression. He was pushed to the edge, beaten and battered, left with no confidence or support to make it big in life. He was told he won’t be able to do it, yet here he is – standing tall and loud!

At a very young age, Sumit realized the importance of music in his life. He spent countless hours exploring the many genres that spoke to his heart and at last came across his one and only true love – Jazz.

A self-taught Jazz, blues, and soul singer, Sumit worked real hard to turn his passion into his career. During his time studying literature as a sophomore at Ashoka University, he did several small-time gigs, worked with a number of managers, and somehow pulled off a tight schedule.

He heads the Broadway Society, was one of the finalists from Delhi at The Korean Pop Culture Festival in 2016, and has also performed for YouTube Indie Music Outreach.

It was then, as though a sign from the universe, he received an email asking him to apply for Asia’s Got Talent.

He sent in a tape of him performing Nina Simone’s ‘Feeling Good’ and before he knew it, he had made it onto the show and there was no turning back. 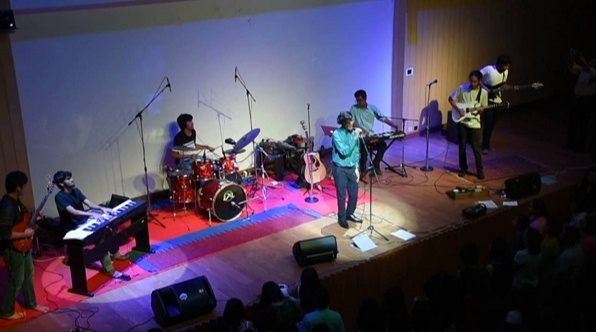 Imagine an Indian, to be the first of his kind, doing wonders overseas on a grand platform – Sumit had every Indian rooting for him. The pain and sorrow in his voice was felt by everyone who lent their ears. The crowd resounded with his voice and he became a terrific sensation!

He became the first Indian ever to have reached the semifinals of Asia’s Got Talent. With his beautiful cover of Ella Fitzgerald’s Cry Me a River, he made it big on an international platform and won the hearts of all!

The 22-year-old was so good that David Foster, a popular Canadian musician, himself performed alongside Sumit on the stage asking him to take him along on his journey, wherever he may go. 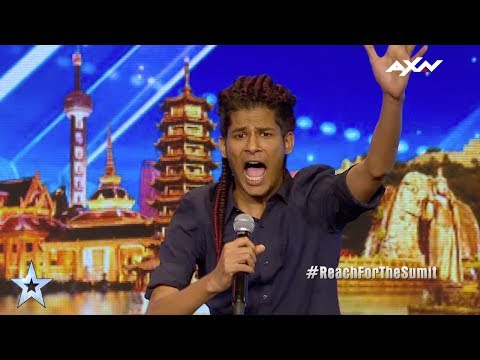 Off the instruments, Sumit can play the piano and the ukulele, but in his heart, he is a true singer. He is currently working on some of his own songs from his album that he wishes to draw from his own experience. Coming up with lyrics at the go, either randomly in the shower or during an evening stroll, Sumit is working up a soulful melody that speaks directly from the heart!