Karan Johar is all set to screen the story of this unsung hero. The iconic man in Indian history.

Indian Lawyer who is known for having shook the mighty heads of British Empire has a rip-roaring story to tell. Karan Johar wants to show it on the big screen.
By: swetha_vangaveti
Published: 1 Years Ago
Last Modified: 1 Years Ago
Read time: 6 min read
Views  68

When Dharma Productions and Still and Still Media Collective announced that they would screen the story of Sir Chettur Sankaran Nair, the nation looked at who the man is. This highly venerated figure who was the most influential personality back in pre-independent India somehow went behind the pages of the books with very few people knowing about him. But with the latest announcement made by Indian filmmaker Karan Johar, we felt delighted that the story of this powerful man comes to be known to the world. In this context, we present before you, the achiever of remarkable changes, the lion that roared against the English atrocities before the English Jury in the English court, Sir Chettur Sankaran Nair.

Sir Sankaran Nair was born on 11th July 1857 in the Palakkad district of Kerala in a Hindu Nair aristocratic family. His parents are Manmayil Ramunni Panicker and Parvathy Amma Chettur. His education began at home and he went to schools in Malabar along with the Provincial School at Calicut. He then joined the Presidency College, Madras from where he graduated in Arts in 1877. He later went on to pursue law from the Madras Law College and started his career as a Lawyer in 1880 in the High Court of Madras. He was appointed as a member of the committee for an enquiry into the state of Malabar by the Government of Madras in 1884. Till 1908, he served both as the Advocate-General to the Government and an Acting Judge from time to time. From 1908-1915, he worked as a permanent Judge in the High Court of Madras. During this time in 1902, the Viceroy Lord Curzon appointed him as a Secretary to the Raleigh University Commission. He also served as a councillor to the secretary of state for India in London in 1920–21 and as a member of the Indian Council of State from 1925. He was also the chairman of the All-India Committee, which in 1928–29 met with the Simon Commission (Indian Statutory Commission, comprising British politicians) concerning Indian constitutional problems.

Highlights Of His Dashing career:

Sir Sankaran possessed independent views and he was extremely outspoken about various issues. He would never tolerate the wrong-doings and mishappenings and raised like a lion roaring on top of his voice. He held high positions in the government which were barely open to the Indians of his time. He had the courage to oppose the nationalist movement led by Mohandas Karamchand Gandhi and also condemned its forcible suppression by the British Indian government. During his tenure as a judge at the Madras High Court, he gave a remarkable judgement in favour of conversion to Hinduism. He founded and acted as an Editor to the Madras Review and Madras Law Journal. During his term in the Viceroy’s council that he joined in 1915 where he was a member for education, he would often suggest Indian constitutional reforms. He also explicitly supported the Montagu-Chelmsford plan, according to which India would gradually achieve self-government within the British Empire. It was 1919 and with the horrifying descriptions and complaints he received about the Jallianwalla Bagh massacre, he resigned from the council protesting the use of martial law to quell the unrest in Punjab. “Almost every day I was receiving complaints, personal and by letters, of the most harrowing description of the massacre at Jallianwalla Bagh at Amritsar and the martial law administration. At the same time, I found that Lord Chelmsford [the Viceroy] approved of what was being done in Punjab. That, to me, was shocking.”, Sir Sankaran mentioned in his autobiography. His resignation meant so effective that the censorship of the press was immediately abolished and the government terminated the martial law in Punjab. A Royal Commission was established which was presided over by Lord Hunter to investigate the happenings in Punjab. After resigning, he went to London to showcase the immoral acts of the British in India. In a debate in the House of Commons, Winston Churchill, the then Prime Minister of England, accorded that Jallianwala Bagh“ is an extraordinary event, a monstrous event, an event which stands in singular and sinister isolation”.

His book Gandhi and Anarchy written in 1922 attacks Gandhi’s Non-cooperation Movement as well as the British actions under martial law. A British court held that Sankaran’s work defamed Sir Michael Francis O’Dwyer, the lieutenant governor of India during the Punjab rebellion of 1919. As Nair accused O’Dwyer to be the one responsible for the atrocities at the Jallianwala Bagh massacre, he had to attend a courtroom battle in which he fought against an Englishman in an English court. The case was argued by Sir Sankaran Nair himself who was a lawyer at the Court of the King’s Bench in England for six weeks making it the longest in history till then. This ferocious battle exposed the horrors of the Jallianwala Bagh massacre and the atrocities committed in Punjab by the British. Though it was openly a biased judgement at the end, Sir Sankaran refused the opportunity to go for a second trial saying that he has no trust. He also mentioned that even if the Jury unanimously declared him guilty, he would not lose his reputation. He also agreed to pay the huge sum of 7,500 pounds rather than apologizing to the complainant. He didn’t lose the case as it was evident and explicit that the judgement was biased for the Englishman. He stood tall in the history of India when it comes to the matter of Indian constitutional freedom.

Get Ready To Know Who This Mighty Man Is:

Though Sir Sankaran Nair was the iconic figure in the history of India, we should lament the fact that India forgot him. He remained an unsung hero far from the history texts that students read. But not anymore. Thanks to Karan Johar who is now getting the story of this former Indian National Congress President onto the sets. This film is adapted from the book, ‘The case that shook the empire’ written by Nair’s great-grandson Raghu Palat and his wife Pushpa Palat in 2019. Talking about the same, Raghu Palat said, “My wife Pushpa Palat and I co-authored the book, The Case that Shook the Empire, which brings alive a tumultuous era in Indian history. 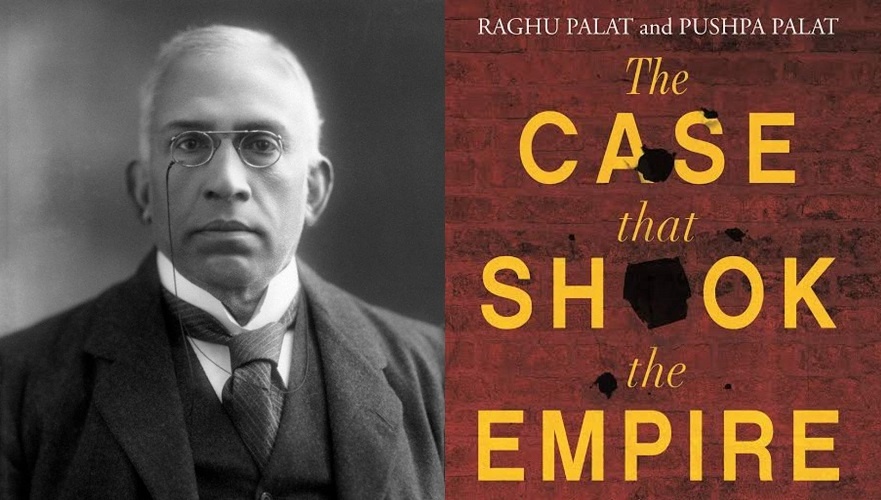 We met Karan Johar sometime last year. He said he was very much moved by the arguments of Sir Chettur Sankaran Nair in the highest court in the empire at a time when it was unusual for Indians to stand up against the British. We then gave the rights to make a film based on the book. Two days ago, Karan Johar rang me up and said they were proceeding with the film.” The film is going to be directed by Karan Singh Tyagi, the cast of which is yet to be revealed.

Indian cinema is taking turns for good. Looks like gone are the days where the unnecessary valour of the hero, overly innocent and glamorous heroine, utterly cruel villain and extremely melodramatic parents dance their moves on the screen. While the filmmakers are taking steps to show the public, the truths, the facts and what was buried centuries ago, it is being equally welcomed by the audience. May many stories of unsung legends reach the people through the influential medium of cinema. Sir Chettur Sankaran Nair will now be known to everyone of the day and in the years to follow.