Meet the brave soul who travelled beyond gender and became the first transgender to receive the Padma Shri.

Transgender Bharatanatyam dancer-recipient of Padma Shri. Runs a Trust. 85 percent of the Trust proceeds is used for the welfare of the transgender community.
By: swetha_vangaveti
Published: 2 Years Ago
Last Modified: 2 Years Ago
Read time: 7 min read
Views  80

Wide eyes that smile vibrantly and speak a million words, and expressive a face that dissolves your soul into its eternity, palms displaying the perfect mudras, and the glowing feet in red rhythmically leading you into a world of bliss - wondering what I'm talking about? Well, all I'm talking about is the lavish feast offered on to our plate when we go sit in the auditorium to witness the performance of Narthaki. The name itself tells us what she is all about - a dancer. A dancer, not an ordinary dancer but the one who fought countless battles to let her dance kiss the heart of Nataraj. If I have to address this person as He, then immediately I feel like addressing as She in the very next moment. But Narthaki doesn't give her ear to this. Let's get into exploring the empowering journey of Narthaki - the brave and self-standing soul who is transforming the stereotypical notions of gender.

The spectacular performances on Shriranga Padams and Jaavalis will leave an imprint in your eyes when Narthaki performs them with all grace showcasing the Nayaka-Nayaki bhavam. The mesmerizing feminine moves take you through the crests and troughs of magnificence. You shall adore the Abhinaya and ask me anything further if you don't wait to meet her post the performance. But, beyond meeting your adorable dancing idol, you would love to know who she really is. Ask the pages of 11th standard language textbook of Tamilnadu government. They will introduce you to this dancer in a way you can ever imagine.

Rose from Chaos and Confusion:

Natraj, a boy who was born in Madurai with a silver spoon was expected to lead a normal childhood just like every other boy. But things were not the way they were expected to be. The boy started getting inclined towards what girls like, their behaviour, their attitude, and so on. He started incorporating a girl's body language and realized that he is a girl from within. At 10, he confessed the same to his parents. His parents went through utter shock and bashed the young boy. He was pestered to behave properly like a boy and was pressurized to go out and play with the boys of his age - all that he couldn't really do. His parents made every single attempt to change the behaviour of the boy but failed to make him live like a boy. There was anger, worry, dissent, and immense frustration from the side of his parents and family. The boy was forced to be like what he is not. Finally, they had decided to leave the boy alone and threw him out of the house. Natraj, the girl in a wrong body, who was thrown out of the house at the age of 11, transformed after two decades, into Narthaki Nataraj. 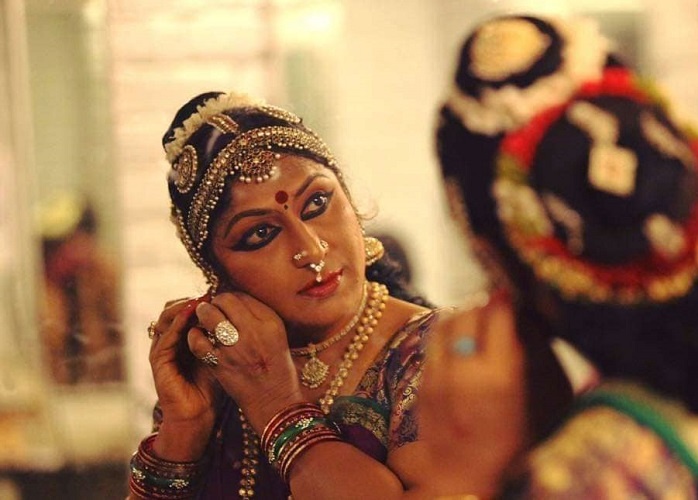 Dance - The Only Essence of Her Existence

"More than her dialogues, it was her flawless expressions through dance that bowled me over,” says Narthaki. Again, when her interest was spotted by her parents back then, they were outraged as Bharatnatyam was believed to be a female's art form. But when Narthaki was left alone after being sent out from home, it was this dance that embraced her and gave her comfort. 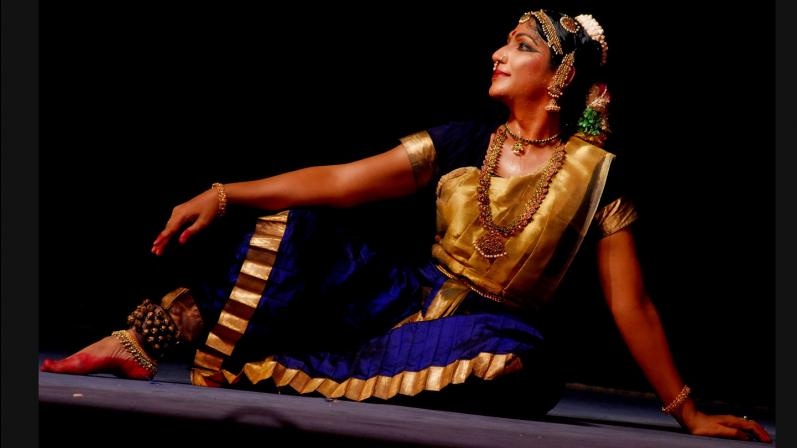 Diving Through the Odds:

The lonely child, who everyone gave up on, was held affectionately by her best friend, Shakti. Thanks to this girl who stood by Narthaki through her thick and thin - it was because of her that Narthaki had a belief in the goodness of everything. Together, they faced life's vicissitudes. They did odd jobs and survived with just water on a few bad days. While a few of their well-wishers offered them shelter, the duo earned by performing Bharatnatyam dance at small functions and temples. With the money they earned, they managed to eat and also finished their schooling. 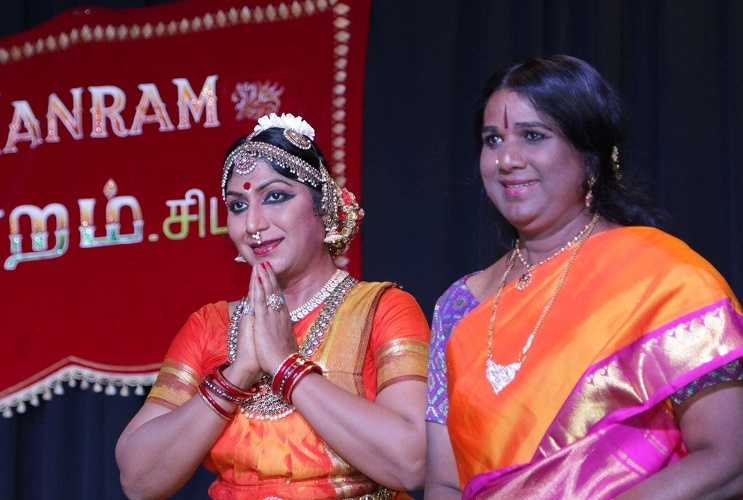 Dance as A Way of Life:

While they have been performing with local troupes in temples and small functions, Narthaki came to know about Kittappa Pillai. Little did she know at that time that her life is going to be transformed in his hands. Kittappa Pillai is a scion of the famous Tanjore Quartet and Vyjayanthimala’s guru. The duo rushed to Thanjavur to become his disciples. But is it that easy to become his students? After coming to know that there's a young girl who is trying to set her own path in Bharatnatyam, Pillai called Narthaki to a Live witness one of the performances of Vyjayanthimala at Bengaluru. Narthaki's joy had known no bounds. She thought that the guru accepted her as his disciple. But the guru never spoke about giving dance lessons to Narthaki instead gave several invites to witness various performances across South India. Travelling across South India and buying tickets every time she was given an invitation became financially troubling and hectic to Narthaki. But she didn't take a back step. She went on to attend every program that Pillai asked her to. Finally, one fine day, the guru said, "Come tomorrow. We will start the class." All that the guru did until then was to check her level of endurance, perseverance, and passion. The girl passed the test and the rest is history.

"I took some fruits and flowers as ‘guru Dakshina’ and I began the unforgettable phase of my life,” she recalls.

Narthaki's dance lessons began at the Pillai’s hall in Ponniah Natya School. Pillai started nurturing her with the cinematic style of dancing initially and slowly taught her to adapt to the traditional dance form. During the time when no one could digest a transgender perform Bharatnatyam, Narthaki's initiation into dance met with immense opposition, taunts and jeers but what can stop a steel soul from giving the best?

“In a year, I learnt a full Margam (course). Guruji usually did not teach rare compositions to everybody on completing a Margam, but he made an exception in my case.", says Narthaki proudly. Her first stage performance, (Arangetram) that was held in 1983 was attended by the then Mayor. That was an unforgettable experience that she forever cherishes.

Narthaki was bestowed with numerous awards like the Sangeet Natak Akademi Award in 2011 and the Kalaimamani Award in 2007. In 2019, she was conferred with the fourth highest civilian award, the Padma Shri and became the first transgender to receive this award.

"The award reflects my merit as a Bharatnatyam dancer. All the negativity has transformed into a great victory.", shares Narthaki. 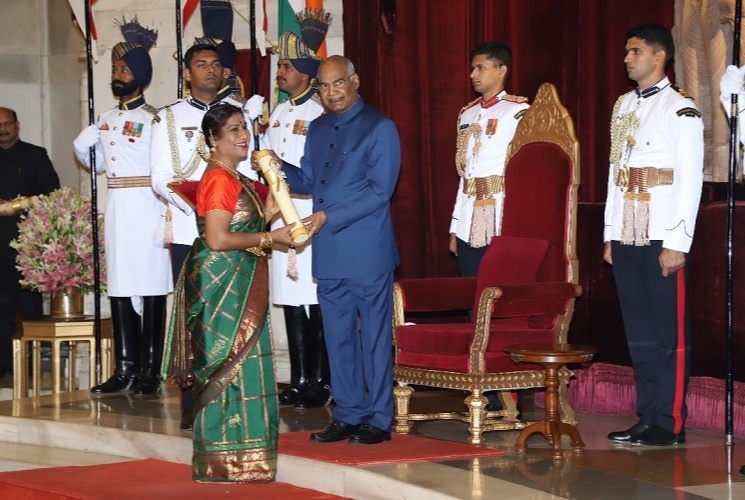 Spreading the Fragrances of Goodness:

Narthaki Nrutya Kalalayam in Madurai and Velliambalam Trust School of dance in Chennai are the plants germinated from the seeds sown by Narthaki. She runs Velliambalam Trust and about 85 per cent of the Trust proceeds are used for the welfare of the transgender community. Also, these institutions not only teach dance to students but also uplift and promote underprivileged students who are inclined towards art - because art must not be crippled by barriers. She has trained thousands of students so far and many of them run dance schools across the globe.

Narthaki often goes to schools on the invitation to motivate students. She speaks about gender identity crisis and throws light on such ambiguous scenarios and tries to incorporate the feeling of inclusiveness in kids.

"You being a male or female or third gender is natural. You can’t change it. You don’t have to. It is your inner soul that you have to identify with. Only self-trust and confidence is all it takes to achieve success,” Narthaki says.

A Human with Immense Strength:

Even after being blessed with good physical well being and family support, even after the educational and social needs are met, people crib about something that they lack in. But just imagine how it would be when you are deprived of parent's support and love, education, social acceptance at a very tender age! Still, Narthaki found herself. She found her life. She lived her life and is now striving her best to restore the shattered lives. Gender should never stop you from being what you are. Gender is not to define who you are. Gender is not to prevent you from living your life. Life rewards those who reward themselves. Let's wish more power to the people who suffer from a gender identity crisis and may Narthaki stand as an inspiration to everyone. Kudos!