Odissi dancer was once ridiculed for his love for moves. From attempting to suicide to becoming one of the prominent Odissi dancers, his life is inspiring.
By: swetha_vangaveti
Published: 1 Years Ago
Last Modified: 1 Years Ago
Read time: 6 min read
Views  9

What can beat a mother's love? Even if it's an uneducated, helpless woman living away from all the source of knowledge and skills, if she is a mother, then, mind you, she is the strongest of all - especially when it comes to her kids. Mothers are the strongest supporters and pillars of power that a child can have. They are the super-loaded batteries who come running to recharge their children the minute they find them low. Just go and sit with your mother for a few minutes when you feel lost, she will open the powerhouse in you and present it to the world - your self-confidence bar rises to an infinite point. The story of Prem Sahoo is inspiring in itself in the way he dealt with ridicules and taunts. But the steel spine behind him was his mother who kept the boy going. This story of Prem Sahoo is an interesting piece that binds you with a zeal to achieve something in life along with clapping for his mother who turned him into an inspiration.

"Why not?", questions Manjulata targeting everyone who finger-pointed her son who is inclined towards classical dance. When it comes to talent, does gender even matter? When Prem Sahoo, a professional Odissi dancer credits his mother, Manjulata, for what he is today, then there's nothing astonishing about it because this lady of mettle was the propelling force when Prem once gave up. 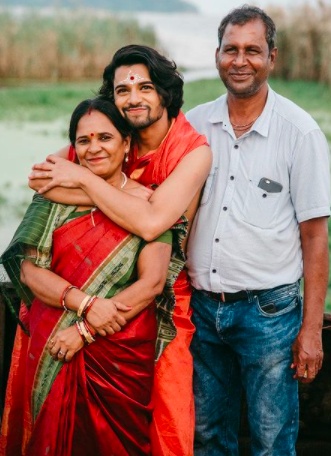 Prem Sahoo was born in February 1990 in Cuttack, Odisha. As a kid, Prem was attracted to classical dance. He was always beyond enthusiastic to go on stage and perform. However, instead of claps and cheers, taunts and ridicules greeted him. Words like Chakka, mitha, nachanya were often thrown at him like pots and pans. Even his teachers didn't miss a chance to pull his legs. “I loved performing at our annual day functions and if I went for practice in between lecturers, teachers mockingly said, ‘nachayanya, go dance’. And when teachers themselves mocked him, the other students got a chance to make a monkey out of him. While it's the case outside the home, the whole scene goes in a reverse direction in his house. His parents, especially his mother is always mesmerized by the talent of young Prem and she always encouraged the boy showing him examples of established male dancers like Pandit Birju Maharaj. She also enrolled him on Kathak classes when the boy turned 13. When Prem went to learn Kathak, he loved the dance so much that he didn't pay attention to the uncomfortable stares of the female students and taunts from the people around him. He felt joy and peace in dancing. As days passed with the bliss of dancing, one day an incident took place after Prem finished his semi-classical performance at a social gathering. "I was inside my green room when an elderly uncle approached me. He started touching and groping me. I froze for a second before pushing him and running away. I ran till I found an isolated corner and cried incessantly. That was a triggering point and I decided to end my troubles with my life,” says Prem. Having developed extreme dejection that resulted from his favourite art, Prem couldn't take it any longer. Taunts, bullying, uncomfortable incidents he faced every day - nothing he shared with his parents in order not to worry them. This extreme pressure made him to attempt suicide when he locked himself in his room tying a handkerchief around his neck. While pulling the strings of the handkerchief to stop his breath, Prem remembered his parents to whom he was the only son. He thus decided to quit dancing. Not only this decision has isolated him from his dance, but it also kept him away from people. He preferred staying alone always, in his room. He danced when he was all alone and ensured no one watched him dance. What Prem was going through fell in the eyes of his mother. She could sense all the pain though he didn't reveal it. “I couldn’t see my baby in misery. I knew I was losing my son and I had to do something about it. I made him believe society didn’t have the power to decide his destiny,” says Manjulata. She jumped into action and filled his mind with words of wisdom and power. She spoke about the realities of life, people, society, and how should one go about carving their own way in life. “Mom told me people are going to talk irrespective of what I do. Instead of succumbing to their pressure, I should focus on perfecting my dance form and let that speak. Not paying heed to people and focussing on my own thing was the most liberating and life-changing advice,” says Prem who remains thankful to his mom forever. Manjulata says, "As far as dance is concerned, why should anyone’s talent be dominated by gender? If it’s about preserving our pristine glory and customs, then it’s important to note that this sacred dance was brought to the public by Gotipuas (boys dressed in female attire) in the 2nd Century BCE. Gurus like Kelucharan Mohapatra and Deb Prasad Das are the conservators of Odissi so it’s a little ridiculous when the so-called protectors of our culture raise gender-related concerns". Mother's words have got a profound influence on the boy and his way of life took a swift turn. 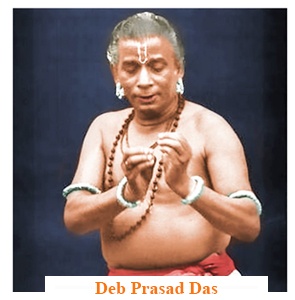 At the age of 21, Prem joined Odissi dance classes. The sublime movements, gestures and expressions of Odissi drew his soul and he totally melted into the dance form within no time. With his dedication and reverence for the art, he excelled in the dance form very soon and also bagged a two-year scholarship at the Sahitya Kala Parishad in Delhi. “The dance is an amalgamation of vigorous and graceful movements. The intrinsic footwork, soulful expressions and spins made me respect the form.”, he said. The sun motif costumes which were complemented by a torso would sink into the raagas while the feet swayed with grace. 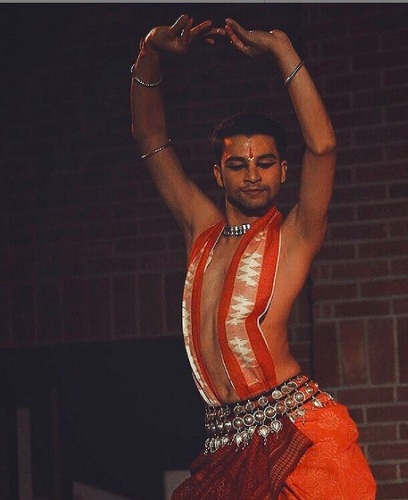 “Learning Pallavi, which has an elaborated raga, is very demanding. It took me almost a decade to master the sync between my footwork and my facial expressions. Initially, my taal sense was also into the doldrums. I love lasya and abhinaya, which are on the softer side. It involves storytelling that helps me connect with audiences emotionally.”, he shared his joy while he dwelled in the world of dance. Prem, who is currently sharpening his skills under Padmashri Madhavi Mudgal at Gandharva Mahavidyalaya, started doing numerous stage shows. 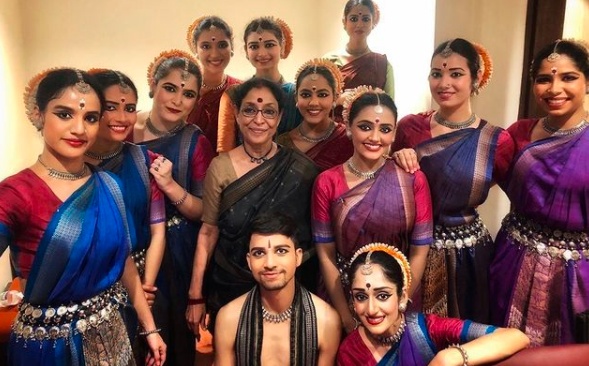 His levels of confidence increased and he stopped focussing on taunts that kept pouring even after his success. He centered his eyes on praises and constructive criticism. When he performed at the Odisha Society United Kingdom Festival in London, an old lady walked up to him and said that she cried at Prem's soulful dance on a bhajan. "She said she experienced a divine feeling and that for me remains to be my biggest achievement. Evoking people’s emotions through dance is the highest honour for any dancer.”, he said with joy pinking his cheeks. He attributes all the success and fame he has gained today to his mother.“She is the bravest and most kind woman I will ever know,” Prem says.

Thanks to the mommy-queen who turned her little prince into a firm man who now doesn't run away from people's mockery, but answers them with his graceful moves. We wish Prem a life filled with all the bliss he derives from the ghunghroos he wears.