Dolphins dance to his Handpan music. Have you heard of this instrument?

Low phase of life brought the best out of him. Delhi-based man develops a handpan instrument and says that his "Kalakari Village" is a platform for art lovers.
By: swetha_vangaveti
Published: 1 Years Ago
Last Modified: 1 Years Ago
Read time: 5 min read
Views  16

Musicians play to the muse they have in them and use various instruments to create tunes of bliss. While most of them play instruments, a few go out of the box and "make" their own instruments. One such musician who designed and developed his own instrument that too a unique and a "one-of-its-kind" instrument is Muki Sablania. While we walk you through his journey, you will be mesmerized by looking at how he naturally acquired the skills and how he identified music as a means to peace and tranquillity.

Journey into the World of Music:

Muki Sablania was born and raised in New Delhi and was graduated in Fine Arts from the Rajasthan School of Arts. Ever since childhood, he had the habit of drumming his fingers on tables and other objects that produced sound. Be it a spoon or a tabletop, everything that produced music fascinated Muki. "I play on many musical instruments, all created from things found at home as we could not afford grand instruments.", he said.

He made a guitar and a cricket bat once and ever since then, he realized his pro side in handcrafting instruments. Post his graduation, he joined the advertising industry. Once, in one of his breaks at work, his colleague showed a video of an Englishman, Daniel Waples, playing the Handpan. 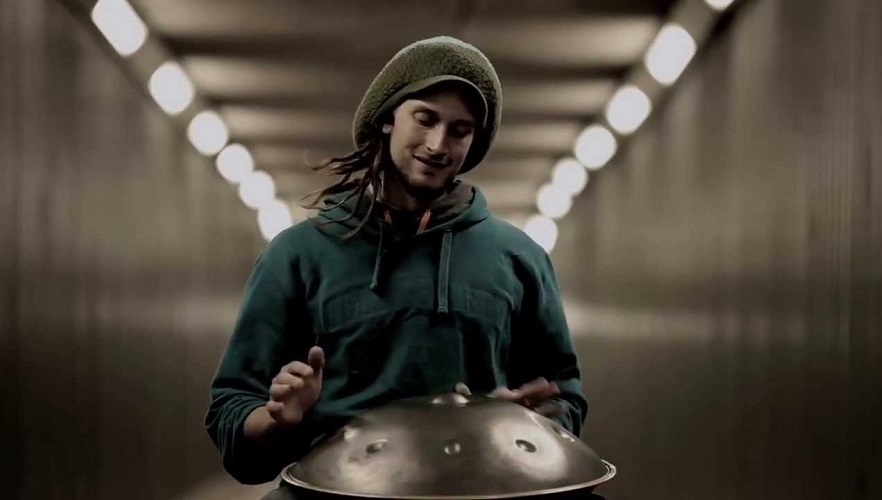 "This was the first time I was introduced to this instrument. I didn't pay much attention to it back then,” said Muki. After working for a good number of years in the advertising industry with sound accomplishments, he quit the job in the year 2013 when it seemed enough for him. Even after leaving his job, Muki felt empty and low. "I stared at the ceiling, week after week, trying to figure out how to get out of this deepening well that was swallowing me.", he shared. One day, he again re-visited the video of the man playing the Handpan. He felt some spark of happiness and tried to find out more about the instrument. “I was feeling down at the time and the sound of the Handpan helped me. It’s very peaceful and spiritual. Convinced that my career in advertising was over and this was probably the only thing that gave me hope for a new start, I looked for it relentlessly.” he said. 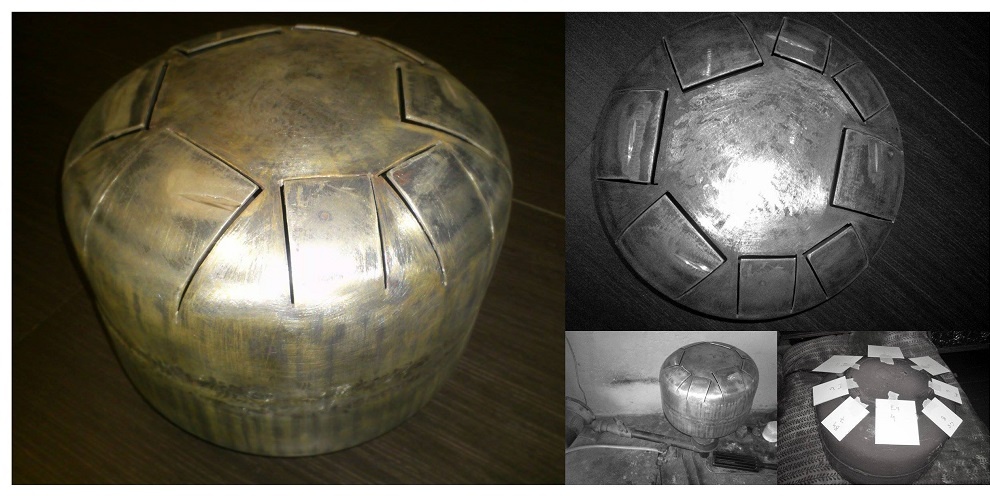 To make the Handpan instrument, he took the help of YouTube instructions and tutorials. He used steel as the base material that he got from Delhi as steel has better resonance when compared to metals like iron. He then gave it to a vendor in Bengaluru who moulded it into the shape of a ‘kadi’. He then drew patterns of lotuses or something spiritual on the Handpan. To tune the Handpan, Muki uses software on his Macbook. Once he gets the right notes, he begins playing. He posted one of his recordings on his Facebook page that attracted the attention of a Handpan maker from Thailand, Sursak. Ever since then, Sursak started making different kinds of Handpans for Muki. "When I initially went looking for a Handpan, I didn't know where to start and whom to approach. I eventually did have makers from the UK and Philippines offering to help, looking at my passion for the instrument,” he said. 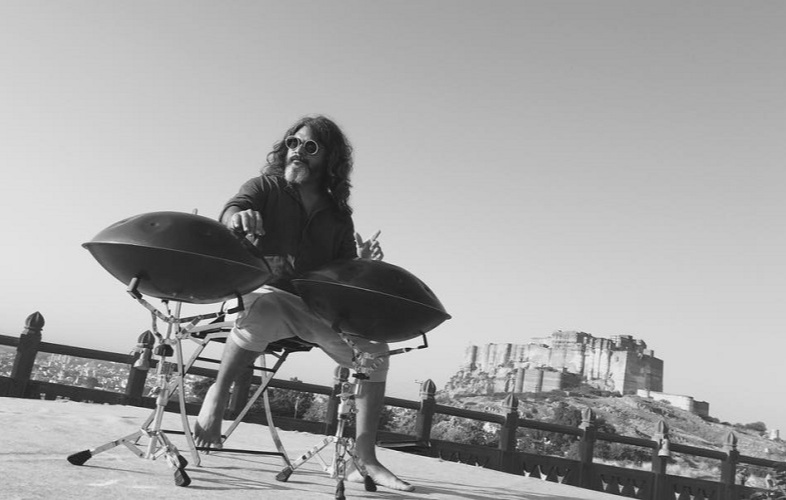 Music - A Means of Transformation:

Muki always carried his Handpan in all his travels. He started becoming happier and started enjoying life's every moment. He also realized that music didn't just heal him but also had the same effect on numerous others. He shares an incident where an Israeli woman showed signs of recovery to his rhythm. "She had a severe injury 7 years ago and had stopped dancing completely, but listening to Muki's playing of Handpan, she wanted to head back to what she left years ago. "Just like how I also found my way back to my first love, advertising.”, he said.

Muki started co-creating experimental music under the name Aparamparagata, which means unconventional. It is an expression of music that resonates with the soul. "Each ‘a’ in Aparamparagata epitomizes the seven musical notes which are brought alive by a medley of unique musicians playing exotic instruments and amazing creatives doing their mind-blowing act.", he explains. This Delhi-based man got an opportunity to move to Bengaluru and was delighted with the idea of temples in the South that gave good inspiration to his music-loving mind. "I’ve heard that there are temples in South India where the pillars have different vibrations to them. This got me interested in coming down here.”, he said. He moved to Bengaluru in 2015 and used Handpans from France and the UK performing alongside sitar and sarangi artistes, apart from artistes from other genres. He also took part in several international festivals in Rajasthan, Chikkamagalur and Hampi.

Muki says that in his journey of finding himself, his wife Manika's support is undeniably great. "We would travel to remote beaches in Goa or the rivers in Hampi. I would watch Dolphins dance to the tune of my Handpan and just find the nature dance to my tunes.", he shared. Manika allowed him the space he wanted and gave him all the support so he could explore the new him.

Muki's Wish for the Days To Come:

Muki is trying various ways to get the percussions instrument closer to a wide range of people. He is working towards making the instrument accessible to people. He is looking forward to creating a platform for people who are in search of creative solace. His idea is to create a village and name it 'The Kalakari Village' where people get to meet and talk to like-minded ones, do some creative collaborations and invent something new. "A space that is so inviting that it nurtures your creativity without letting anything interrupt the creative overflow,” he says.

"Throughout my journey in music, I strongly believe that you can never become a Handpan player. The Handpan plays you. Your fingers touch the Handpan depending on how you feel and your surroundings. There are no rules. Just peace.” says the man of music who is on a mission to provide tranquillity to those who need it. May his journey be carried forward without any setbacks and even if there are any, may he overcome them with the power of music.