Aavriti had shown remarkable passion and confidence to emerge a winner. Upon winning the crown, she appreciated all those who supported her or assisted her throughout the journey. Aavriti finally has been chosen to lead Diva Supranational 2020 by current reigning champion Shefali Sood then sashed by 2019 Miss Supranational, Antonia Porsild. With Covid 19 everyone hopes that the pageant happens. 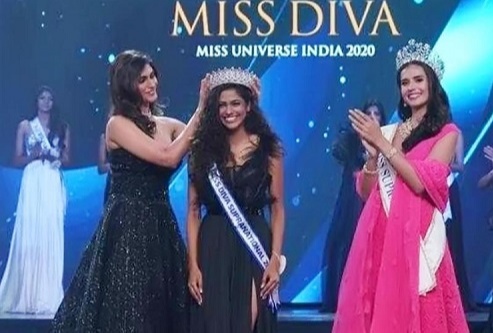 She was born on 4 April 1998, raised at Jabalpur, India. A small town girl dreaming big was always a challenge for Aavriti. It even gets tougher when family members do not extend their whole-hearted support. But there was one person who always believed in her …that was her elder sister who begged her family to let her little sister pursue her big fat dream. Low and Behold.! when the announcement was made...the same family and friends started celebrating-and they now have full faith that she will bring the crown and make India proud. 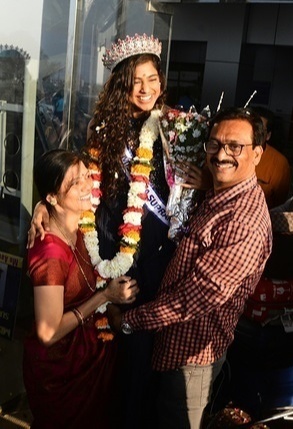 The journey begins with lots of hurdles ……

Aavriti participated in fashion shows in her school and university, where she started loving ramp experiences. From there she began investigating more and built up an enthusiasm for the grand events. The 22-year old model Aavriti stated, "Experiencing childhood in a modest community and thinking ambitiously was consistently a test for her." With enthusiasm for magnificence expos, she generally wished to speak to India at a worldwide stage. When she won the crown, she could hardly imagine how her difficult work and assurance took care of her. Her words "No Pain, No Gain"…

Aavriti started her journey with minimal expertise, and that took some time to modify and live happily in Mumbai. She was prevailing about setting her eyes on sacking the crown of Miss Supranational and figuring out how to deal with the distressing rivalry. Then she didn’t succumb but rather picked up courage to give it a shot.

Aavriti worked hard with one focus to cat-walk and take part in every event with confidence. It was a lot of hard work – from daily yoga, fitness, diet, mental make-up, relaxing, chatting with family etc. Aavriti's tall figure and belief played well for her throughout the contest. With her involvement with India's style business and her stunning compatibility at the finale, Aavriti demonstrated her value incredibly. 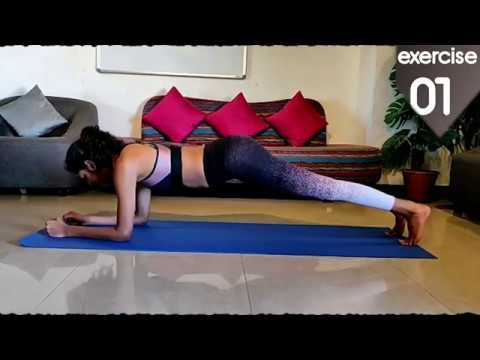 Aavriti auditioned for the Miss Diva 2020 contest, through the Indore auditions and shortlisted as a city finalist. In the culminating round of selections in Mumbai, she got finalized among those Top 20 delegates. Aavriti completed her schooling from St. Joseph's Convent Girls' Senior High School. Afterwards, she regularly attended the Prestige Institute of Management and Research at Indore. Her lecturer, Dr. Nidhi Sharma, had also stated that she's always been a brilliant student and has excellently accomplished not just in academic institutions, but also in extracurricular activities. A nerd one may imagine !!

On her bold walk!

She finds beauty contests as a perfect place to display her persona. Through her sincere and caring nature, she always walks on the toes with excellent grace but faith, that is her fearlessness. She's never nervous. At the point when she strolls, she strolls strikingly with a similar energy and hardcore desire each time on the ramp.

It was all just so effortless. Aavriti’s unique appearance, paired with beautiful skin and flowing hair, enabled her to stand out. Besides other participants, Aavriti glanced like a lady who can quickly learn. So here she won the crown herself.  Her profile is appealing and a bit magical throughout her performance.

Strong motivation and her role model….6

The wavy-haired sovereign Aavriti follows impressions of Miss Universe 1994, Sushmita Sen as her style icon, and also clarifies that Sushmita's confidence and faith in herself is something that she respects. Sushmita is a living example and has shown and contributed so much that no other woman even comes close. 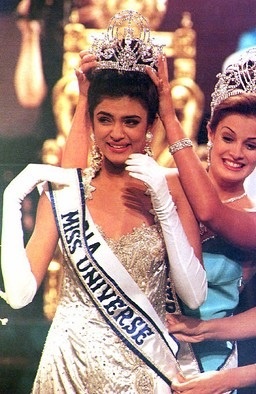 Checkout a rapid round with Aavriti!

She enjoyed spending her day just like that ...... other than preparing herself for the big show; she spends a lot of time chatting with her family members and watching THE FRIENDS web seasons before lying in bed. Her morning begins with a sweaty workout trip.

A gesture of kindness she discussed ...... she replied, "At the age of eleven, she learned about a child in the newspaper and had leukemia and required support. She felt, terrible about her. In that scenario, she, along with her siblings, gathered their earnings and decided to donate them to her. Until then, she has kept raising funds for those in need.

The most important figure in her life...... Aavriti's elder sibling, whom she used to imitate throughout her childhood. It was her elder sister who encouraged and supported and begged her family to let her pursue her dreams.

Aavriti listed three such characters that every woman should possess....... To be enthusiastic, brave, and humble.

She is scared of…... losing her friends and family.

Her one recommendation to the adolescent today...... do not allow the perception of anyone overtake you. Have faith in yourself and obey your heart.. 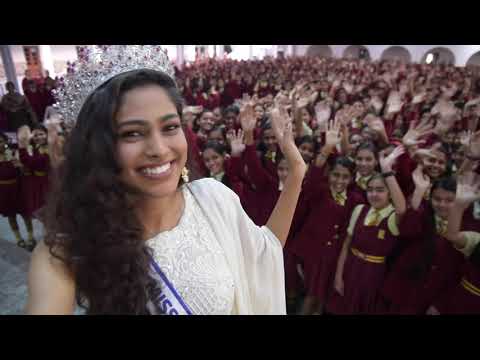 While here, she talked about her contest preparing and all fun she had with individual competitors. She recollects one occurrence when she and her companions furtively had desserts directly before finale before her coach could see! Even though it was prescribed not to have such stuff before a contest.

To Aavriti, this triumph put an example that even though someone belonging to a small city or village, they will make the wishes come true though their trust in themselves.

Aavriti plans to give her 100% in carrying the third supranational crown to India. She recollected once she was advised by the authoritative Miss Supranational 2019 "to be your valid self," that is something she generally keeps in her brain. She wound up, saying that "She is on her route to concentrate on clean herself in all angles and figure out how to handle pressure better with the goal that she can perform significantly under tension.”