You Smoke while this duo picks up the Butts to recycle, save the earth, generate employment.

Cigarette butts caught their eyes. They set to recycle them and their venture is now saving the environment and is creating employment opportunities to many.
By: swetha_vangaveti
Published: 9 Months Ago
Last Modified: 9 Months Ago
Read time: 4 min read
Views  83

We all go partying and we all see people smoking and boozing around. We happen to see numerous cigarette butts lying on the roads and party floors almost everyday. But it's only Naman Gupta and Vishal Kanet who thought about what would happen to the discarded cigarette butts. These two friends who made a thought that no one else made were appalled at the answers they received and started doing their bit in order to save the environment as well as grow in their lives. Not only that, their idea took shape into a venture that's helping others with employment opportunities. One seed and three fruits out of it. Let's dive into the journey of this duo and know more about their venture.

A Random Party That Triggered A Thought:

Naman Gupta is a 25-year-old commerce graduate from Delhi University. His friend Vishal Kanet is a 28-year-old professional photographer who completed his B.Tech from Sharda University. These two friends who knew each other for about six years, attended a casual house party. By the end of the party, while the rest of the people just left the place carrying the goodness of it, the duo noticed a large number of cigarette butts lying all around the place. They wondered what would happen to all those butts! They thought about how they will be disposed and what could be the consequences if they're not disposed off properly! To know the answers to their questions, they wanted to first know what the cigarette butts are actually made of - the material. They started their research into the same and spent the latter half of 2015 finding out about cigarette butts. They read extensively about their disposal. In their study, they found some appalling facts. Until then, the duo thought that the butts are made of cotton-based material and we're biodegradable. But to their utter shock, they found out that they are made of plastic that stays without decomposing after disposal. Cigarette butts, the most widely discarded wastes show extreme harmful efforts on the environment. Their study also showed them that 95% of the material in the cigarette butts is recyclable. This is where the duo got a solution to the problem and also a business idea. “We initially thought that the material in the butts were cotton based and were biodegradable, but we were wrong. It’s plastic and stays for a very long time after it has been disposed. Although, 95 percent of it is recyclable,” says Naman told in an interview. 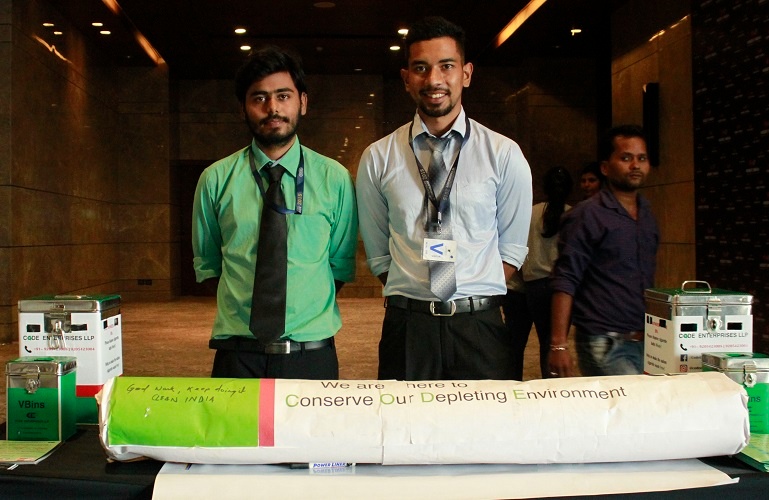 Smoke And Throw The cigarette Butt - This Duo Is Here To Collect:

Both Naman and Vishal designed a chemical process that would recycle the polymer used in cigarette butts. Not only this, they made plans to recycle and reuse the tobacco, collected ash and the cottony filter. With this formula as their USP, they started Code Effort Pvt. Ltd in July 2016. The duo started to work on their model. They began working from the Delhi-NCR region and started executing their activities initially from Delhi, Noida and Gurgaon regions. They need discarded cigarette butts for their business and for collecting them, they approached rag pickers, corporate offices and shopkeepers. This is how they started collecting raw material for their firm. They gave VBins to the shopkeepers and placed them in corporate offices too, to collect the cigarette butts. "The 'V' in VBins stands for Value", Naman says. They also started creating awareness about their venture through this step. Over 10,000 bins were distributed and installed at various places to collect the cigarette waste. This is also generating income for over 5000 people including the cigarette vendors, individual smokers, office establishments, and rag pickers. Income through VBins? Here's how. 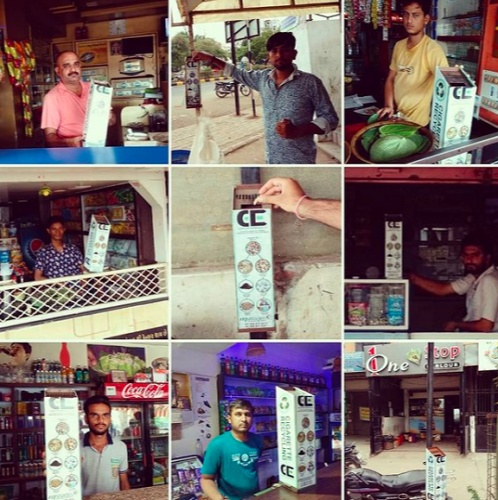 The shopkeepers who purchase the VBins for Rs.99 for a period of three months would receive Rs.250 per kg of cigarette waste collected and BOOM! It's a benefit to them! During the initial days, Naman and Vishal themselves used to collect the raw materials but as things are taking shape, they rested their complete focus on the recycling process by creating ways to collect waste. For the supervision and execution of this process, they have appointed several associates who also take care of the waste separation once it is collected. The firm gets a monthly supply of 300-400kgs of cigarette waste. While one kilogram consists of close to 2500 to 3000 cigarettes, this duo is putting all of that into great use. They collect waste from three cities covering 100-120 districts receiving waste majorly from Bangalore, Chhattisgarh, Pune, and Maharashtra. 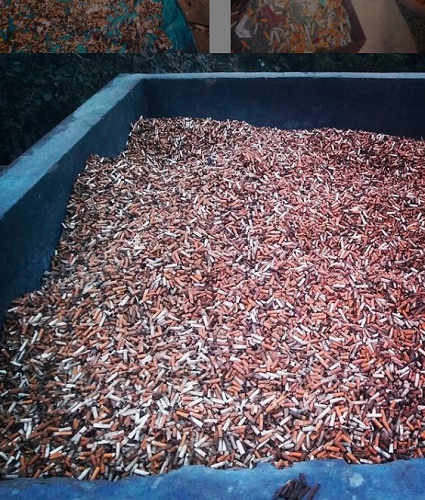 The next step is to recycle the separated waste. Naman and Vishal designed a chemical process that recycles Cellulose Acetate, the polymer used in cigarettes and convert it into various products like cushions, garlands, small stuffed toys, accessories and keychains. Each part of the cigarette waste is recycled. While the tobacco is recycled into organic compost powder, the collected ash is used to make fly bricks. They are in plans to turn the cotton filters into wire meshes that can further be used in air purification filters. 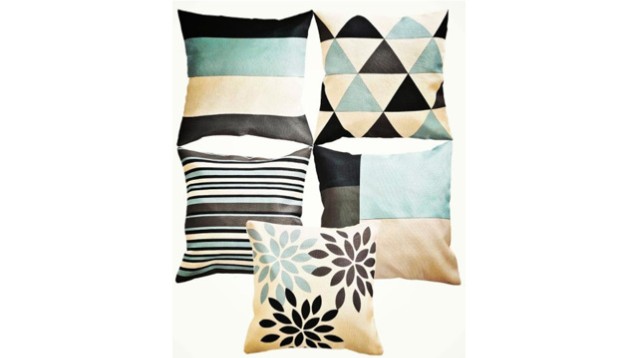 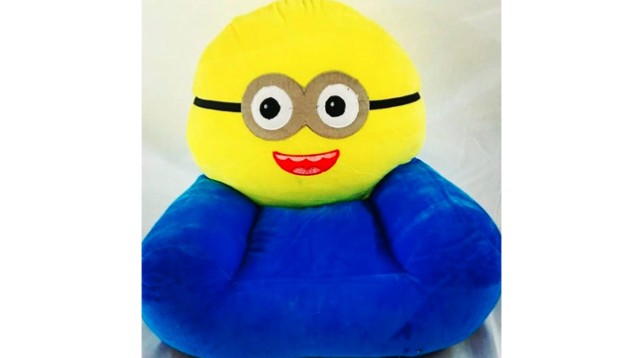 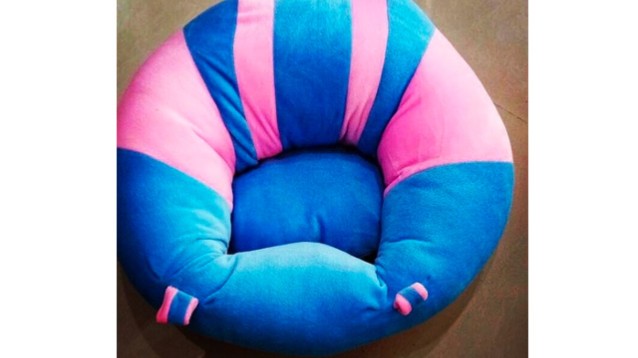 Naman and Vishal who are presently working on spreading awareness on their project, are also trying to seek the support of the government in order to get a standardized rate for the cigarette wastes. The duo is working towards making mattresses too in the days to come. "We wish to increase the goodwill of the nation by taking the company and our services at a global level. We are doing our bit towards the environment, people are also happy with our work as they see our performance.”, Naman said.

Hats off to the thought generated in the minds of these young friends that not only created a business model for them but is also creating employment to many while preserving the environment.