Yasmin Arimbra breaks the stereotypes about working women in the countryside. Historically, societies consider those farm workers have few options to overcome. This misconception stems from the belief that only large estates can produce enough to achieve significant profit margins. Yasmin Arimbra and 374 women from Thennala Panchayat in Malappuram demonstrated that farmworkers have the strength, intelligence, and audacity to undertake the challenges of sustainable agriculture.
Yasmin and her colleagues demonstrated that agricultural production is a source of wealth for organized women. They believe that only large companies can generate significant income through agricultural production. These ladies have the strength to develop a successful agricultural enterprise in the Kerala population, a very conservative Muslim community.

From Kerala to the world

For Yasmin and the women of Kerala, the road to success was full of challenges. Their neighbors and the men of the community attacked their initiative because they considered that the women would not succeed in an agricultural enterprise. However, this intrinsic power of women surprised the community of Kerala when Thennala Agro Producing Company was founded. 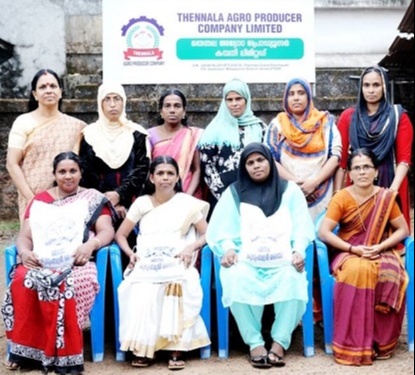 Manual rice production has been an arduous task for thousands of years. And this form of production is the work that feeds millions of poor people in the world. In India men and women work more than 12 hours a day in the rice fields to earn a few rupees. That reality prompted Yasmin to bring the women producers together and together create a company that not only harvested the rice but also marketed it. The ancestral teachings are part of the spirit of entrepreneurship of these wonderful women. They know perfectly well how to produce rice, they only needed to enter the marketing chain. That step made the difference.

Yasmin Arimbra was one of the millions of rural women in the world who drop out of school due to poverty. However, her entrepreneurial spirit drove her to look for alternatives based on what she knew best: rice production. During her working days, she learned of the existence of organizations promoting female entrepreneurship. In 2010 she joined the Kudumbrashree Mission in Kerala where she learned about the fundamental strategies for starting a business.

The training she received at the Kudumbrashree Mission gave her a very broad view of the potential of the Kerala fields for rice production. She then set out to revolutionize the subsistence production of her community: "In 2012, I was elected president of the Panchayat level unit under Kudumbashree. At that time, there were 500 women members, but none were engaged in any productive activity. In addition, with most of the men employed in the Middle East, the region had large areas of uncultivated rice fields," says Yasmin.

Yasmin pondered the variables and came to the conclusion that it was time for women to take control of the fields and lift Kerala out of misery. Everything was based on the organization: "In early 2013, I took the women to the countryside. Most of them came from BPL families (below the poverty line). They were asked to take 1 to 3 acres of rice paddies leased from the landowners for cultivation," she says.
Even when the land was leased Yasmin and her Women Rice Warriors managed to increase production to levels never seen before in Kerala. Starting with 122 acres of land in 2013, the figure multiplied to 522 acres. The success was so resounding that it gained the backing of the Department of Agriculture offices in Kudumbashree.

Yasmin Arimbradid did not limit itself to agricultural work but now covers 36 special children. This is a demonstration of the social vision of a woman whose heart is full of strength and love. 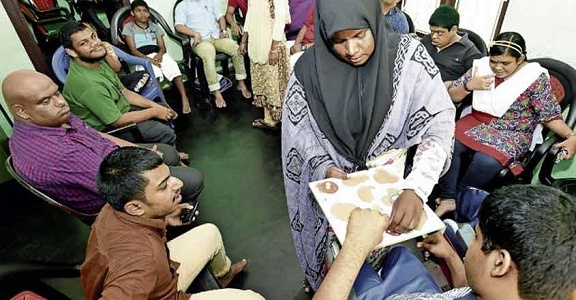 The genius of Yasmin and the Women Rice Warriors was that they took into their hands not only the production but also the marketing of shelled rice. They founded Thennala Agro Producing Company in 2015 and established the brand "Thennala". The exponential growth of the company has become a symbol of the achievements of the female entrepreneurship: "This achievement under Yasmin's leadership is remarkable: "From housewives, you have become farmers, entrepreneurs, and decision-makers in your company. Said James George Deputy Director General of the National Bank for Agriculture and Rural Development (NABARD).

The figures from Thennala Agro Producing Company are impressive. In the beginning, its shares were quoted at 1000 rupees and in a short time its finances reached Rs 4.5 lakh. With the growth of the company Yasmin and her Women Rice Warriors are trained in matters such as administration and trade: "Like Yasmin, I dropped out of school, but received training from the Cochin University of Science and Technology (CUSAT) in management skills," says Sarojini, a former Thennala Agro Producing Company director.

The Women Rice Warriors in the last fiscal year earned 24 lakh, which far surpasses the income they had when they were only engaged in planting.

Today the Women Rice Warriors of Yasmin are recognized in India and the world.