Trans woman deprived of love and affection, is now the mother of orphaned children.

“I cannot bear to see another child suffer as I did. I want to be a mother and father to any child who needs parents and love", says Manisha. Here's the story.
By: swetha_vangaveti
Published: 11 Months Ago
Last Modified: 11 Months Ago
Read time: 4 min read
Views  11

Her parents noticed that she was different from the rest and kept her locked up. When Relatives would visit, she would be locked up so they don't see her. Parents were scared that she would shame them and that society would ostracise them. Boys in her school asked her to play with girls while girls never allowed her to team with them. She found it useless to complain when her mother said, "Play indoors" instead of supporting her. She was finally abandoned on the streets and she survived on scraps for many years. When she needed money to survive, she did odd jobs like washing dishes, cleaning homes etc. and even donated her blood for money. “It was a life of no love, only hardship". The story of Manisha is heart-rending and how she emerged from her harrowing journey as an epitome of kindness is worth reading today.

Though there are success stories in India with respect to the transgender community that serve as models to everyone, like a transgender college principal, a lawyer, a TV anchor, a police officer, a naval officer, a mayor, activists, journalist etc., those examples are of people who could obtain an education, but how many transgenders are given the opportunity to study considering the fact that they are even thrown out of their houses where they are born! Manisha belongs to the same boat and rode her life all the way till date, all alone.

Manisha lives in Pakhanjur village in Chattisgarh, India. The people there are very poor and Manisha earns her living through what is called as the traditional occupation of trans people - singing, clapping and dancing at various events like weddings and others. Thus, her income is undoubtedly less than what an average individual needs for a day. With no education, what more can an abandoned child do apart from resorting to odd jobs like these. But as she grew up, she develop a different mindset. She developed a great deal of empathy for those children who are abandoned by their families.

Mother To The Unfortunate:

Manisha started picking up the children who are abandoned and were attempted to be killed by their families and began being their guardian, no, mother! She took in the responsibility of seven girls and one boy who are being raised by her. When a baby girl's mother pleaded Manisha to take care of her baby as she is unable to feed her, Manisha didn't give a second thought. “I cannot bear to see another child suffer as I did. I want to be a mother and father to any child who needs parents and love. I want to give what I never had,” says Manisha. Four of the children are being sent to the local government school and they are faring well. Happy that they also don’t seem to be bullied over their unconventional family. Since no child knows their birthday, Manisha has given them random dates and celebrates their birthdays as well - something that she missed herself. Everything she missed as a child, she gives to these children. 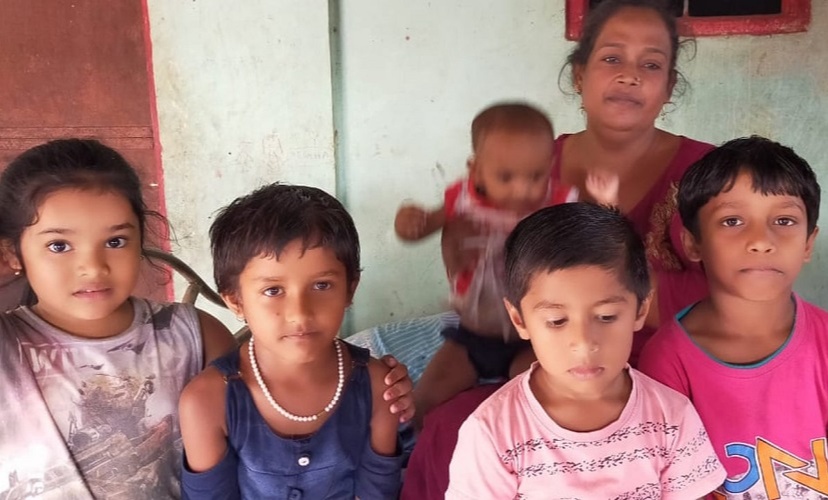 Not An Easy Task:

Raising one child when both parents are working, is a costly affair in the present day scenario. But, Manisha, who doesn't have education and a proper job, has to take care of a bunch of children. With the onset of pandemic, Manisha's struggles have gone to the top-most level. Feeding the children has become a herculean task for the mother. They all live in a single room and Manisha explains how difficult it is to find a house.

“Landlords don’t usually give rooms to trans people. Least of all with so many children. They think we will wreck the place and bring the tone down. This is the only place I could find,” she says. 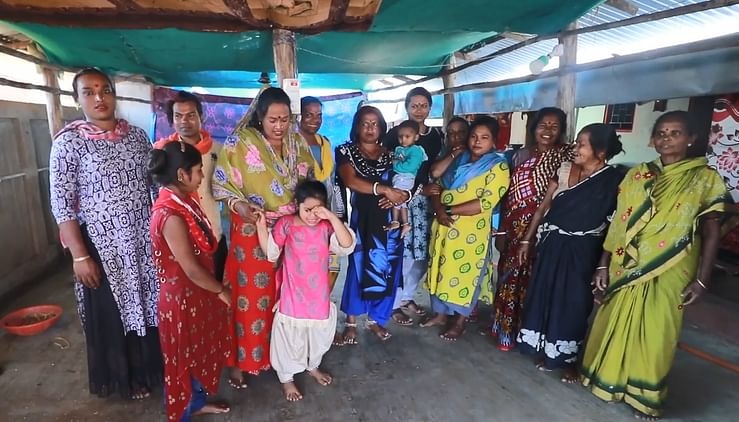 Come what may! Manisha is not ready to give up on her deeds. "My dream is to set up an orphanage so that I can take in any child that needs love. As long as I have strength and life, I want to take in children and give them the love every child needs,” she says.

The lady who said, “While wandering in the streets, I used to dream of my mother making food for me and my father buying clothes for me. But that never happened", is now being the mother to children suffering the same fate and is giving them all the love she longed for. “I may be poverty-stricken, but my team and I have dedicated our lives to this cause. No matter what, we will keep bringing in any children who need our help. Everyone deserves to be loved, no matter who they are or where they come from.” says Manisha. When Manisha is striving so hard beyond her capacities to give love to the orphaned children, can we also do our bit? Can we start not treating trans people as 'special' or 'different'? Can we become inclusive? Can we stop ourselves from making fun of them and behave appropriately with them without shaming them any further? The world can become a better place - provided we do our bit.

Must Read: Meet the Keralite who fought all odds to become the first Indian Miss Trans Global 2021. 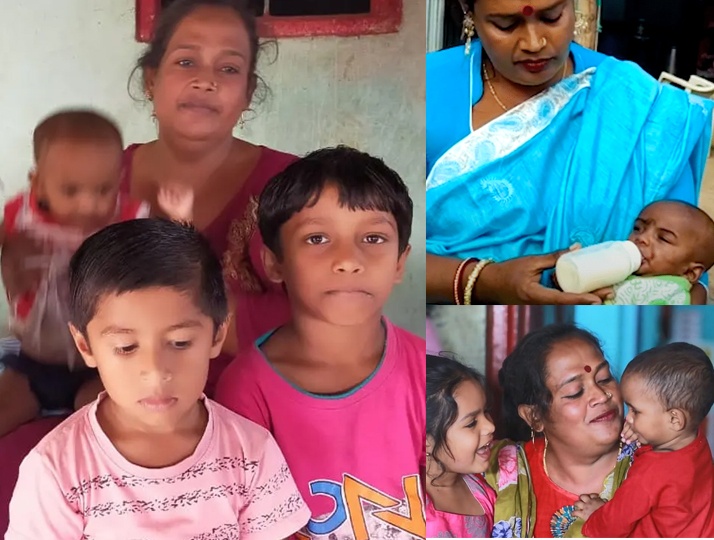