For more than a decade now, this Odisha engineer is ensuring safe and accident-free Rath Yatra in Puri.

Puri Jagannath's Rath yatra is made safe and accident-free by this Odisha engineer for more than a decade now. Here's the story.
By: swetha_vangaveti
Published: 1 Years Ago
Last Modified: 1 Years Ago
Read time: 3 min read
Views  79

The world-famous chariot festival or the Rath Yatra that is held at the Jagannatha temple in Puri, Odisha attracts lakhs of devotees from across the world. On the day of the festival that usually commences in the month of June or July according to the Gregorian calendar, Lord Jagganath, along with his elder brother Lord Balabhadra and their sister Goddess Subhadra are worshipped and are glorified on resplendent chariots. Numerous devotees come forward to draw the chariots on the splendidly decorated avenue leading to the Gundicha Temple which is two miles away to the north of the main temple. So, why is it that we are talking about Rath Yatra here? Well, coming straight to the point, we bring before you, the man, who has been making this huge procession safe and has been contributing his part to keep the yatra out of harm’s way for more than a decade now. He is Aswini Mishra and read along to know about his noble work.

One Incident That Shook The Man:

Chariots used for this grand procession were made of a specific wood. While thousands of workers join hands in their making and designing, each chariot can weigh nearly up to a ton. Also, an enormous crowd is gathered to view the spectacular event while most of them participate in pulling the divine vehicles. Imagine! Such huge chariots majestically moving on the street with lakhs of people around, will there not be any chance of accidents happening? In spite of immense efforts put in by the local administration and police personnel, incidents happen. One of the common and prime reasons for such incidents is the stampede that is bound to happen amidst the huge crowd. What if someone slips and falls at the foot of the mighty chariot? They will be crushed to death instantly. This is where the chariot should be able to stop swiftly to avoid damages to life. Aswini Mishra is an engineer who hails from Odisha. He works at Lajkura Open Cast Project at Mahanadi Coalfields Limited at Brajrajnagar. In mid-2000, he came across an incident in which one of the devotees was crushed under the wheels of one of the chariots. This report of the devotee’s accidental death shook Mishra so much that he decided to do something about it. 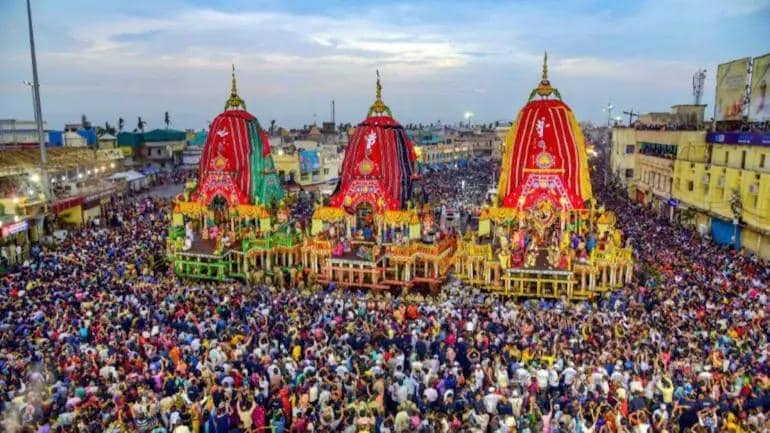 A Detailed Study And The Solution:

Mishra looked deep into the issue and paid attention to how the chariot stopped in times of any mishappening. He closely observed the chariot’s brake system and understood that the brake system consisted of a wooden log that sat in front of the Ratha’s wheels. When brakes are applied, a lever is pulled and the log would, in turn, stop the wheels in motion. However, this was not as effective as it sounded. After applying the brakes, the chariot would only be stopped meters apart. Meanwhile, the loss might very well happen. This made Mishra think and plunge into action. He started to experiment with various materials from rubber straps to wooden and steel nails. After a few years of experimenting, they concluded upon using larger nails and thicker rubber sheets that can help in the effective functioning of the brakes. “We have been trying all innovative ways to make the chariot stop comfortably,” Mishra said. Mishra also mentioned that they got the inspiration from the football footwear studs. By taking in three workers, Prashanta Benia, Trilochan Badhai, and Dhaniram Bagh into his team, Mishra designed the brake system. The brake is made of three Sal wood pieces which are fitted with a thick nylon rubber belt by using specially designed iron nails. The wooden log is further fitted with a chain and pulley which form an integral part of the brakes. When chariots require stopping, the Bhoi sevayats who stand on the top of the structures drop the wooden logs from the chariots with the help of chains and pulleys. The wood thus falls in front of the wheels getting jammed with the nylon rubber that acts as brake shoes. Mishra approached the Sri Jagannath Temple Administration and proposed his idea a decade ago. SJTA readily accepted and approved his proposal and ever since then, Mishra has been ensuring accident-free Rath yatra in Puri every year. Mishra says that this cost-effective brake system can be used in many other processions and tells confidently that it is highly efficient and effective.

While we watch the grand procession sitting in the houses or standing on the high-rise buildings, we totally immerse ourselves in the grandeur of the event. However, there are thousands of hands that sweat behind the screen, to make the procession successful, safe and smooth. Kudos to all such people without whose mind and body, such spectacular events are not easy to even imagine. 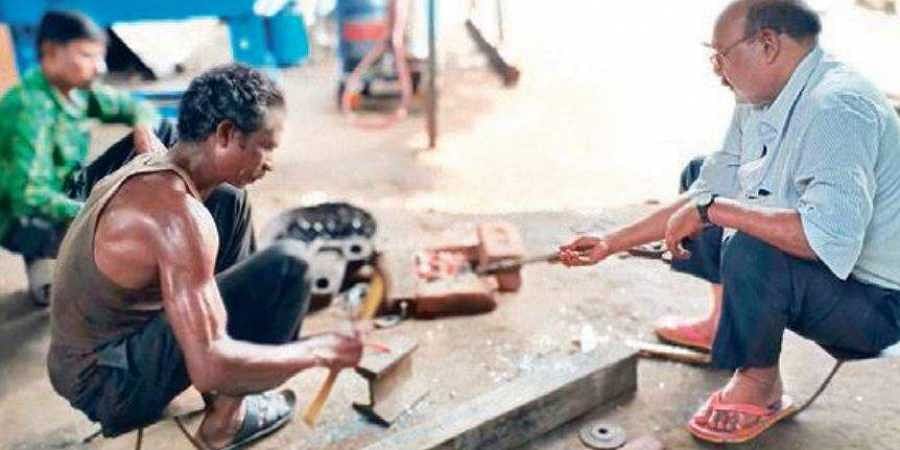