Indian woman microbiologist is the one who introduced India to the reality of HIV/AIDS.

India thought it would never have a case of HIV/AIDS, until this woman conducted tests. Meet the microbiologist who alerted India about HIV/AIDS.
By: swetha_vangaveti
Published: 7 Months Ago
Last Modified: 7 Months Ago
Read time: 3 min read
Views  68

Having deep belief in its deep ethical values and cultural roots, India did not even expect that there will be a case of HIV reported. When Suniti Solomon detected the first case of HIV, the government did not believe her. When samples were sent to the United States, her tests proved right and India had to accept the harsh reality that it had HIV positive cases.  Who is Suniti Solomon? Let’s know more about the microbiologist who got India face-to-face with the the truth about HIV/AIDS epidemic.

Suniti Solomon is a Maharashtrian Hindu born as the only daughter among eight children in the family of leather traders in 1938. When visits of health officer happened yearly to their house for vaccinations, Dr. Suniti reportedly developed interest in medicine. Having studied medicine at the Madras Medical College, she received training in pathology in the UK, the U.S and Australia. In 1973, she felt that her services are more needed in India, and returned to Chennai along with her husband Victor Solomon. After completing her doctoral degree in microbiology, she joined the faculty of the Institute of Microbiology in Madras Medical College. At this time, she came across many international journals writing about HIV and its effects in various countries. It was during this time that she felt the need to test for the presence of HIV in India. She also encouraged one of her Postgraduate students to take this topic for her PhD. She, along with her team, collected samples of 100 sex workers as a part of the research project. While Suniti did not expect finding anything, she was alarmed at how six of them tested positive for HIV/AIDS.  The government couldn’t believe and didn’t trust Suniti’s test reports. The samples were further sent to be independently tested at Johns Hopkins University, Baltimore, USA who confirmed her findings. Thus Dr. Suniti became the first person to have diagnosed India’s first HIV case. When her findings were read out in the state assembly, the officials were forced to act. Yes, we must admit the fact that she faced opposition but that didn’t stop her from establishing the YR Gaitonde Care Foundation in 1993 in Chennai. 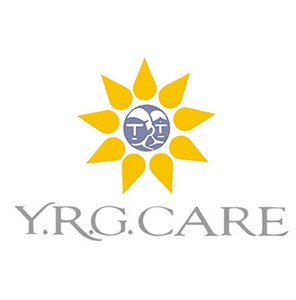 This Foundation worked relentlessly in shaping the way how the nation would receive the truth about HIV/AIDS, its victims and the way people would be educated about the disease. Between 1988 and 1993, Dr. Suniti set up the first AIDS Resource Group in India at the MMC where she ran an array of AIDS research and social services. This resource group was also the first comprehensive HIV facility in India. It is only because Dr. Suniti has understood the virus that helped treat those suffering from it. This “AIDS doctor of Chennai” has also served as the President of the AIDS Society of India. She collaborated in international research studies like including a multi-country HIV/STD Prevention Trial at the US National Institute of Mental Health, the HIV Prevention Trials Network run by the US National Institute of Allergy and Infectious Diseases, an NIH study of the HIV stigma in health care settings in Southern India, and a Phase III study of 6% CS GEL, a candidate microbicide of CONRAD (organization). 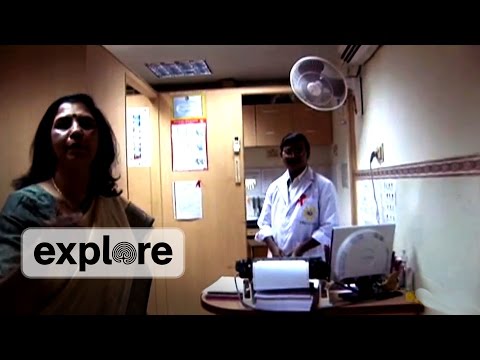 The Fruits Of Suniti’s Fight:

While Suniti’s discovery helped India start its fight against HIV/AIDS, her contributions reduced the intensity of damage caused by the virus. Today, though India has the third highest number of people living with HIV, the infection rate is below about 0·3%. This Indian physician who has pioneered the AIDS research and prevention in India, has received great recognition for her contributions. She was conferred with the National Women Bio-scientist Award. In 2012, she was presented with the 'Lifetime Achievement Award for Service on HIV/AIDS' by the state-run Dr MGR Medical University in Chennai and she is also the proud recipient of other awards like the 'Mother Teresa Memorial Award' for education and humanitarian services. On 25th January 2017, the Government of India conferred her with the Padma Shri for medicine for her immense contribution towards the diagnosis and treatment of HIV. This brave lady who fought all the objections and oppositions in her fight towards waking India up to fight with HIV died of pancreatic cancer on 28th July, 2015.

On this AIDS Day, the 1st of December, let’s remember and thank this lady of strong mettle, for detecting the early cases of HIV. It is only because of her work that today, at least 70% of the country is aware of the virus and its effects, keeping themselves safe and sound. 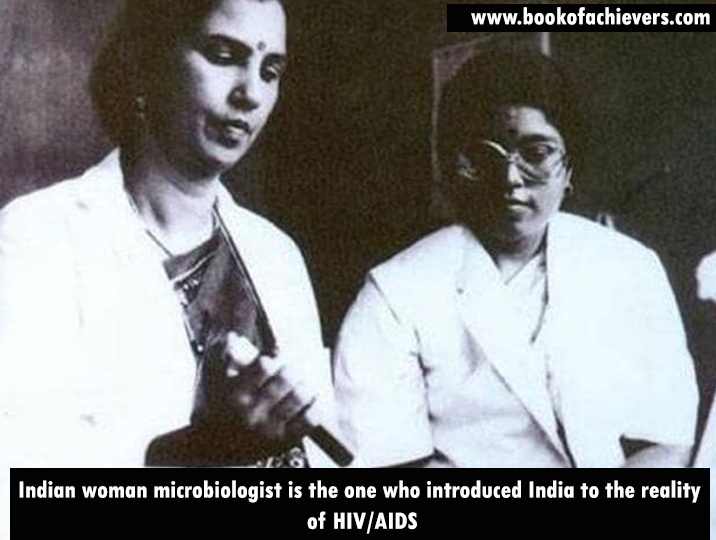