Sunil Mishra: A ray of hope

Becoming a Hero requires having compassion for others and lending a helping hand; it comes without attachments or contingencies. It comes from someone with a big heart. A true Hero doesn't have to think about assisting someone, they just do it; it is second nature to them. They don't need anything in return.

Many of us fail to recognize the dormant hero who are between us. We are taught to believe that in order to be a hero we must perform some truly noble act or possess supernatural abilities. Only then, we feel, will our lives be validated and some higher duty fulfilled. The greatest heroes in our world from a historical perspective, however, have at first been the greatest thinkers. Their abilities had very little to do with their physical prowess and everything to do with their beliefs in their own capabilities.

Sunil Mishra is one of such superheroes. For you and me, at first glance, he would appear as just another autowallah on the streets of Mumbai. However, if we were to ask people who are living in the slums of Ambujwadi, Sunil Mishra is no less than a ray of hope these people. 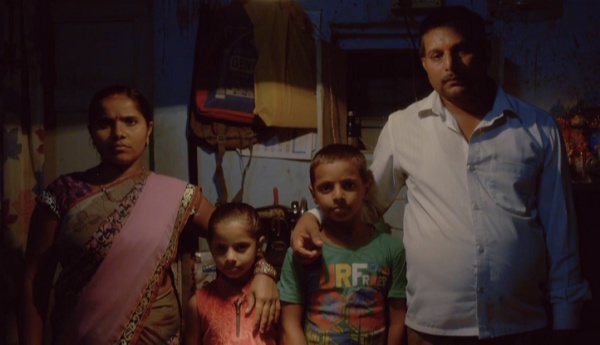 When ambulances cannot enter the slums of Ambujwadi, Mumbai, Sunil, an auto driver ferries patients to the hospitals. Mishra started his mini-ambulance-like service in his auto-rickshaw.

When he was just ten years old Mishra moved to Mumbai from his village in Pratapgarh in Uttar Pradesh. He went to study at a local government school but he failed his 12th exam. Due to this reason he had to take up the profession of an auto rickshaw driver.

Sunil began his inspiring journey of saving lives of people, over 16 years ago. Sunil struggled a lot in his life. His poor background or the lack of means did not stop him from carrying out his noble work of saving lives of people. Owing to his diligent efforts, he and his rickshaw-ambulance have earned a heartwarming repute in his locality. He now wishes to provide his children with a quality education so that they can grow up to help him in this monumental cause in future.

His dream is to buy an ambulance for his locality, so that no lives are lost.

What made him choose this path

Sunil Mishra has managed to help many people in the slums by providing ambulance-like services in his auto. Sunil understands the pain of seeing loved ones suffer. He recalled an incident where his mother once fell off a bike and was severely injured. Fortunately, she was taken to the hospital where she was treated and gradually recovered. It was then when Sunil Mishra pledged that he would do anything in his capacity to help anybody in such a situation.

He says, “People sometimes come knocking at my door at midnight, asking for my help and I could not refuse them.” Not only this, he even offers free rides to differently-abled persons. “If I see any differently-abled people, I stop to ask them where they are going. If it’s within 1.5 km, I drop them for free,” he says.

Sunil Mishra has been living in the Ambujwadi slum from the last 11 years now. He is barely able to meet the needs of his family of four which includes him, his wife and two young children. Most of his salary goes in providing quality education to his children. And the remaining, he sends it to his parents who are living in Uttar Pradesh. It was not until a few years back that he could afford to buy his own auto rickshaw on loan. He is still paying its EMI.

All these has not stopped Sunil Mishra to work tirelessly for helping those living in his locality.