Suhani Jalota is the most significant expression of female strength. She is a young entrepreneur whose talent and beauty are at the service of society. At the tender age of 23, Suhani founded the Myna Mahila Foundation. This foundation focuses on health with an emphasis on women's health and her accomplishments are amazing.

Suhani is a woman who with great effort earned her bachelor's degree in Economics and Global Health at Duke University. During her academic career, she earned enough merit to be selected as a Baldwin Foundation and Melissa & Doug Entrepreneurship Scholar. Her studies showed her the devastating effects of poverty in health. In addition, she learned to design strategies to overcome poverty and improve people's quality of life by attending to hygiene.

In this context, Suhani promoted an unprecedented initiative in India. She convened a small group of women and together they started a business making sanitary napkins in Mumbai. The most laudable aspect of this initiative is the cultural clash with the traditions of India where menstruation is considered an impurity. This initiative meets two cross-cutting objectives: Dignified work and protection of women's health. 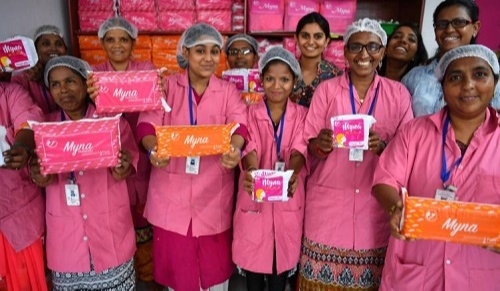 The idea for the feminine hygiene products factory was born during the time she did her bachelor thesis research in the Dharavi neighborhood and was inspired by who she calls her idol and mentor: Dr. Jockin Arputham. He showed his strategies for approaching communities with feasible projects. He starts from the principle that women are the force that sustains societies and therefore the empowerment of women goes through the care of their health. These are two objectives that intersect and guide the tasks of the Myna Mahila Foundation.

At only 20 years old, Mrs. Jalota started her entrepreneurship in Mumbai and within 4 months your company's products were already in stores... The success lies in the fact that high demand products are available to women at affordable prices. But this venture was only the beginning. Within a few years, Suhani Jalota founded and consolidated the Myna Mahila Foundation, oriented towards the development of projects and the accompaniment of undertakings related to the health of marginal areas.

The scope of the achievements of the Myna Mahila Foundation projected the initiative to international levels.  Derived there from Ms. Jalota participate in programs to evaluate sanitation projects in various countries. She travels through cities in India promoting the initiative to manufacture and sell feminine hygiene products at low cost. In addition, she visited the Philippines, South Africa, and Thailand, promoting health programs and small businesses for poor women. Her hard work paid off and she got pages in such important publications as TIME magazine, the Huffington Post, and the BBC.

The significance of the Myna Mahila Foundation's achievements was recognized by the English royal couple, Meghan Markle and Prince Harry. Thus Mrs. Jalota's foundation was one of the foundations that received donations during the royal wedding. This recognition caused a worldwide stir, spreading the work of the Foundation led by Suhani. The world's social enterprise funding organizations approached the Myna Mahila Foundation when they learned of its existence during the royal wedding. The initiative of the princes to donate their wedding gifts to charitable foundations was of great promotion for the Ms. Jalota undertaking. 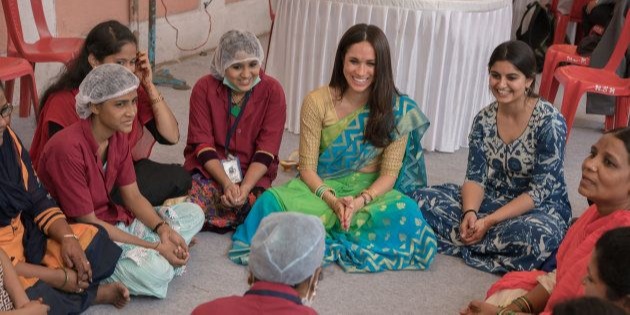 Suhani Jalota is a tireless fighter who has been CEO of a prestigious foundation since the age of 23. These achievements elevated her to a place of honor awarded by Forbes magazine of the 30 under 30 Asia  2018. Suhani is considered a queen in beauty and entrepreneurship. Indeed, in 2017 she obtained by the College Women of the Year competition as a woman of the year.

The social impact of Mrs. Jalota's work is expressed not only in the products she manufactures and in the training and empowerment of poor women. The fundamental to her achievements is that she initiated a cultural revolution in the field of feminine hygiene. Her efforts awaken women's awareness of the health of their bodies and the acceptance of menstruation as a natural fact of life. Some say that Suhani unleashed a cultural tsunami that shakes women all over India. Girls no longer grow up considering menstruation a stigma. The young woman also learns about their bodies and the best ways to care for them. 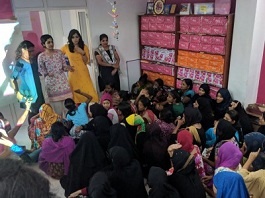 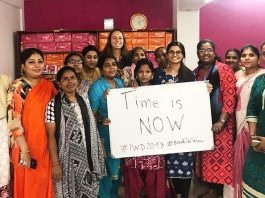 Currently, Suhani is a Ph.D. student in Health Policy and Economics at Stanford University. She believes that her education is paramount to the strengthening of the foundation she directs.

Her fundraising activities led her to participate in social entrepreneurship contests such as the mHealth@Duque Shark Tank Competition, the VAPOR Challenge and the Hult Prize Competition.

Suhani is an iron lady clad in the beauty of Indian women.