Gen Z kid calculates in seconds while hula-hooping. How important is Mind-Body coordination?

When I watched the Bollywood movie, Shakuntala Devi, though I knew it was a real story, somewhere I felt that there could be some added fragrances to it. I know very well about the Human Computer, an ace mathematician Shakuntala Devi but having not seen her accomplishments personally, it turned out to be hard to believe on my part that if such fast calculative minds were even there! My lack of knowledge could also be one of the reasons. But when I read and saw this girl doing calculations with numbers multiple times bigger than her age, I thought that she would be the subject of the next Bollywood movie on mathematics genius. I'm talking about Avantika Kambli, a girl who is just 10 years old and is already playing with numbers. Her fame grew beyond national reaching overseas and recently she was awarded the Byju's Young Genius Award. Let's count one, two, three, and get into the journey of Avantika Kambli.

When Avantika was young, just like every other kid, she was asked to memorize multiplication tables. While any random child would take years to gain proficiency over them, Avantika took not even days. She memorized not just the prescribed numeric tables but was also ready with answers to whatever bigger numbers rolled on her table. Looking at how well she displayed her mathematical genius, her parents enrolled her in higher-level math classes. There too, she exhibited her sharpness. Currently, she is solving square roots of numbers like a pro.

Wait, I Didn't Even Take Note Of The Numbers Yet:

Well, I was watching a video of Avantika Kambli where a bunch of three-digit numbers were being displayed one by one, each digit lasting on the screen for not even just a second. After the display of five to six numbers was over, Avantika came up with an answer adding all those. Big round of applause filled the air in the room and was just there wondering what the third number in the list was! The same swiftness was showed while she was given the four-digit numbers. In December of 2019, Avantika participated at the Turkey Open Championships and represented India as the youngest contestant participating for the 6-digit imperfect square roots category. 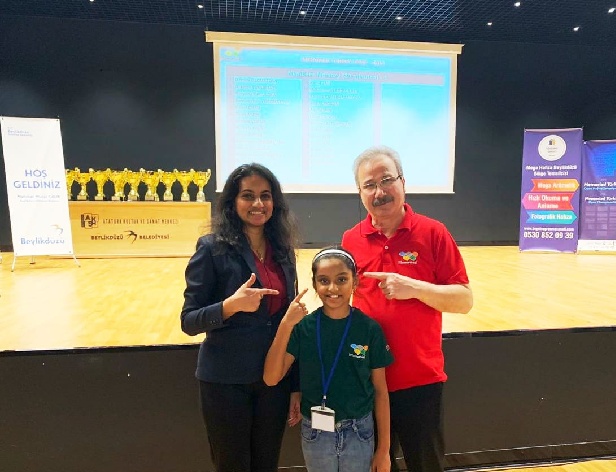 She brought home two silver medals in both categories - Open and Kids and made the nation proud at the age of 9. She has taken part in mental calculation championships held in various countries across the world including Germany, Dubai, Turkey, and Singapore. In the Dubai Mental Mathematics International Championship, Avantika bagged Silver in Open Category as well as Kids category and she was conferred with the Youngest Achievers Award for demonstrating amazing memorization and calculation skills at a very young age. Avantika also specialises in solving all types of Rubik's cubes. She solved a 3x3x3 Rubik's Cube blindfolded in under 20 seconds. She also solves both 2x2x2 Rubik's Cube and standard Pyraminx within seconds.

Avantika regularly shows what it is like to have mind-body coordination. In a show organised by Byju's, Avantika astonished the special guest Soha Ali Khan by solving a Rubik's cube while hula-hooping. Avantika not just displays her abilities in math calculations, she also surprises people more than her age by speaking about various topics. Avantika spoke in the Code Bharat Learning Series Episode 1 that held a talk about the importance of 21st century learning skills for young minds. While over a decade later, 2/3rd of the jobs won't be based on the skills that our old schools taught us, Avantika said that learning skills like coding and grasping the future prospects of scope like Robotics will help youngsters survive in the sea. Her talk showed her intellectual maturity. While this little genius was to represent the country in 2020 Olympics, the pandemic gave it's red signal for now. She was presented with the Byju's Young Genius Award and she says that she has a long way to go. She extends her sincere gratitude towards her parents and her coaches Mr. Eusebius Noronha and Ms. Gwendolen Noronha without whose constant support, she says, she wouldn't have been what she is today. 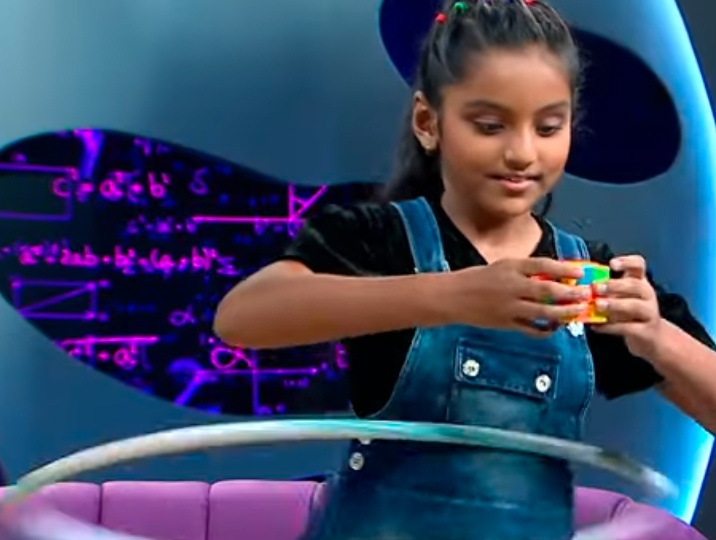 Avantika is not always dwelling into numbers, addition and finding square roots. She takes violin lessons and is adept at drawing too. She visits Aarey forest in Mumbai and helps plant trees.

Hats off to your outstanding skills dear girl. Most importantly, the mind and body co-ordination that the little girl has mastered is sure to help her immensely in every walk of her life. We are sure that India is going to listen many success stories from your book in the years to follow.