How this jobless graduate turned into a 'doctor for beggars' is simply inspiring!

Pune's 'doctor for beggars' has initiated 'Beggar to Entrepreneur' program. His aim is to see a self-sufficient community.
By: swetha_vangaveti
Published: 1 Months Ago
Last Modified: 1 Months Ago
Read time: 6 min read
Views  9

He is a doctor but not for those who can pay the fee. He is a doctor for the beggars. Well, a 46-year-old from Pune has been providing free treatment to beggars and the homeless for more than five years now. Not only that he treats them, he also shows them a way to live a self-reliant life giving away begging. When the Delhi High Court ruled begging as a crime in 2018, he was suspected to be a cop trying to catch those who resort to begging. He rose above the disbelief, gained the trust of the beggars and the homeless and has been showing them a way to live decent life. He also says that his patients teach him valuable lessons sometimes. “I had helped a beggar who was turned away by his family, in starting a business of selling torches. Once he started earning and his family came to know of it, they offered to take him back and join his business. I was against it but he told me, ‘Forgiveness is a virtue. If I don’t forgive them, they will never learn.’” This inspiring human being, Dr. Abhijit Sonawane who says that his patients have got a lot to learn from, with the support of his wife Dr. Manisha Sonawane, has changed the lives of numerous beggars in Pune so far. This is his jaw-dropping story.

A Doctor Who Couldn’t Treat:

Abhijit Sonawane hails from Satara district in Maharashtra. Coming from a middle-class family, Abhijit’s parents always believed that education paves way for a better future and is a key to leading a comfortable life. They gave their son the best of everything and Abhijit graduated in Ayurveda, Medicine and Surgery from the Tilak Ayurved Mahavidyalaya, Pune, in 1999. However, besides not being able to secure a job, he could not even set up his own clinic owing to lack of finances. He didn’t give up. Abhijit started going door-to-door in the village named Khadakwasla, outside his home-town Pune asking people if they are in need of treatment. “It wasn’t quite working. I was too young and people didn’t take me seriously.”, he recounted in an interview. People also did not believe in the doctor who was knocking at their door.

Waves Of Depression And Dejection:

On one of his gloomy days, he happened to come into a conversation with an elderly man and his wife who he often saw begging on streets. After speaking to the man, Sonawane came to know that he was a well-educated man who, out of misfortune, was turned out by his son. To make the ends meet, the couple resorted to begging after having lost everything for his mistakes. “I talked about my inability to establish my own (medical) practice and how frustrated I felt because of it. He counselled me by sharing his life stories, the mistakes he made and what he had learnt. Work for the people, he said, not for yourself.”, said Abhijit about how the elderly man instilled hope in him. 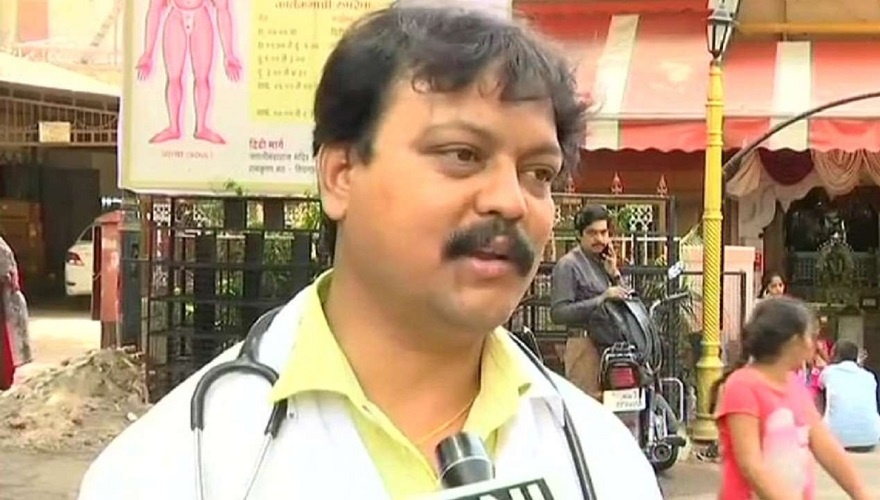 The Start of A New Life – A Life of Service:

On the advice of the elderly man, he took up a job as a coordinator at a sex-workers rehabilitation programme in Pune. From there on, Abhijit Sonawane worked in various community health initiatives in the field of child mortality and safe abortion. Dr.Abhijit also got an opportunity to work with an international organisation striving to provide medical and healthcare facilities in rural Maharashtra. Over the next decade, Dr Abhijit climbed up the professional ladder and started earning a salary of over Rs. 3 lakh per month. Though Abhijit kept making his way as a doctor, the thought of the elderly man who boosted him years ago, didn’t leave him. In 2014, he went back to Khadakwasla to find him but the couple weren’t there. The man had already died. “They did so much for me. Because of them I survived those early years, and when they needed me, I was not available to them. I began to feel restless, and started to think of ways to give back to this community,” he says. 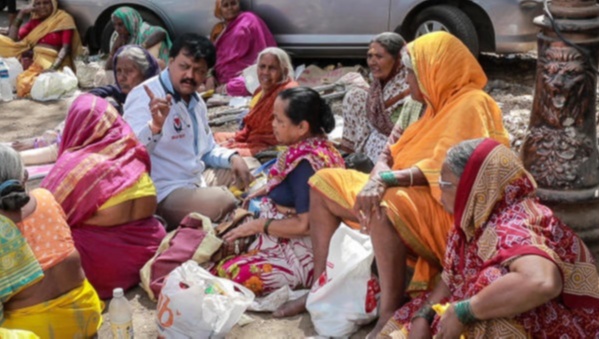 Giving Back To The Society:

Dr. Abhijit who was disturbed by the very thought that he was not able to be there for those who were there for him once, decided to dedicate his life for service. Dr. Manisha Sonawade, his junior back in college and his wife, supported him by shouldering the family responsibilities. With her support, he emerged as the ‘doctor for beggars’. He quit his job and started his new life with a mission to provide free treatment to beggars and the homeless. Using his own savings and 30 percent of his wife’s income, Dr Abhijit started his ‘Doctor for Beggars’ initiative. Ever since then, Dr. Abhijit has been reaching out to the beggars and the homeless on the streets, examines them and offers services like first-aid, if necessary, and prescribes medicines. Besides, he also bears expenses for surgeries and hospitalization in critical cases. Sonawane, who reaches out to about 1,000 people a month, starts every morning with a few bags of medicines and goes to places where he is likely to find people in need of help viz. temples, mosques and churches. 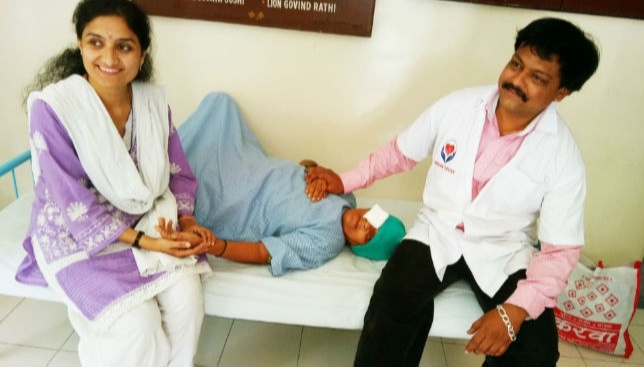 To further his noble act a level up, Dr. Abhijit began to collect funds under the name “Soham Trust” that was established to create an environment for the deprived and the marginalized communities enabling them to get access to appropriate health care services. He also started an initiative called ‘Beggar to Entrepreneur’ – the main aim of which is to help beggars set up their own business according to their capability and skills so that they can start living on their own.  He counsels the beggars on the same and uses the remaining funds after the treatment costs, to help them set up a businesses like tea-stalls, vada-pav kiosks or selling puja essentials, like oil, flowers and packaged prasadam, outside temples. Even the pandemic could not put brakes to his work.

Flagging off with the service motive was not enough in itself for Abhijit. He had to face doubt and refrain from the beggars initially as well as interrogations from the police. Beggars would always think that Abhijit was a police informer as Delhi High Court ruled that begging is a crime. “I have been spat on, threatened even. The police, in turn, were suspicious of my work. Most couldn’t believe it. Often, they would haul me up, interrogate me rigorously.” It took two good years for him to gain the trust of beggars and to avoid further interrogations with police, he wrote to the Pune police commissioner and got a letter of recognition to him and his work.

Dr. Abhijit, who has so far helped hundreds of needy so far, wants to make it bigger. He is in plans to start a dedicated skill-development centre in the outskirts of Pune where this underprivileged will be trained in making paper bags, perfumes and sewing falls to saris etc. Dr. Abhijit says that this project needs huge funds and mentioned that he is pooling the sums up. “Local charity clubs, like the Rotary Club and the Lions Club, have given me awards for my work. But my ultimate award will be if one of my patients becomes self-sufficient enough to be a member of such high-society clubs one day,” he said hoping for the day where there would be more people living decent and independent lives. 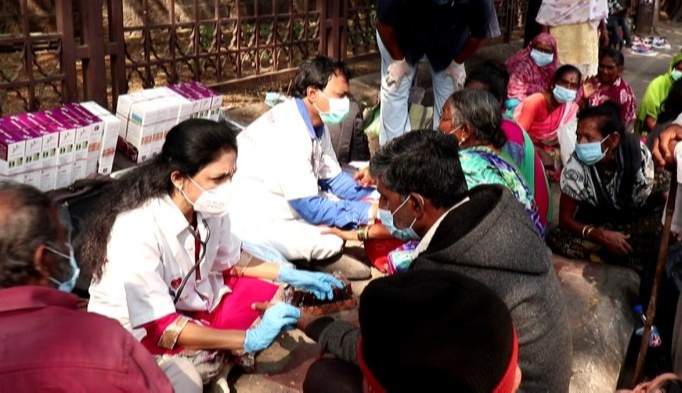