IAS officer's wife sacrificed family and luxurious life to serve and uplift a village in Bihar. Villagers compare the village under her to "Ram Rajya".
By: swetha_vangaveti
Published: 1 Years Ago
Last Modified: 1 Years Ago
Read time: 4 min read
Views  32

Who would leave the comforts of metro life and go to live in a place with no basic amenities like electricity? Who would sacrifice the luxurious life along with a well-off husband and two wonderful daughters for the sake of a backward area? Who would prioritise the well-being of strangers at the cost of seeing one's own children grow? Ritu Jaiswal, the wife of an IAS officer did this for a village in Sitamarhi district in Bihar. Let's look into her story and I'm sure you will involuntarily render your salutes to her.

Self-experience Lead To A Resolution:

Ritu Jaiswal, the wife of IAS officer Arun Kumar Jaiswal resides in Delhi. It all started when Ritu happened to visit Sitamarhi, her in-laws’ village. While she was commuting to the village, at some distance away from it, her car got stuck in the mud. The car could not be pulled out of the mud even after repeated attempts post which she had to take a bullock cart. But that too got stuck in the mud after travelling for some time. This incident made her realise the plight of these villagers who are living helplessly deprived of even the basic amenities. She thus resolved to work for the betterment of the village and uplift the deprived lives of the villagers. Though it was not an easy decision for Ritu to leave her two children back in Delhi and come to work in the village, with the support of her husband and daughter, she pooled up the courage to set her foot forward for the good work. She gained complete confidence when her daughter assured her that they would stay in a hostel and that her mother can go and teach children in the village. "Her words gave me the courage and I enrolled her in a residential school and went ahead to transform the village panchayat.", says Ritu.

In 2016, Ritu contested for the post of mukhiya from Singhwahini panchayat. With 32 candidates competing for the post, her victory was not at all easy. Ritu went to the villagers and urged them not to sell their votes. She literally pleaded with them not to cast votes for the sake of material benefits or caste. She campaigned in such a way that the villagers understood her point. With a hope to see a change in the situation of their village, the villagers gave her a grand victory. She became the proud head of Singhwahini panchayat in Sonbarsa block, Sitamarhi. She felt that the responsibility of the village, not power came into her hands. With no delay, she started reforming the village - the very first time someone did this after 70 years of independence.

The leader, Not Of Words, But Deeds:

The very next day post her winning became her day 1 to start the development works in the village. She did not wait for the government funds to arrive, which she knew is a time-consuming process. She set to work and spent money from her own purse. Though the villagers were initially not ready to give away at least a bit of their land for road construction, after noticing Ritu's tireless efforts, they agreed to give. The result is that the village has got neatly laid roads on all its sides. 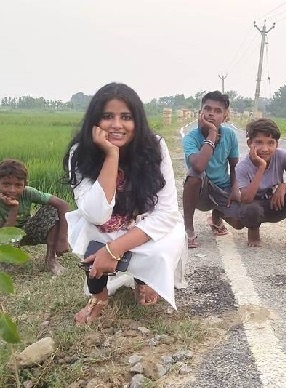 For the first time post-independence, electricity made its appearance in the village - all thanks to Ritu. She then concentrated on improving the educational standards of the village. She pictured a documentary on the same, showed it to some NGOs with whose help, she started a tuition class for the children in the village. Her efforts paid off when 12 girls from the village passed the matric examination. She set to build toilets in every home in the village to put a check to open defecation. In a span of three months, she ensured that every home has a connected toilet.

Recognition For The First Time Ever In The History Of Bihar:

Ritu personally oversaw all the developmental works. This bold leader also used to ride a motorcycle and a JCB tractor while she went on rounds in the village to monitor the works. For her outstanding contribution to the development of an impoverished village, she was conferred with the “Uchh Shikshit Adarsh Yuva Sarpanch (Mukhiya) award of 2016 as the mukhiya of the Singhwahini panchayat. Ritu became the only mukhiya from Bihar to receive this honour. The real honour came to Ritu when the happy villagers compared their village with Ram Rajya where children received an education, elders got work, houses got electricity and toilets, the youth got inspired.

Applause to the lady who left her sumptuous life in the country's capital and lived in a village to work for its betterment. She proved that it should neither be the government's duty nor that of any official to change the face of the community. Even a civilian can very well do it. May many common people be inspired by her and may many such people come forward. 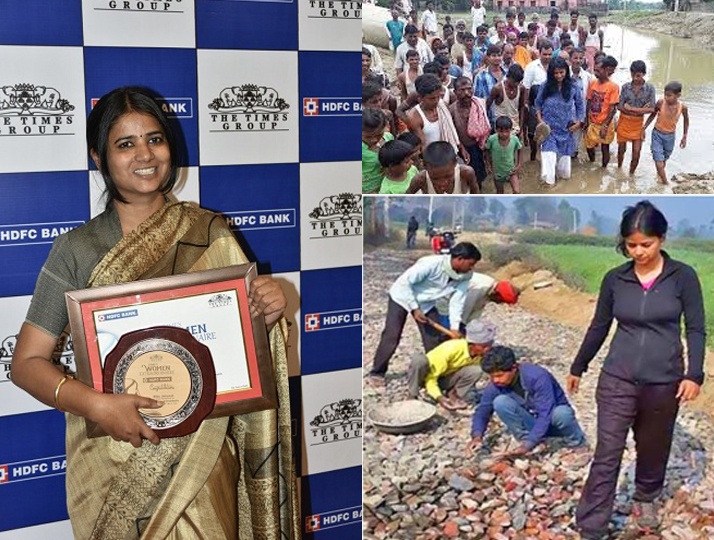