Historically the women of India have been characterized by the strength of their hearts and the daily struggle to carry forward their children and their families... we are all proud of that. However, in today's India, women achieve incredible feats in all fields of knowledge, social, political, community and military development. That is the case of sub-lieutenant Shivangi Swaroop First Female Pilot of the Indian Navy. She is one of those extraordinary women who achieve goals as a result of her strength of spirit. Sub-lieutenant Shivangi joined the Indian Navy Task Force on December 2 at 2019, an achievement for all the women of the nation. 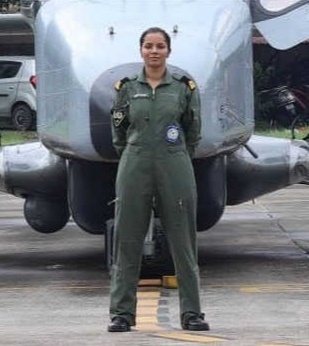 The sub-lieutenant completed SSC (Pilot) training as part of a 27 NOC course at the Indian Naval Academy, Ezhimala. She obtained the formal commission from Vice Admiral AK Chawla in June 2018. For decades’ women have been incorporated into the service of the Indian Navy, and within the aviation, corps served as air traffic operations, communications and weapons officers. However, a woman had never reached the rank of Navy pilot. Shivangi upon graduation became the first female pilot in the Indian Navy. 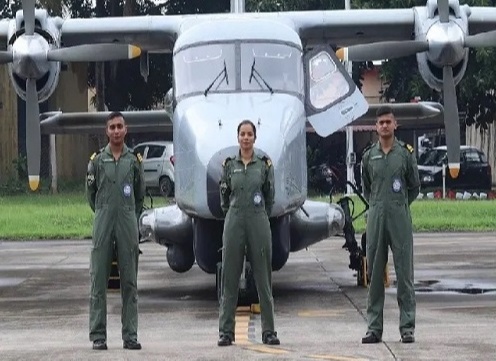 December 2, 2019 is a historic date for the Navy and for gender equality in India. In the future this date will be remembered as the beginning of the career of Indian women as pilots of the Navy and in the service of the highest interests of the nation.

Sub-lieutenant Shivangi joined Navy operations in Kochi on December 2, where she began her first flight from a Dornier 228 surveillance aircraft manufactured by Hindustan Aeronautics Limited (HAL).

The mission consisted of a reconnaissance flight over the Indian Ocean, operating advanced surveillance radar equipment, electronic sensors and network functions. The Lieutenant successfully performed the task entrusted to her, setting a precedent that was difficult to overcome. 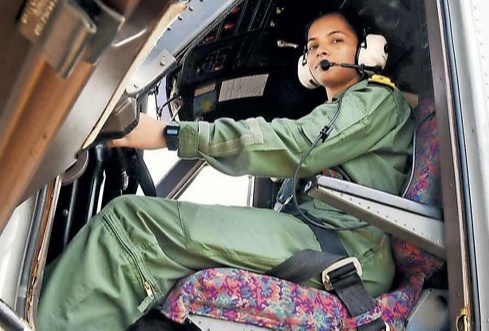 The lieutenant's great achievement was to open the doors of a profession that had been kept out of women's reach until today. From now on, the young women of India have the doors open to pursue the demanding career of military pilot in the Indian Navy Forces.

Shivagni Swaroop received the Wings that marked the culmination of a year of flight training at the Air Force Academy (AFA), the Indian Naval Air Squadron and Dundigal (INAS) 550, INS Garuda in Kochi.

The Origins of the Lieutenant

Sub-Lieutenant Shivagni Swaroop comes from Muzaffarpur, in Bihar, eastern India and completed her studies at the Muzaffarpur DAV public school. From a very young age she decided that she would conquer the heavens: "I was about 10 years old and I was at my grandfather's house and there was a minister who had come to meet people," she said.  She saw a helicopter hovering around and was so inspired that she thought that someday she would and could fly something like this. And her dream came true with a lot of effort, sacrifices and a steely conviction.  She knew she could do it and against all odds, this young woman fighter conquered the skies of India. 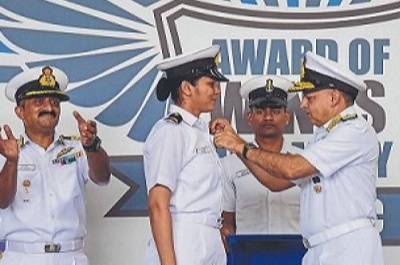 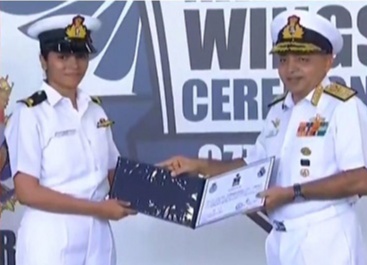 Lieutenant Shivangi studied engineering at the Sikkim Manipal University of Technology in Jaipur, where she graduated with honors. It was in the university auditoriums where she received the call to train as a pilot: "They had shown a presentation in which were the various aspects of Navy life, all those things, and that kind of things motivated me," she said. The next step will be access to ships, which for operational reasons are not yet ready to receive women.

In 2016 Flight Lieutenant Bhawana Kanth was accepted for training as a pilot of the Indian Air Force, in 2018 she made her first solo flight in a MIG 21 Bison. Months later her counterpart Lieutenant Shivangi Swaroop reached the goal of entering the harsh world of the Navy as a pilot. Both women represent the best of India for its unwavering character, discipline, and roadmaps that follow step by step until reaching goals that few people achieve.

#WomenPower: Flt Lt Bhawana Kanth adds another feather to her cap by completing Day Operational syllabus on MiG-21 Bison aircraft. She is the first women fighter pilot to be qualified to undertake missions by day on a fighter aircraft. pic.twitter.com/J5SWN8A4oD