Have you heard of disability influencers ? Here's one that you can't afford to miss.

Italian boy with multiple disabilities is showing the world that life is to live and smile. His videos are giving a message of inclusiveness.
By: swetha_vangaveti
Published: 1 Years Ago
Last Modified: 1 Years Ago
Read time: 3 min read
Views  19

The videos of a seven-year-old boy are going viral on the internet. The videos of him going to school, playing with his brother, driving his electric car are receiving adorable comments on social media. What's so special about his activities that have been taking the internet by storm? Does every kid do those? Nay! There's a huge difference. This seven-year-old was diagnosed with multiple disabilities. Due to his medical condition, he lives with his mouth open and cannot speak or eat. His breathing doesn't happen naturally. Besides all these, he has that spirit of life burning in him every moment and that is what is being shown to the world through various videos of him. Let's say Hello to this little sensation from Rome, Sirio Persichetti who is proving that there's the ability to live in every disability.

One after The Other - Trauma:

Sirio was born prematurely in August 2013 in Rome to Valentina who works at a call centre for the postal service and Paolo. Sirio was healthy at the time of his birth but 50 days later, he fell prey to "crib death" but lived and was landed in intensive care for 10 months. He suffered resuscitation, hypothermia, tracheostomy and was later diagnosed with spastic tetraplegia, a form of cerebral palsy that affects his movements. This little kid had to then carry a tracheostomy with a spastic tetra barese.

Valentina Perniciaro, Sirio's mother says, "Let's say that we are part of those excluded from the world since his birth. But we never wanted to accept this passively." 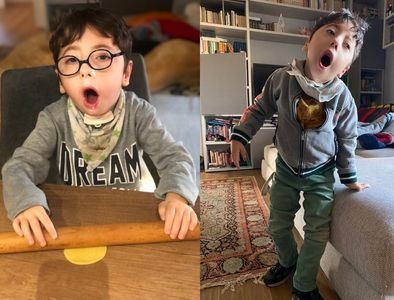 Sirio cannot speak or communicate effectively. He cannot even breathe without a tracheostomy. But his playfulness, cheerful nature and enthusiasm throw life into every moment he lives. Valentina then thought of sharing his heartwarming videos over social media. She started to post his stories where he is seen going to school, playing with Nilo, his brother, driving an electric car, etc. on Facebook, Instagram and Twitter under the name "Sirio and the tetrabonds". 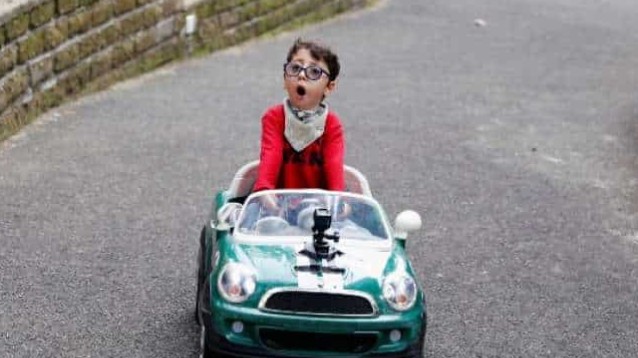 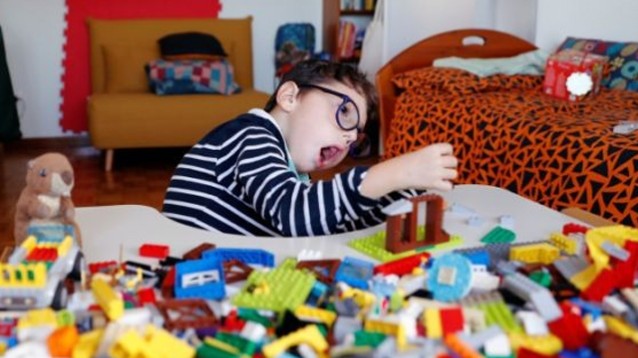 The word tetrabond being a combination of the words tetraplegia and vagabond, that show the fighting spirit in Sirio. "I got involved because I want the world to see us and welcome us," says Valentina. She also thought that his videos become a medium to tell other families who have children with disabilities that they are not alone. These can become a support system and a ray of hope for parents to stay strong and show these children the beauty of life. In these videos, Valentina doesn't manipulate anything but shows things as they are, to show how caring for a paraplegic child would be like - with all its difficulties, but also with all its joys. "We tried to undermine with irony this idea of being 'special kids' or angels to bring up only with the power of love. Perhaps this is the reason why Silvio went viral. Surely the ability to convey sympathy and desire to have fun in a child who is already funny and awkward and strange from a distance.", says Valentina. When she had to comment about the phrase "Disability Influencer", she says,

"Influencers are beautiful. We are not. Sirio shows all his disability, which is made of saliva and mucus, nothing beautiful. But we do not hide this and we try to make people understand that and accept it. In short, the world also belongs to the not beautiful ones."

“Yesterday I watched “Back to the Future” with my children. We talked about how children can inspire parents and make them braver. Sirio does this, for all the parents out there”, wrote Fabrizio Venditti, a Twitterati.

Sirio has been receiving huge love and support from the internet family. Families facing similar situation are being relieved that the stigma around disabled kids can now be broken and things become inclusive.