Guardian Angel of the Lost Children

Sub-Inspector Rekha Mishra took on the responsibility of protecting children. She is a courageous policewoman who possesses the unwavering will and commitment to return every lost child to the loving arms of their families.

This sub-inspector has the particularity of capturing the body language and sad glimpses of lost children. Gestures that express children's fears and are imperceptible to others are transformed into words in Rekha's mind. She recognizes the despair in the fearful faces, in the sadness and confusion that clouds the glances of the small children who arrive at the CST station. This is the last station and it is where the children discover that they are lost.

That cruel and sad social reality prompted Sub-Inspector Sharma to dedicate the best of herself to the rescue of vulnerable children. She says: "They are frightened children who in many cases were victims of abuse or fled from the hunger of their homes or even in just seconds were separated from the hands of their parents in one of the crowded train stations. We must protect them”. 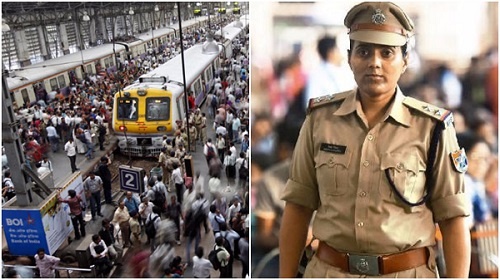 An Angel formed with military discipline.

Sub-Inspector Mishra comes from a family where serving the country from the military sphere is a tradition. That environment, where love, commitment, loyalty and a sense of duty are part of the everyday life of an exceptional family, forged the character of an exceptional woman. Rekha chose the career of railway policeman by practicing the discipline she inherited from her family. With her performance, she demonstrates every day the courage of policewomen and the sensitivity necessary to deal with delicate situations involving defenceless children.

The work at the CST station is exhausting. It is one of the busiest stations and the Sub-Inspector Mishra's workday lasts for 12 hours or more. She travels around the station hundreds of times, working in coordination with her colleagues. The other railway policemen support the Guardian Angel of the children of Chhatrapati Shivaji, alerting him by radio when they locate a lost child. 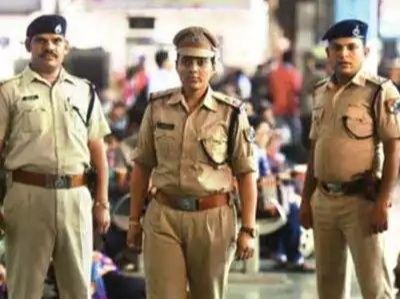 Locating children is a first step that requires not only a safety protocol for approaching the lost child, it is also essential to provide confidence to the child to accept protection: "Most children flee their homes after fighting with their parents or siblings. Some do it to meet their Facebook friends or even to meet their favorite movie stars, and others are attracted by the glamour of Mumbai. Some unfortunates have also been kidnapped”. Rekha said.

A social problem approached with the sensitivity of an Angel.

The joy of living and the innocence of children are an invaluable treasure, however, these same qualities lead them to place themselves in dangerous situations. Whether it is because the children fled from homes where they were mistreated, went out in search of new experiences, or got lost. All of these situations throw hundreds of children into the streets of Mumbai each year and they find shelters in train stations where they can sleep or ask passers-by for help in feeding themselves. The award-winning film "Lion" shows one of the many cases in which a child is lost in train stations and they only have the protection of people like this Guardian Angel. 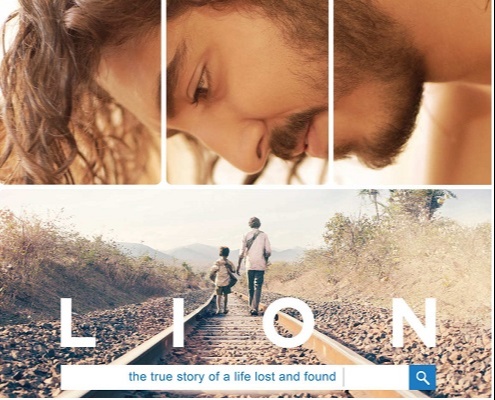 Sub-Inspector Mishra has a great heart to instill security and trust in children who are at serious risk. The children do not see the police uniform when they meet her, the little ones see in the eyes of this brave woman the love and protection that only a Guardian Angel can offer: "Although there is a standard operating procedure (SOP) for such cases, we have to approach it with a human touch, as the children are often scared of the police. Secondly, there is usually a language barrier, as the kids come from all corners of the country. It takes joint efforts to overcome these hurdles, and the social media is also a big help in such cases," policewoman said. 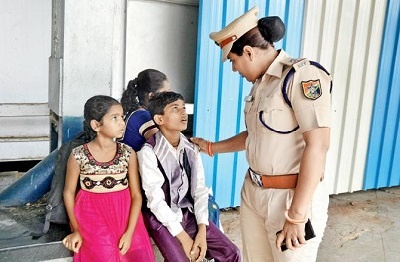 Mishra took on the mission of saving missing children from becoming destitutes from a life-changing experience in 2016. She rescued three girls from Chennai who fled their homes in search of the glamour of Mumbai. The Sub-Inspector not satisfied with the detection of the girls undertook the hard work of locating their relatives through social networks and the media: "On spotting a child, we have to take them to the Child Welfare Committee (CWC), which assigns them to a children's home according to their age. Then begins the hard part finding their families” she said.

The experience of the Chennai girls was a Deja Vu for the woman who would henceforth wear the police uniform as the armor of the Guardian Angel of the Lost Children.

From Railways to Class 10th textbook:

Rekha Mishra and her tireless work is a source of inspiration for the society of Mumbai and all of India. She has rescued more than a thousand children and the number continues to grow. The tireless work of this courageous woman was recognized by Shri D.K. Sharma, General Manager of Central Railway. Many other institutions have congratulated Mrs. Rekha Mishra for her achievements, and even President Ram Nath Kovind awarded her the 'Nari Shakti Puraskar' 2017 award during the celebration of International Women's Day.

The sub-inspector considers that the most significant recognition has been featured in Maharashtra State Board's Class 10th textbook in Marathi. A full chapter of the textbook was devoted to the work of Ms. Rekha Mishra and the prevention measures that children should know to protect themselves in case of getting lost. She points out that it is imperative that all children know the risks they run when they run away from home and go to places as crowded as a train station or the streets. "It's important for children to understand that by running away from home in search of the glamorous Mumbai dream, they are actually endangering their lives," she says. 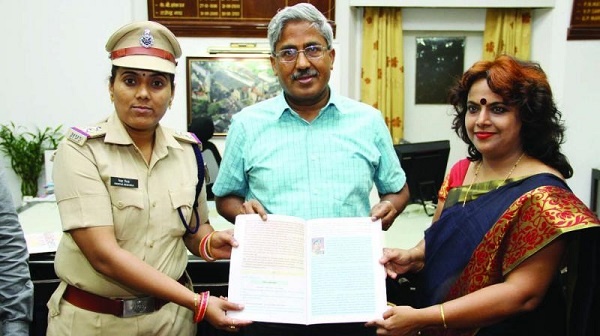 The Guardian Angel of the Mumbai children far surpassed the famous English tale of Peter Pan written by the English author James Matthew Barrie. She rescues the children and returns them to their families on the principle that "Whoever has one child is the mother of all the children in the world" and Rekha Mishra already has more than a thousand children.