Changed the brutality towards Dalit Community who are respected today.

Nazareth Association for Social Awareness in short called NASA is an Organization started to support The Dalit Society who have been the victims of Castism.
By: Preetham Bengaluru
Published: 1 Years Ago
Last Modified: 1 Years Ago
Read time: 6 min read
Views  32

The founders of this NASA (Nazareth Association for Social Awareness) have also been the Victims of the Caste System and have gone through many unfortunate situations that should not be faced by a human. The founders are Christopher Premdas and Jyothi Premdas. They started this Non-Governmental Organization in the year 1980 along with a group of people who volunteered to help the less fortunate, victimized Dalit community and Adivasis, the tribal community who also faced oppression but in a different way. They helped the people from East Godavari and Visakhapatnam of Andhra Pradesh. Their head office was located in Tuni.

Who are Dalits and why are they being Oppressed by the Upper Caste...

There are upper caste and lower castes according to Indian society. Sudras had the lowest position in the caste system. Almost everyone in the Sudras community was Agricultural labourers, bonded labours, artisans, craftsmen, dancers, and musicians.

Sudras have been subjected to extreme forms of exploitation, degradation, and debasement by upper castes. The barbaric and slavish treatment has perpetuated the mindset of the Sudras’ untouchability, as they were constantly engaged in menial jobs.

This practice of untouchability ultimately created another section within the Sudras called Panchamas they were called Dalit. The Panchamas were treated worse than the Sudras, they were subjected to terrible oppression and faced the phase of poverty and misery with so much pain. 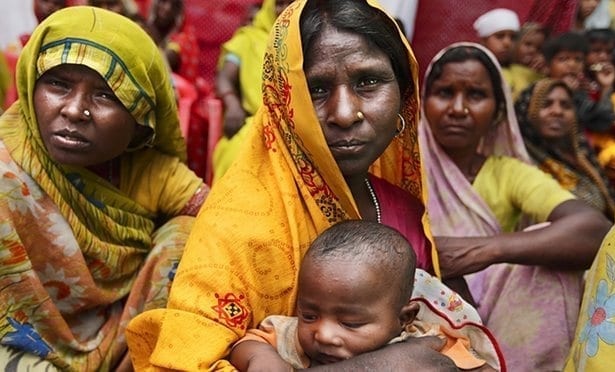 This is where the practice of UNTOUCHABILITY came into power, the people of the upper caste practised this Cruel Act since a very long time ago, it's been going on for centuries.

The Dalits were not allowed inside temples, they were subjected to all kinds of menial jobs such as the execution of condemned criminals, cleaning of villages, removal of dead animals, tanning and leatherwork,  sweeping streets, removing human waste with their bare hands, practising Jogini, Dasi, Mathangi, Bonded labour, Palero and many others. Above all the upper caste subjected them to Bonded Labor, the slavery been practised on the Dalits was likely a pleasure to them.

The Dalits were hardly given any Privileges, they were highly discriminated against. They were not given residential space In the village, they were denied into the Temples and shrines, upper-caste barbers, Dobies denied services to them.

They were not allowed to even go near public wells let alone use the water in it. Not only public wells they were denied all the public services like schools, courtrooms, roads, etc.

NASA changed this Phase of Sufferings of the Victims...

The vision of NASA is to create an egalitarian society based on the values of love, concern, compassion, peace, justice, and liberation.

Their Mission is to educate and empower Dalits and other oppressed groups of people in the area to claim their rights and entitlements as per the Indian Constitution and the Universal Declaration of Human Rights. To provide a better future for the most vulnerable sections of the Indian society: Dalits, tribals, women, orphan children, lepers, the elderly, differently-abled, bonded-labourers, sex workers, and HIV/AIDS victims. 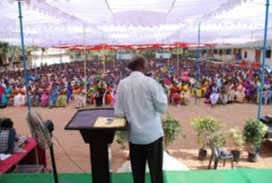 Their main objective was and still is to Educate Dalits and others about their rights, how they are exploited and how they can liberate themselves from dehumanization and exploitation.

To Organize Dalits into community self-help and mutual support societies, or ‘Sanghams’.

To Demand the eradication of social barriers erected by the caste system, the application of human rights and the law, and the removal of all exploitation, especially of women.

NASA has been able to Help construct over 12,000 permanent houses for Dalits and tribal people living in huts. They acquired and developed more than 22,000 acres of land for landless Dalits and tribals.

They Motivated so-called Untouchable people to break the shackles of caste. Today Dalits are entering hotels and questioning upper-caste authority.

NASA Constructed 32 houses for 120 lepers who were living and dying on the streets. 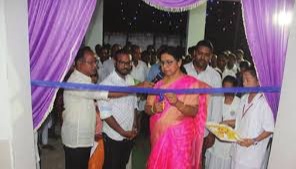 NASA relieved thousands of Dalit children from the bonded labour, Paleru system. In 1985, less than ten per cent of Dalit children in remote villages went to school, but today seventy per cent do. They Care for 500 orphans/destitute children in the Light of Love Children’s Home run by NASA saving them from begging and exploitation.

NASA assists many young people through College and University by paying for fees and books. They help women escape sexual exploitation by enabling them to start women’s federations and save a total of 20 million rupees to liberate themselves from exploitation and money lenders.

Through DPIS, they unite the Dalits in the village bringing awareness among the people about the various acts and laws which guarantee rights to the Dalits.

WOMEN BEING EMPOWERED THROUGH NASA, they come together and save small amounts of money and distribute among the group members in the form of a loan with incentives added by NASA.

A 63-year-old Dalit woman recollects her memories of when she was young back then, her parents were illiterates and were daily wage labourers, this situation made her education to be impossible. She was married at the very young age of 14 and was sent to her Husband's house.

She told that their “vaada” was a hub for alcohol drinkers, playing cards, and prostitution, the people living in the vaada mainly constituted daily wage labourers and illiterates. Males of the community were very irresponsible, they used to drink out the daily wages almost every day and those times were really bad.

When NASA started its activities in that village, the conditions gradually changed. They conducted awareness camps, organized a number of meetings, and untied the Dalits, and taught them about the importance of education conducting night schools for the elders in the vaada.

People used to go to these schools after their work and learnt many things. NASA along with the people occupied the barren land and developed it for community cultivation. Now almost every Dalit who was landless has at least 1 or 2 acres of “kondapodu” that is the land in the hill area, the land where they cultivate cashews. Their economic conditions have improved and they have understood the importance of savings and they have educated their children. The 63-year-old is happy with their living condition today and gives all the credits to NASA.

This is the story of a woman from an OBC community who is the leader of the MACS group. She has also married at a very young age her husband is an auto driver. She studied till intermediate, and after marriage, she became a housewife. She doesn’t have children and because of that, she experienced loneliness as she was sitting idle at home. Through her neighbours, she came to know of the MACS group and started working with them.

She became super active in the activities and reached a stage where she became a leader of one of the groups. She regularly participates in every program of NASA and speaks on public platforms. She says that she feels as if she has been able to relieve herself from all her problems and is able to help her husband economically. This is another success story of NASA.

This organization has clearly made so much of difference in the lives of the Dalit people. They started their service to this particular community because the brutality towards The Dalits was unbearable and now they are still continuing the deed even after the demise of the founder. But they are expecting to get back to their pace with the new leadership. Let's get along and say A BIG NO! to Discrimination and raise our voices as DR. AMBEDKAR did.