Payeng the "Man of the Forest" received the Karmayogi Prize 2020.

In 2012, a historic agreement was reached during the World Environment Conference - Rio Summit. With the attendance of the presidents of Brazil, South Africa, and India and the Chinese Prime Minister and representatives from all over the planet, a non-binding framework agreement was signed where the attendees committed to declaring their carbon emissions. The declaration of carbon emissions issued by each country year by year is an instrument to develop strategies aimed at reducing the carbon footprint and collaborate with the health of the planet. The proposal was originally made by the Indian representatives at the Rio Summit.

The historical and cultural commitment of Indian society to nature has suffered great setbacks as a result of the exponential growth of cities, deficient health services, scarcity of fuel and poverty. Nevertheless, a balanced relationship with nature is part of India's ancient culture. One of the most emblematic people in that ecological culture is Mr. Jadav "Molai" Payeng known as the "Man of the Forest".

Mr. Payeng is a forest service worker in the village of Jorhat who for decades planted trees on the banks of the Brahmaputra River. The commitment of the Forest Man has led him to plant 550 hectares of forest. At the age of 57, he is recognized by the people of Kokilamukh in Jorhat, Assam, for the forest he managed to plant and care for. The villagers named the forest planted by Forest Man with the name of Molai, after the environmentalist's work. 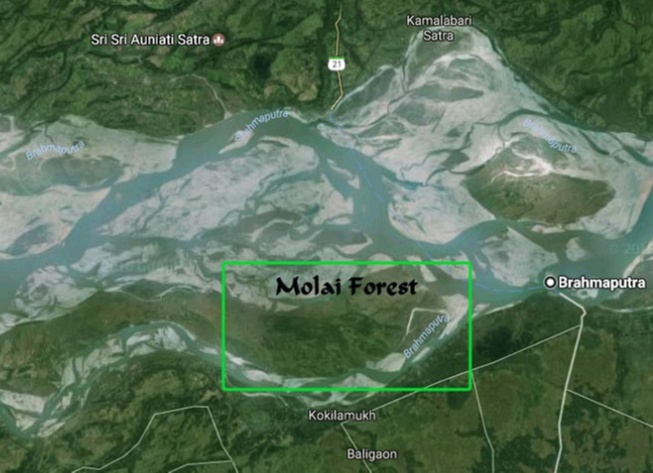 The ecological beginnings of the Forest Man, go back to his 16 years when he lived the effects of climate change on native fauna. At that time, the floods devastated the sandbanks, which had no trees to prevent them from being washed away, leaving hundreds of snakes at the mercy of the sun and it dying of dehydration. The impact of the Dantesque scene of the dead snakes prompted the young Payeng to rescue the sandbanks by reforested bamboo.

Mr.Payeng initially planted 20 bamboo seedlings on the banks of the Brahmaputra River, and in 1979 he began working in the social forestry division of Golaghat district. The goal of that division was to plant trees on 200 hectares of land at Aruna Chapori, located 5 km from Kokilamukh in Jorhat district. 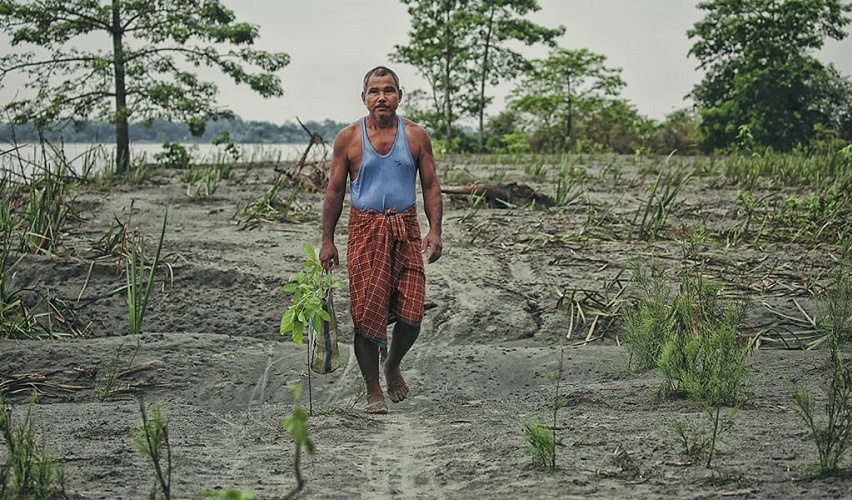 When the campaign ended after the planting of the 200 hectares the workers were reassigned, however, the Man of the Forest decided to remain in the area to take care of the newly planted trees and continue planting trees. Until 2020 Mr. Payeng managed to plant various types of trees: valcol, arjun (Terminalia arjuna), ejar (Lagerstroemia speciosa), goldmohur (Delonix regia), koroi (Albizia procera), moj (Archidendron bigeminum) and himolu (Bombax ceiba). For Mr. Payeng commitment to local wildlife was and is a commitment to life.

A forest for endangered fauna

The significance of the Molai forest is so striking because it became home to large mammals such as Bengal tigers, Indian rhinos, deer, monkeys, vultures, and rabbits. But the most iconic act of Mr. Payeng's feat was evidenced by a herd of elephants. This herd had caused serious damage in a village of Aruna Chapori, the surprise of the guards was great when they found 115 elephants in the forest of Molai. To this day, the elephant herd visits the forest every year and stays there for six months. This Man of the forest provides a home for the elephant mothers, who have given birth to ten cubs in the 12 years they have been visiting the forest. The work of the Man of the Forest is not limited to planting trees, it also protects the forest fauna from poachers. In 2013, one criminal band attempted to kill rhinos in the forest, but the alarm raised by Mr. Payeng led authorities to arrest the band of criminals.

Mr. Payeng believes that his work in the Molai forest should be replicated in other forests, so he is working on developing expertise in other forests that need reforestation. 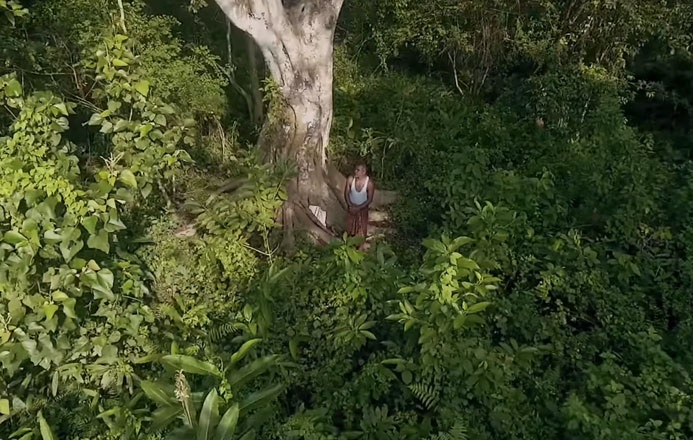 The man of the forest is much more than a protector of nature. Payeng belongs to the missing tribe of Assam; from whom he learned the importance of protecting, respecting and loving nature. He and his family live in the forest, has three children and a wife who loves nature as much as he does.

The location of his cow and buffalo farm within the forest makes him easy prey for tigers, which, faced with the progressive loss of hunting territory due to the growth of urban centres, attack the herds of breeding animals, like Mr. Payeng's. He does not blame the tigers; he holds the humans responsible.

The Man of the Forest received an award from the School of Environmental Sciences at Jawaharlal Nehru University in 2012. During the event, he shared the stage with Magsaysay Award winner Rajendra Singh and Jawaharlal University Vice-Chancellor Kumar Sopory.  Later in 2013, the Man of the Forest was honoured by the Indian Institute of Forest Management during its annual Coalescence event. In 2015 he received the Padma Shri Award for his environmental work. 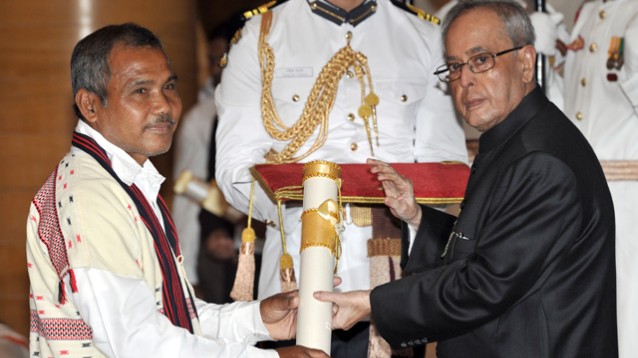 Mr. Payeng's story is a legend and a source of pride for the entire country. Documentaries were made about his personality and his fight for the environment. Indian documentary filmmaker Aarti Shrivastava made a documentary in 2013. That same year Mr. William Douglas Mc Master produced the documentary Forest Man, which won the Best Documentary Award at the Emerging Filmmakers Showcase in the American Pavilion at the 2014 Cannes Film Festival.

His environmental work is the subject of a children's book entitled Jadav and the Tree-Place, written and illustrated by Vinayak Varma. The book is available in Story Weaver. Mr. Payeng received the Karmayogi Prize 2020.

This Man of the forest who provides a home for the elephant mothers must be shocked, devastated and angry on hearing the recent news of a pregnant elephant killed in Kerala after eating a pineapple stuffed with crackers. 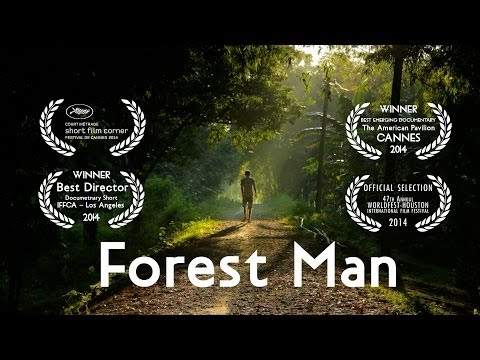