Cyber crimes are on the rise. This Foundation is helping people to deal with it.

Complaints against sextortion, revenge pornography and porn scams ram the desks of Akancha's Foundation among numerous other complaints related to cybersecurity. As soon as a complaint is received, its urgency is flagged and addressed accordingly. Years ago, a young lady, who worked with multiple prominent companies like Deloitte was victimized by cyberstalking. She choked to pull herself out of the intelligently planned trap and could finally come out of it after a big "life and death" struggle. Once she was out of it, she understood the importance of cyber safety in everyone's life and how can cyber stalking, bullying and misconduct can affect a person's life. She thus decided to spread awareness on the same as people especially in India know very less to nothing about cyber safety. Moreover, victims of cybercrime don't even dare to report it to the authorities due to lack of knowledge about their cyber rights as well as not knowing who to approach and what to produce as proofs. Thus, the cybercriminals victimize the victim to multiple manifolds. To address all these concerns, to raise awareness on cybersecurity, this lady, Akancha Srivastava initiated a foundation that has been up and running for four years now helping create a safe platform for online participation. Akancha, who was a brand strategist and an entrepreneur, turned into a social entrepreneur through her "Akancha Against Harassment". Let's get into her story and know more about her.

A Long and Rising Career Graph:

Akancha Srivastava graduated in history and political science post which she pursued Mass Communication from Shreemati Nathibai Damodar Thackersey Women's University. She was tough on herself during her academic years in order to hone her skills to direct them in the best route possible by including activities like photography and writing the biography of the lyricist Javed Akhtar. For drafting his biography, she was also awarded the best literary project. Post her studies, Akancha went on to work as a Keynote Speaker and Coach/ Chief Branding Strategist with multiple organisations like Deloitte, RedHat etc. and also founded "Azure", a strategic brand consulting organization based in Mumbai in the year 2001.

The Rise of Foundation:

Akancha, who has been a victim of cybercrime and experienced the worse shades of it, stared knowing more about cybercrimes after she came out of the trauma. After her friends asked her to write about it, she was a bit doubtful of what her clients and venture capitalists with whom she has had a professional relationship of over 15 years would think of her. "I was consulting with CEOs and venture capitalists; I was worried about what they would think about it. But good sense prevailed and I published a blog,” she stated. After writing about her experiences, within just two weeks, her blog had got over a million views from across the world.

“People started writing into me. Every single client, vendor, and partner, whom I was sceptical about, called me and said, “At least somebody spoke about this topic.” Now I think that everything we go through in our life is leading us to something larger,” she recollects. This encouraged her to do more and help people with cybersecurity awareness. That's where the bricks to the Akancha Srivastava Foundation were laid in the year 2017. 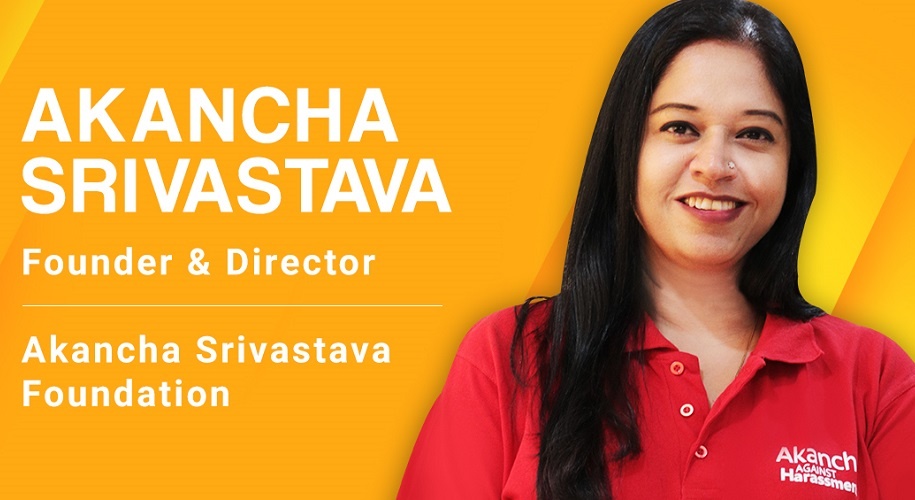 In order to voice cyber-harassment and to address cybercrimes, Akancha Srivastava Foundation started an initiative called Akancha Against Harassment, a campaign headed by Akancha herself that is aimed at making online, a safe place to interact. Through this initiative, Akancha and her team work with the Indian Police in educating and empowering them with cyber safety knowledge, recommend changes to the processes of handling cyber complaints of women and children, built a channel in collaboration with the authorities for seamless integration of resolutions, work with senior political, social and entrepreneurship leaders to influence definite changes. The foundation’s helpline team works 24x7. 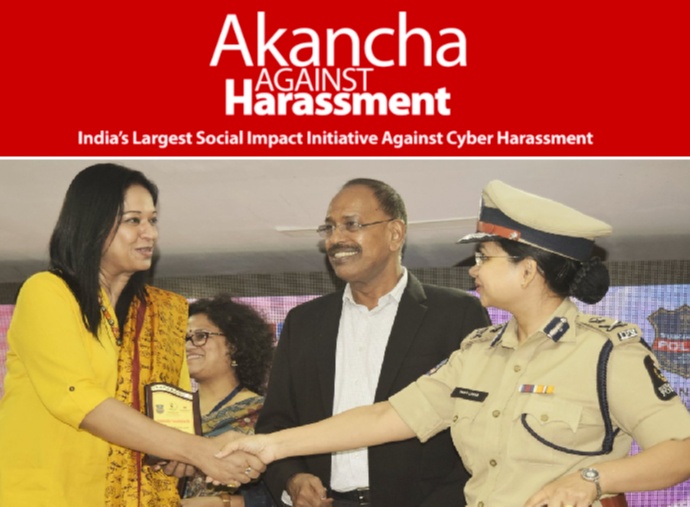 They get around 10-12 complaints a day but since April 2020, they have received over 800 complaints, a majority of which were from women. Srivastava works with three teams including 29 full-time employees and interns. When they receive complaints, they are colour-coded in order of the degree of urgency - red being SOS complaints and orange, yellow, green following. There are also hundreds of volunteers that include influencers, legal experts and law and order authorities etc who offer their help. Complaints they receive include sextortion, revenge pornography and porn scams. “There are also a lot of unsolicited pictures and videos that are going around,” adds Srivastava. In every case, Akancha says that the victim is further burdened by societal shame which shouldn't be the case. With three major goals to educate, empower and protect, and with a digital reach of over 125 million, the team conducts regular workshops across the country covering 23 Indian cities so far. Srivastava personally addressed 1 lakh people to date. “Students, parents, teachers—anyone with a smartphone and access to Google is our target audience,” she says. In 2018, Akancha Against Harassment launched an AI-enabled English helpline and in 2019, they launched a Hindi helpline. “Many of us in the country don’t know our rights and laws. So these chatbots provide phone numbers, tell you whom to approach, how you can file a complaint and what rights you have,” she explains. During the lockdown, they have conducted cyber safety workshops through Instagram and Facebook Live sessions addressing topics such as child grooming, revenge pornography and other internet crimes. Akancha Against Harassment also acts as a bridge between the police and victims.

“The initiative has helped bring down the feeling of distrust towards the police that victims have besides the fear of approaching authorities”, she adds.

Akancha wants more people to know about and reap benefits out of Akancha Against Harassment on a global scale.

"We want more people to take advantage of this initiative. People should benefit and educate themselves, crimes should go down, perpetrators should be brought to book and for that to happen, knowledge should be freely available.”

More than anything else, pulling people out of the trap laid out by the cybercriminals is something that's the need of the hour today. With even eminent personalities falling prey to cybercrime, more awareness and understanding about the same will help people remain safe and secured. Especially, women and children need immediate protection from being victimized to death.