Back in his slum, he intended to offer free self-defense training to underprivileged ones, prepared them for future challenges.
By: manjula_banerjee_canada
Published: 1 Months Ago
Last Modified: 1 Months Ago
Read time: 4 min read
Views  39

Many studies show that sports such as martial arts and Taekwondo have a strong positive impact on youth. On the planet we live in, even kids ought to have the option to shield themselves from hurt. Furthermore, martial arts are a practical and powerful way to self-defense, mainly when taught early. Unfortunately, due to budgetary restrictions or insufficient knowledge, countless children are never introduced to martial arts. Along these lines, Jaydeep Sham Kadam, a 31-year-old Mumbaikar, is attempting to alter this by offering free courses in Taekwondo, a Korean martial art discipline, to impoverished youngsters to assist them in paving their way to prosperity.

In his experience growing up in the Mumbai slums, Jaydeep has seen how lack of opportunities can cripple youth. Because he did not want other kids to go through the same sort of pain and struggle he went through during his adolescence, his life's ambition was to train unprivileged children in self-defense. Participating in sports may teach people valuable life lessons, according to Jaydeep.  He helps children learn how to fight, breathe correctly, build confidence, focus on study, and bring balance to imbalance.  Nearly 70 youths attended Jaydeep's class every evening; many also won awards from state sports officials.

Jaydeep Kadam, 32, hardly recollect his adolescent phase when life was off the loop. In Chembur slum, he lived in a rented home with his family. His dad was a mailman at the GPO in Fort. His mom was a housewife. To keep alive or increase their wealth was a daily challenge. Fortunately, there was a beam of hope waiting to offer Jaydeep a golden opportunity. He performed admirably during the youth school sports session, inspiring his trainer, Robin Menezes, to request that his father send him in for further practice. They did, and Jaydeep began taking taekwondo classes. One move showed Kadam that Tae Kwon Do isn't all he does. He offers no-cost training, with Menezes fetching him up and dumping him off at practice and tournaments. Along these lines, he buckled down enough to contend with challenges at the local, state, and in the end, national level. He mentioned,

"But the ultimate victory came once, despite underperforming in my 10th class English exam, I was eligible to apply to top universities underneath the sports quota. "It taught me that athletics could create opportunities & offer you the road to success".

Taekwondo delighted him so much that he kept practicing it for quite a long time. Then he finished a lone ranger's trade course and earned a degree in practical preparation. Jaydeep, at 26, got his black belt in Taekwondo in 2013 and chose to begin instructing impoverished youngsters all around the metropolis. 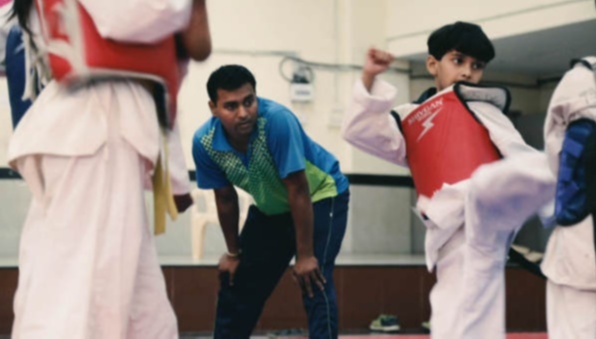 His Gullak savings for new challenges-

Jaydeep became a physical trainer at St Xavier's High School. Finding a suitable location for these meetings was perhaps the most significant challenge. Several of the institutions that Jaydeep approached declined to host martial arts classes on their premises. Eventually, a BMC campus  amended to help Jaydeep access their grounds every evening at 6 p.m. Jaydeep said,

"With  a lack of gear, clothes — we used flip flops as punching pads on our arms and hands."

After school, when parents are busy at work and adolescents will usually meander into unacceptable behaviors, Jaydeep's technique encouraged them to be engaged, restrained, and inspired. Jaydeep, however, needed significantly more cash due to each hardware pack costing Rs 5,000, as well as each coat estimated at Rs 600. He started out playing the dhol numerous times across the city and made a few hundred bucks from it. In addition to arm gear, headgear, and coats, he invested a large portion of his earnings on protective equipment for Taekwondo. Despite this, it wasn't enough to support seventy children. Jaydeep invested more time and effort to acquire more hardware because the hardware was essential for practicing Taekwondo. Besides his work as an ICSE PE teacher, Kardam mentors 80 slum boys. Slum boys are "in fact more determined", he states. About 90% aren't enthusiastic about academics but understand that this is an area to excel. 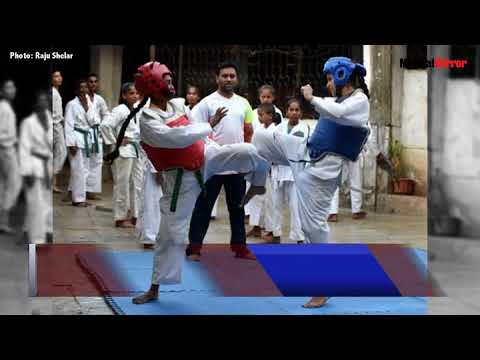 Contribute endlessly to the future of youth-

Jaydeep Kadam has taught these kids to guard themselves and also helped them open up to challenges and overcome obstacles. Among these children, he wants to prepare a portion and take them to public and global titles. His girls batch has done well at state contests, one set second at the Mayor's Cup. Rohini Gode has been training under Jaydeep for the past few years.  In the State Sports Officers Tournament, she earned a bronze medal after learning these life lessons. Chembur resident Rahul Kulkarni has been practicing Taekwondo since 2013 and is an instructor at Jawahar Vidya Bhavan. Rahul mentioned, "Taekwondo changed my life".  Jaydeep guided him through the process, polished his talents along the route, and shaping him further into a successful fellow today.

As a result of Jaydeep's efforts to assist these poor children and their families, he is an icon of generosity. Mastering karate underneath Jaydeep's tutelage has aided many youngsters to be empowered with self-confidence, enhanced self-control, and even found their strength. Additionally, it has prevented them from succumbing to any negative or unfortunate tendencies. In the long run, Jaydeep Kadam hopes to establish a kung fu academy. Additionally, to build foundations for sports in the slums, buy materials, and cover tournament entrance, athlete nourishment, and travel expenses, he is raising significant funds through the crowd-funding site Milaap. 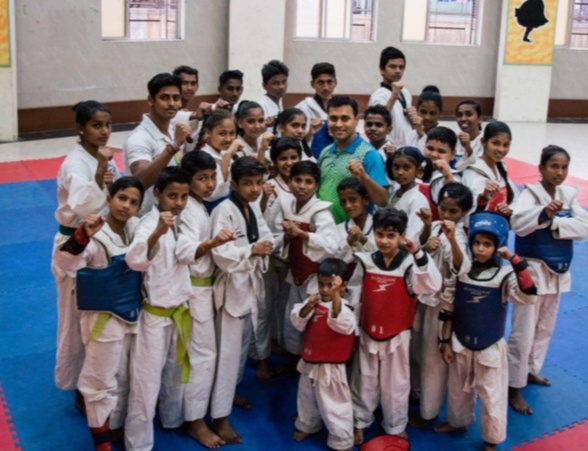