PM Modi awards Chaiwala a School drop out for his exemplary contribution towards educating Slum Children.

Devarapalli Prakash Rao a Chaiwala and a School drop out for his exemplary contribution towards educating Slum Children, PM Modi awards him with The Padma Shri.
By: pranita
Published: 3 Years Ago
Last Modified: 3 Years Ago
Read time: 3 min read
Views  347

Prakash Rao from Cuttack has dedicated his life to educate the underprivileged children. Rao was always keen on studying but was never encouraged by his father. His father who was a tea seller forced Rao to quit school even before he could clear class X and made him work in his tea stall. Soon, Rao’s father fell ill which forced Rao to take up the responsibility of the tea stall and pay his bills. While he was serving tea, Rao would see slum children running errands. As Rao grew up, his urge to study did not die. He did not want the slum children to suffer like him and thus decided to impart education to them. In 2000, he decided to act on his dream and opened a small school in Cuttack. 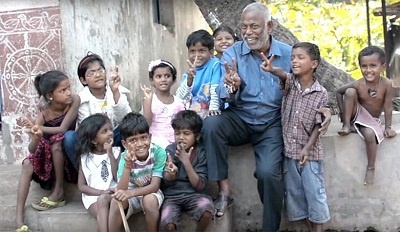 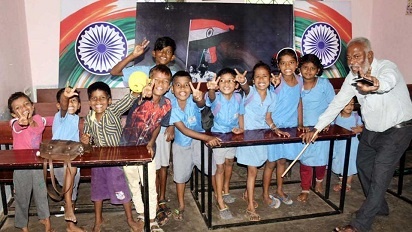 Light of Hope for the Hopeless!

“Asha O Ashwasana”, the school started by Rao gave hope to many slum children. At first, it was difficult for Rao to convince the parents of the slum children to send them to school. Parents thought that sending their children to school would minus one member’s income to the family. Somehow, Rao was able to persuade them and now his school has classes till the third grade. These students are the children of rickshaw pullers, daily wage earners and municipal drain workers who don’t have access to quality education.

Starting a school was not an easy task with an income of a tea stall. Despite being frugal, Rao shared half of his earnings from the tea business to educate the school children. He wakes up at 4 am and runs the stall till 10 am. He then goes to school to teach the students. Though, initially, he would bear all the educational costs now more people are extending him with help to support the school.

Currently, he teaches 70 slum children from nursery to class three. Rao does not stop there. After completing class three, he gets the students admitted into government schools.

He takes pride in his students who not only excel in studies but also in the field of sports. Mahesh Rao of Prakash Rao School won six gold medals in the National Windsurfing Championship held in Goa in 2013.

In his documentary, Brewing Minds, Rao talks about how he suffered from paralysis due to vitamin deficiency. He narrates how his life has been saved by a stranger who donated blood to him. Since then Rao and his wife have been regular blood donors. He makes sure that the children in his school do not face the same problem. He takes care of their nourishment by providing them a glass of milk and biscuits every day. 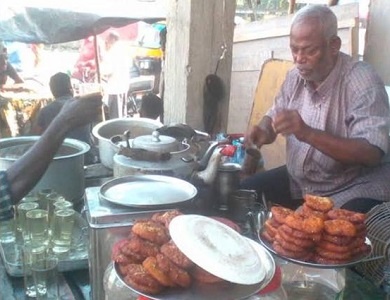 Apart from running the school, Rao also runs a Help Center near the SCB government hospital, Cuttack. The help center provides milk, hot water, ice cubes and other necessities to the patients. Rao’s list of helping others does not end there. Every day, he visits patients in hospitals and help them with their needs, be it with free food or with his services and sometimes with money.

Rao says that his biggest achievement was when his efforts were praised by Prime Minister Narendra Modi in his radio program “Mann Ki Baat”. On May 30, 2018, in his radio program, PM Modi said referring to Prakash Rao that Rao has been selling tea for the past 5 decades but you will be amazed to know about the work he is doing. He was impressed that Rao has not only given hope to the people of his slum but also supports the ones who don’t have their own home. 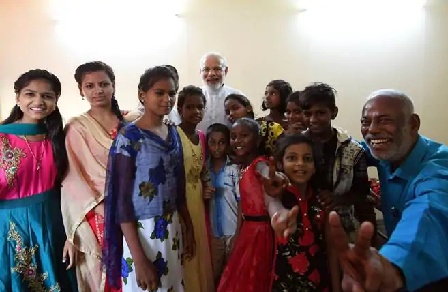 Devarapalli Prakash Rao has also been conferred with the Padma Shri award, which is the fourth highest civilian award in the country, for his contribution towards boosting the value of education among slum children. He was also felicitated by the Odisha Human Rights Commission on World Human Rights Day on December 10, 2015.