Mylavarapu Krishna Teja from Andhra Prades and an IAS Officer of Alappuzha, Kerala is the person Beyond the Secret Operation of Kuttanad Floods.
By:  pranita
Published:  1 Years Ago
Last Modified:  1 Years Ago
Read time:  3 min read
Views  6.1k

Making of an IAS Officer

A Computer Science Engineer from Andhra Pradesh, Mylavarapu Krishna Teja is currently an IAS officer in Alappuzha, Kerala. After completing his schooling in Chilakaluripeta which is a city in Guntur (AP), Mylavarapu got graduated as an engineer from Narasarao Peta College of Engineering in the year 2009. He then went to crack the Civil service exam in order to become an IAS officer. Preparing and clearing the civil service exam is not an easy task as it requires a lot of determination and focus. One has to have excellent knowledge not only about the subject but also the current and past affairs of the country.

Meanwhile, Mylavarapu served as a lecturer in the RC Reddy IAS coaching center. This is where he learned how to overcome stress and be confident. This helped him in his journey of becoming an IAS officer. After three failed attempts, Mylavarapu cracked the civil service exam strategically and successfully.

In August 2018, India saw the heaviest downpour in one of its southern states. It was one of the worst floods in the history that Kerala witnessed. The dams near Kuttanad and Chengannur in Alappuzha were filling up quickly due to the downpour that had continued for weeks and so the dams needed to open to let the water flow out. This made Dr. Thomas Isaac (finance minister of Kerala) and Mylavarapu (sub-collector of Alleppey/Alappuzha) sketch out a plan to save the lives of over 2 lakh people. They both had realized that if the dams are opened then the water will flood into the lower regions of Kuttanad, which would submerge the people living there. This led them to start Operation Kuttanad where people living in Kuttanad had to be evacuated from the place without knowing about the danger they’d have to face in the coming hours. They ensured that relief camps were set up to rehabilitate the rescued people. 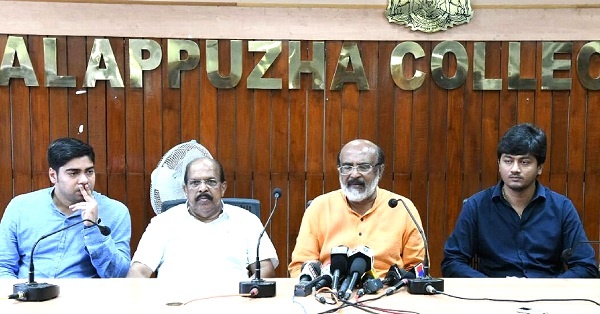 It was not an easy task to evacuate the people who believed that they will not be affected by the upcoming floods. With the floods hitting the place within 48 hours, Dr. Isaac and Mylavarapu gathered the available district level officers for a meeting. The officers were unsure if they would be able to evacuate over 2 lakh people from the place as there was no road access due to heavy rains. As boats were the only way to rescue people, Mylavarapu started collecting boats while Dr. Isaac tried to convince people for evacuation.With the help of the policemen, they were able to voluntarily and forcefully (not physically) convince people to leave their houses and move to the relief camps. The NDRF and BSF teams also supported the mission. Over 200 boats were deployed for this mission and within three days, they were able to rescue 2.5 lakh people from Kuttanad that is nearly 95% of the population that resided there. 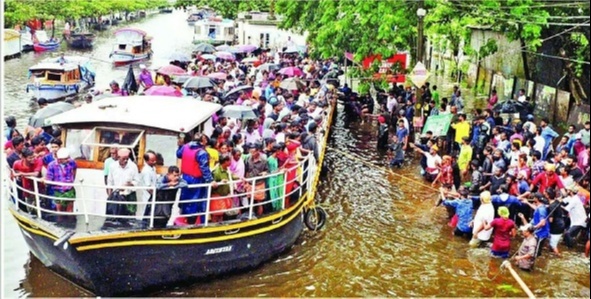 On the evening of August 18, operation Kuttanad was partially completed as they had to not only rescue people but also the animals that resided in the region. The animals were rescued and evacuated to safety and provided all medical and the required food.

The officer and the minister’s role did not end there. They had to be on the ground to calm the rescued people who were worried about their lives in the upcoming days and also ensure that the required supplies reached the relief camps. In such a situation, Give India and The Better India organizations came together to help rebuild Kerala by raising funds and supported 41,000 people affected by the flood.

Kerala was able to face the challenges thrown by mother nature independently, as well as, with the help of authorities. Many have stood by the people of Kerala and supported them in recovering their life as much as possible. It is a heroic act done by each and everyone who has stood by and helped Kerala in rebuilding its status back to life.

The Clear Vision and Future Mission of Mylavarapu

Inspired by his brother (Mr Narendranath who is an Indian Forest Service officer), Mylavarapu knew that his happiness lies in providing service to the citizens of the nation.

Mylavarapu believes that one can achieve success with hard work and commitment towards one’s goal. He further wants to work for women empowerment, social justice, and qualitative education. He is keen on accomplishing the task of rehabilitation of the people through fundraisers.

Test, Trace, Track, Treat mantra successful for Ghatne Village to be COVID-free. All prepared for the third wave.

Maang tikkas are being redefined by this entrepreneur duo and much more.

What does it take to become a renowned photographer. Patience and only Patience says the teen.

What does this Farming School's aim going to be. Genius concept.

Test, Trace, Track, Treat mantra successful for Ghatne Village to be COVID-free. All prepared for the third wave.

Maang tikkas are being redefined by this entrepreneur duo and much more.

What does it take to become a renowned photographer. Patience and only Patience says the teen.