Meet the lady who ratified the Stockholm Convention to achieve a chemical-free future.

Toxic-free life is her motto. She raised her voice and several organisations joined. The Goldman awardee has been running marathons for a toxic-free planet.
By: swetha_vangaveti
Published: 2 Years Ago
Last Modified: 2 Years Ago
Read time: 5 min read
Views  11

When there's piled up toxic waste, what damage it causes to the environment runs beyond your imagination. Especially, when the toxic waste is obsolete, the threats it poses to the environment are undoubtedly serious. The countries located in the EECCA region were on the same lines with vast stockpiles of highly toxic and obsolete pesticides and PCBs. But how have they become home to such huge stockpiles? During the Soviet era when the EECCA republics served as the main food source of the country, they received large amounts of pesticides to aid in food production. However, with the collapse of the USSR, most of these countries lost the control of the system and the stockpiles of these pesticides were left to air with no utility, and the chemicals also were not properly stored. This lead to many issues. The first being the use of these toxic chemicals on local crops and in backyard gardens by farmers with little knowledge. Not storing these obsolete chemicals and pesticides properly result in the leaking of these harmful substances into the soil thereby contaminating the crops, water sources, and thus the level of danger is multiplied. Though the production of many POPs is banned, due to their bioaccumulative properties and the ability to travel long distances away from their original sources, they continue to poison the environment in ways innumerable. Currently, these toxic substances are being buried in ditches and are stored in dilapidated buildings throughout the EECCA region. Governments lack the capacity, financial resources and will to manage these toxic chemicals. Many of the stockpiles are not registered as a part of national inventories. While industries generate additional tons of hazardous materials, poor regulations make the problem aggravated. As we all know that exposure to these POPs leads to reproductive, endocrine, and hormonal disruption, neurological behaviour disorders, and birth defects, it is immensely important that steps should be taken to properly dispose and discard these toxic chemicals so no harm is done to the life and environment. Who will take the initiative? Who shall work without setting their foot back come what may? A Russian scientist Olga Speranskaya shouldered this responsibility. She transformed the NGO community in Eastern Europe, the Caucasus, and Central Asia into a potent force that works to identify and eliminate the toxic chemicals in the environment. 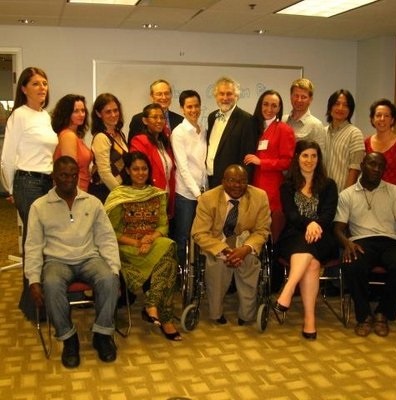 What Did She Do?

Olga formed a civil society network in 11 former Soviet states that include NGO groups, governmental bodies, and academia. Working together with NGOs all over the region, her motto was centred on disposing of toxic chemicals thereby reducing harmful effects to life and the environment. Thousands of people are putting in their efforts under her able mentorship in a way to divert attention towards achieving a pollution-free and a toxic-free environment. Under her leadership, the EECCA NGO campaign stood successful in pressurizing and pushing the national governments to ratify the Stockholm Convention and eliminate the release of persistent organic pollutants into the environment. 9 of 12 countries in this region ratified the Convention and now participate as full Parties at its global meetings.

Olga has become the Director of the Chemical Safety Program at the Eco-Accord Center for Environment and Sustainable Development (Eco-Accord), the organization where she worked since 1997. Speranskaya, who holds a doctorate in physics from the Russian Academy of Sciences, was a scientific researcher at the Institute of Oceanology before joining Eco-Accord. 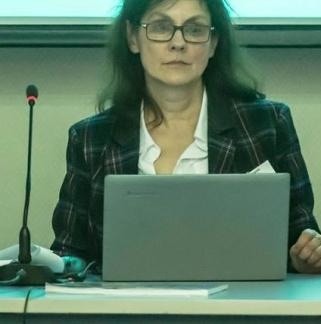 A Transition From Being A Scientific Researcher To An Eco-activist:

In 1992, Olga participated in an essay writing competition on the topic, "What Will the Collapse of Communism Do to the Environment?” and won the Financial Times’s David Thomas Prize for her essay. This winning triggered in her mind a thought to change her career. Thus, starting since 1997, Speranskaya has been working to create awareness of the health dangers of toxic chemicals. Olga connected small NGO groups throughout EECCA to a single network and worked collectively to push the governments to clean up toxic sites. She organised and led campaigns to advocate the ban on the burial and transport of hazardous chemicals, provided inputs to government decision-makers for policy changes and ensured civil society participation. As a result of her efforts, there is now government and NGO cooperation to protect public health.

After joining Eco-Accord, she also took charge of the organization’s news service that keeps public informed about the environment, sustainable development and chemical safety. Today, this news service has over 3,000 business, government, NGO and citizen subscribers. The service has also linked EECCA civil society groups to international networks, where they can exchange information and participate in global activities. Her participation in the International POPs Elimination Network (IPEN) not only connected NGOs in the region with technical and financial resources from the rest of the world but also brought them into a vast coalition that speaks with one voice. In 1999, through the creation of the Stockholm Convention, Speranskaya became involved in the worldwide effort to eliminate POPs.

Her NGO peers nominated her as the Regional Director of the International POPs Elimination Project (IPEP) for the EECCA countries in 2004. Olga helped NGOs take up more than 70 projects on eliminating toxic chemicals in countries like Azerbaijan, Armenia, Belarus, Georgia, Moldova, Kazakhstan, Kyrgyzstan, Russia, Ukraine, and Uzbekistan. These NGOs identified contaminated hotspots and designed proposals for checking these poisonous chemicals. Since 2007, Olga has been striving to develop and execute a complete cleanup plan for this region thus leading the EECCA region towards a chemical-free future.

Olga is currently running a program to ratify and get into action, the Minamata Convention aiming at curbing the Mercury pollution that's caused due to the decommissioned industrial plants. The Jewish Community Foundation and the Goldman Environmental Foundation are supporting this cause.

The Goldman Prize - A Pat On The Shoulder:

For her outstanding work, Olga was honoured with the Goldman Prize in 2009. And in 2010, she was nominated and unanimously elected to a co-chair position with IPEN, a global network working to establish and implement safe chemical policies.

I am sure the Goldman Prize significantly helped me to be elected, as people believed that I proved myself and they saw that I can fully use my potential to reach our aims.

Olga says that winning the Goldman prize made her better at work. 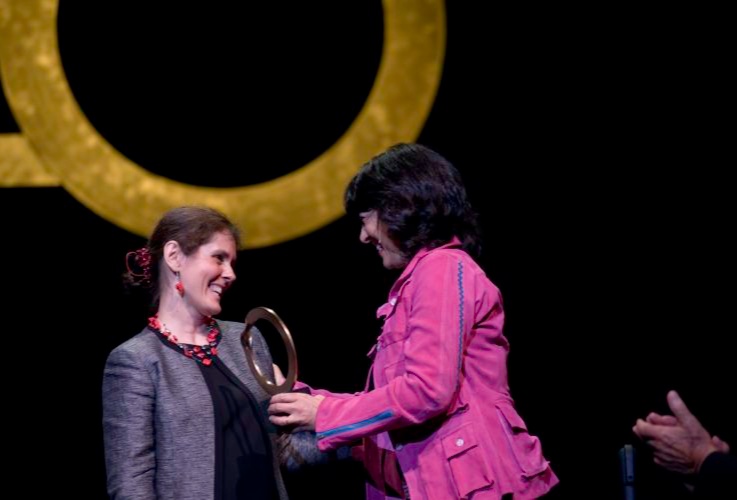 “I started to better understand the role of today’s environmental leaders- who are required to do more than ever before. They need to display skills and competencies built around major environmental challenges. The Goldman Prize helped me become more aware of myself and my strengths. It added a lot to my self-confidence as an environmental advocate".

Olga proved that when something is taken as a mission combining all the forces together to work on the same, governments start coming down to take baby steps to work. Kudos to the single iron lady who never flipped or turned in her journey to achieve a chemical-free future.