A Social Entrepreneur and a reformer sets his mission to empower youth for a better India.

Askani is the Founder of Youth Parliament Program and Swatantrata Centre. Thousands of youngsters join this Liberal Reformer in his mission for a better India.
By: swetha_vangaveti
Published: 2 Years Ago
Last Modified: 2 Years Ago
Read time: 6 min read
Views  4.1k

Reformation doesn't happen just by a mere thought of it. Thought and action should go together while we work for a cause. Patriotism is not singing a National Anthem or talking about nation's development on Independence day. True love for a nation is when we work for its betterment every day. It all starts with one person, one thought and one step. One such person who took that one step towards a better society is Raghavendar Askani. The thought of refining the corrupted society came to him even before he acquired his voter ID!!! Who is this man? What has he done?

A Fight For Students' Fund Worth 100 Crores:

The fee reimbursement and scholarships offered to the financially weaker students by the government did not reach the students. Who are the culprits? Who gulped all the money? The answers to these questions were pulled up by the 17-year-old Raghavendar. The managements of Engineering and Degree colleges took up the students' funds and in turn grabbed fee from them. This massive corruption was brought to light by the young rebel, Askani. After this, the government decided to credit the scholarships and fee reimbursements directly into the students' bank accounts rather than giving them to the colleges. Wah!! A 17-year old's huge victory over flawed system. 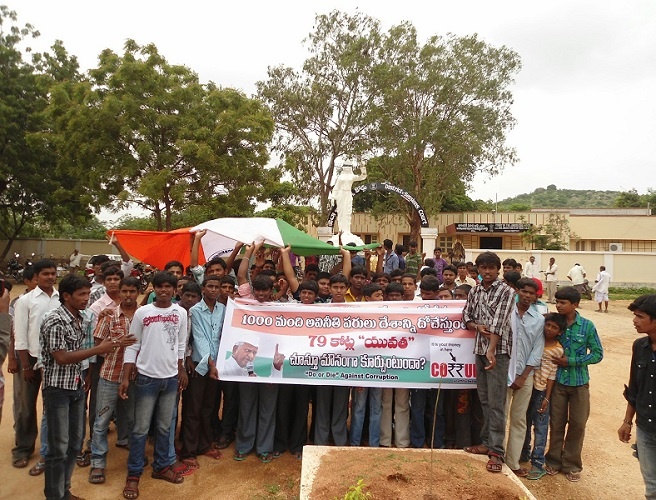 Born in Wanaparthy in a family of farmers, Raghavendar secured a Post Graduation degree in Economics from Osmania University. Extremely passionate about social service, he actively participated in various social activities since his intermediate. He has been a part of student unions, non-profit organisations like youth organisations, research think tanks and a few International networks. A Classical Liberal and an anti-corruption activist, Askani is the Founder and General Secretary of Youth Parliament Program and is the Co-founder and Director for Programs at Swatantrata Center, an Indian based public policy think-tank. He also extended his services as a National Coordinator of Youth for Better India. He is also associated as a Development Consultant with various Indian and International non-profits that work in the fields of policy development, economic growth and entrepreneurship education. He represented India in more than 20 International conferences and workshops in the U.S.A, Germany, Belgium, Poland, Italy, Malaysia, Hong Kong, France etc. He has worked for India's Future Foundation, Youth for Better India and Loksatta/Foundation For Democratic Reforms (FDR). 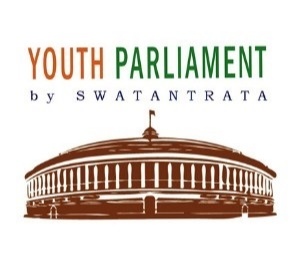 The Contributions Of An Economic Researcher To The Indian Society:

"Instead of passing emotional statements about transformation, why not walk towards transformation ourselves?" One can only be a part of transformation only if one is fully aware of the happenings around. To create such awareness among youth, who, Askani believes to hold the absolute power to transform the nation's current situation, he initiated Youth Parliament Program. On 2nd October,2016, Askani laid foundations for YPP under the able guidance of Jayaprakash Narayan and Venkatesh Geriti. 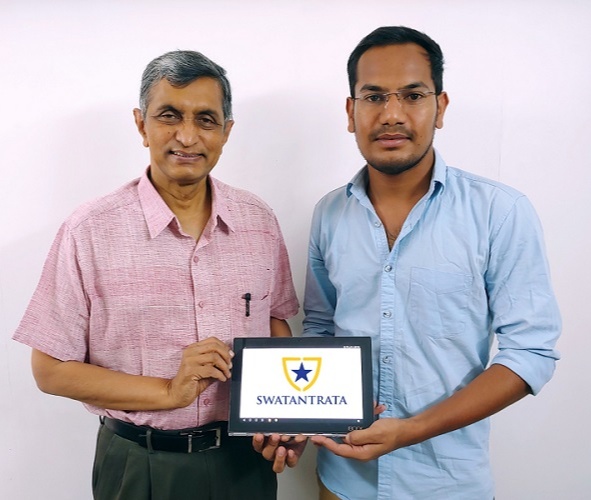 YPP gets youth from across the nation on a single platform where they think, discuss and debate on diverse issues like Education and health, Electoral and Political reforms, Judicial and Police reforms, Local governments and citizen cantered governance, Public policy reforms etc. Socially conscious youth come together and discuss about current problems the country is facing and draw out solutions for the same. They act as legislators in the parliament, introduce new bills, advocate new policies and recommend amendments to the existing ones. Having completed its 9 sessions successfully, this program is attracting many colleges and universities across the states.

Model Youth Parliament Program is one wing of YPP that connects like-minded people who work for a social cause and the government. Model YPP is a fuel that drives leaders for better India.

Leadership Boot Camp is another significant project that falls into one of the branches of YPP. It focusses on Policy development, Sustainable development goals and Technology. With this, the young generation get an understanding of contemporary policies and reforms. 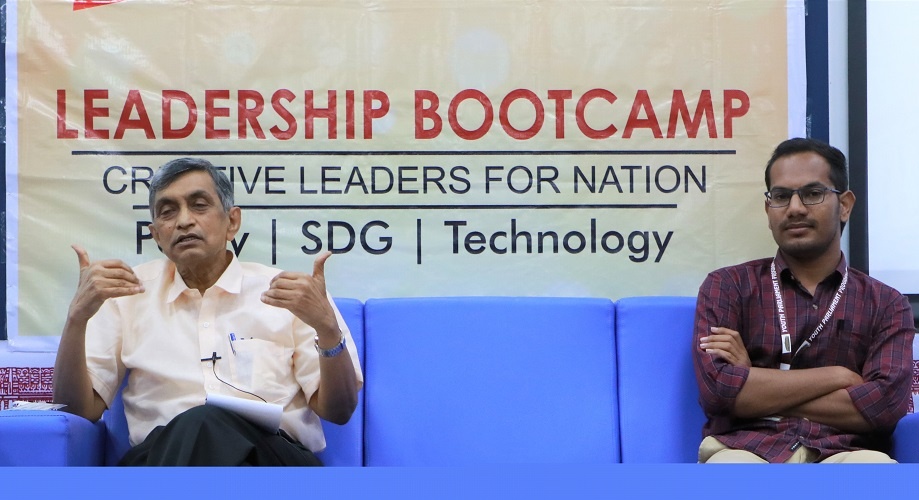 What's The Outcome Of YPP?

Don't think that the activities organised by YPP are just to train the youth and create awareness among them. Their impact is a million times more than that.

To curb corruption and delayed processes in government organisations, the innovative youngsters under YPP under the leadership of  Dr. Jayaprakash Narayan, formulated a bill wherein any government official failing to provide the requested service within the stipulated time frame would pay the penalty for every delayed day to the respective citizen from his own pocket. The Telangana Government, in the process of implementing this bill, has handed over the responsibility of drafting the bill to the Nalsar Law University. The government of A.P has started implementing the Right to Service bill.

YPP student members, the youngsters of India, for the first time are about to submit a bill to the parliament. This first of its kind bill focusses on changes in the education system that has been suggested by over 40k students. Such is the influence of YPP on youth and the outcomes are truly driving the nation towards a positive tomorrow.

Promoting Opportunity For All Individuals:

With an aim to establish individual freedom minimising the state intervention and to inspire, educate and connect the young leaders, a social organisation Swatantrata Center was born out of the inquisitive minds of Venkatesh Geriti and Raghavendar Askani. 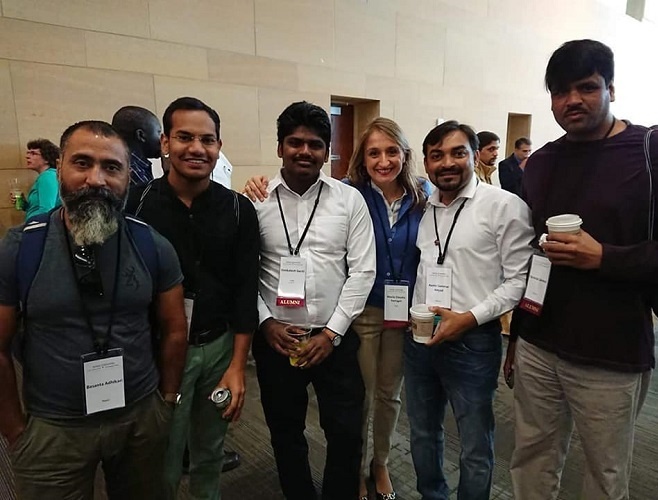 To establish a prosperous society where every individual has a choice and opportunity to lead a dignified life, this people-centric organisation builds the capacity of individuals through digital activism, strives for policy changes through campaigns and advocacy. The organisation strives to create potential in individuals so that they become a valuable asset to the country, grow their own business framing the best policies and tackling with intractable problems in unique ways. Future leaders, entrepreneurs, policy development professionals are sculpted through a wide range of programs like policy meetups that focus on agricultural reforms, decentralisation and liberal democracy. Policy Conclaves and boot camps are organised that openly speak about the crucial needs of a developing country. Swatantrata Yatra is another social impact program that discusses on various themes like Fiscal Responsibility, Free Enterprise and Entrepreneurship, Decentralisation and Local Governance. Its aim is to travel across 13 states throughout India covering 20 major cities reaching out to more than 5000 people. Its mission is to connect people with the Libertarians and leading policymakers and co-learn with future leaders who are passionate about nation building. #SWACON is one such attempt which is the largest virtual liberty conference on Human Flourishing in collaboration with South Asian Students for Liberty. 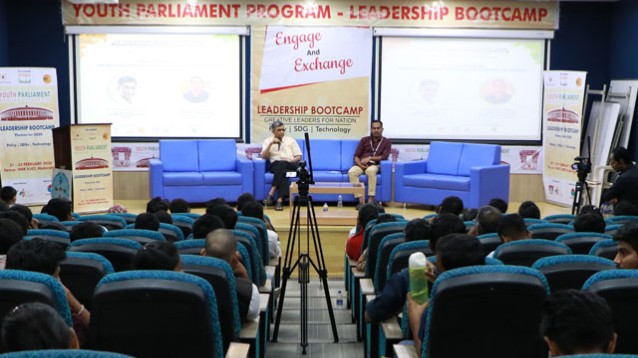 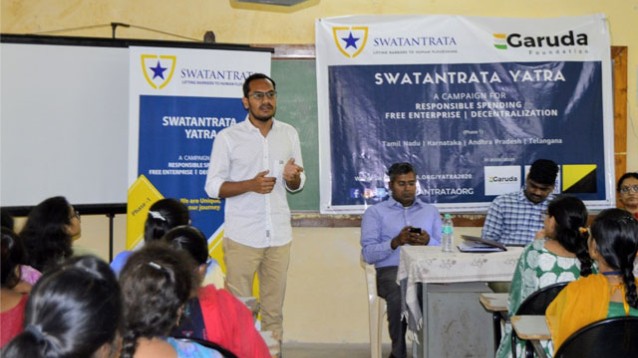 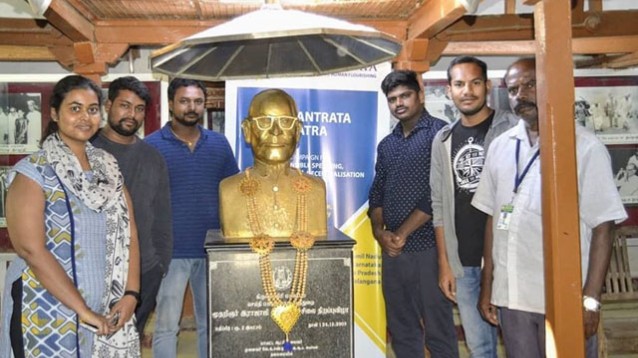 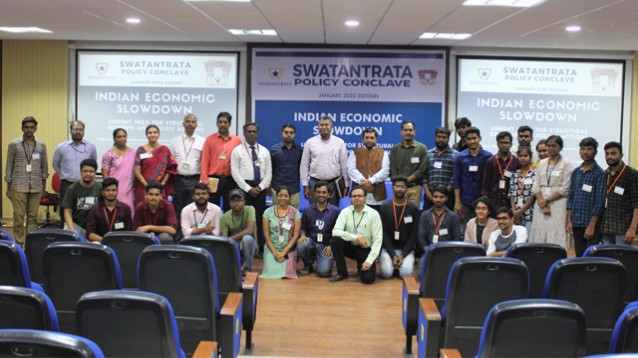 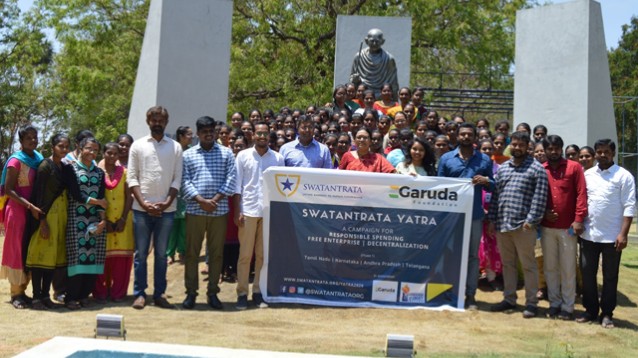 A Man Born For A Cause:

A successful attempt to get the road widening done in Wanaparthy on all its five main stretches, Askani has again made his mark in bringing a new wave. This man of deep vision and zealous mission was awarded "India Star Golden Award 2020" by India Star Book of Records.

Leaders are not born. They are made. And these leaders not just lead, but make more leaders who drive the society towards a brighter tomorrow. Salute to this man of energy, Kudos to this man of distinctive outlook. May he flourish for years and may he help the nation flourish.

Get In Touch with Askani Raghavendar for More Update