Recepient of Padma Shri who worked as a vegetable vendor saved every penny to fulfill her dream of a charitable hospital.

"Sometimes the agony of missing close and loved ones drives  an individual to take the opportunity and improve the society for the better."

It sometimes happens when you hear a story of women standing the additional mile to serve society, leaving their impression in concrete with their iron-clad willpower, nothing left as an impossible task for a woman on this planet in the current era. The physical work was not enough to raise money. Still an exemplary mother and an Indian social worker, Subhasini Mistry, 75 years old,  who used to sell veggies and even worked as a housemaid in Kolkata, established a hospital from her hard-earned money. She proceeded to fabricate a magnanimous clinic called "Humanity Hospital" for the needy. She was honored by India's fourth-most prestigious  “Padma Shree award”, in 2018.

Suhasini Mistry, at the age of 23, lost her husband because of improper healthcare treatment in the public hospital. She was abandoned behind to raise her four kids under her own. She figured out how to take care of them and raise them in a decent society alongside she dreamed of building a medical clinic to serve others. It was the misfortune she had endured in her own life that had propelled her to make the "Humanity Hospital", which is to save a thousand needy lives. Subhasini Mistry stood as the motherhood of humankind.

The dark phase knocked her twice……

Mishap hounded Subhasini Mistry from the snapshot of her introduction to the world. She was born during the Bengal starvation that drove devastated ranchers to starvation and demise around the farmland. Her father, a poor rancher who bought a small piece of land in Kulwa village, at Kolkata. Her mother pleaded for rice from the ashrams, NGOs, government workplaces. Realizing the gravity of the situation, she got married at the younger age of 12 only. The tragedy happened in 1971 after her spouse started screaming of stomach torments and hurried to the local hospital where her spouse died of gastrointestinal issues.

Initially, she was under shock soon after her husband died. She vowed that she would never let any poor experience the same problems she had because of a lack of medical facility.

She stated, "Nobody Should die of improper Medical care."

With her sorrow and worries, Subhashi pledged on an unfortunate morning. She then understood her duty to nurture her children and also to hold her internal heart and spirit alive. Nobody is going to bear her misery. Quick medication could have spared her spouse's life, who just had a gastroenteritis issue. She promised to do whatever it requires to save poor people from this tragedy. She aimed to construct a charitable medical center for needy people.  So she worked hard for consecutive twenty years as a housemaid, unskilled worker, and veggie dealer and thus saved twenty thousand rupees. 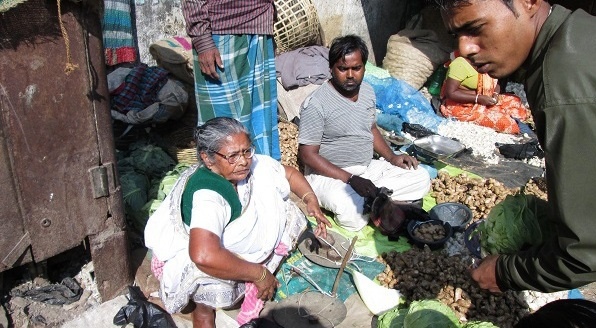 Meantime, she taught her younger son Dr.Ajoy Mistry and persuaded him to be a specialist with the aid of the philanthropists. She got the legal residency of Hanspukur to pool in more money and built up a trust called "Humanity hospital" and purchased about large farmland and set up a clinic in a little cottage.

Fortunate to have a kind-hearted son…..

Dr. Ajoy Mistry, the youngest child of Suhasini Mistry, had become a physician who serves at the Humanity Hospital established by his mother. Dr. Ajoy Mistry was 4 years old when his father left-back.  He shaped his childhood, watching his mother struggle to accomplish her commitment. He devoted his life to fulfilling her wish.

He rang the doorbell of the regional parliamentarian, Malini Bhattachary. Initially, he didn't make any significant progress. The gate stayed securely locked.  But Dr. Ajoy kept going and slowly over time, the gate of hope opened inch by inch, and ultimately he figured out how to meet the MP and clarify his mother's dream to them. He met everybody, from friends to companies, and figured out how to earn Rs. 80,000. At last, he had the option to help Subhasini establish the framework stone of her fantasy medical clinic, named the 'Humanity Hospital,' in 1993.  Finally, the extreme dedication of the mother and sons became successful. 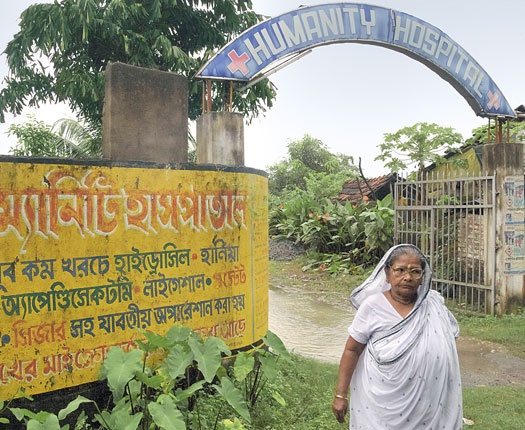 At Hanspukur village of Kolkata, Suhasini had assembled a charity Hospital following 47 years of her spouse's death. The excursion of making the Humanity Hospital was difficult…Initially, through her well-deserved savings, she purchased a single bigha or 33% section of land. After purchasing the plot, she found that working as a cleaner was not enough to raise money to achieve her goal. Then she began working as brick loader building labor. Her continuous hard work has helped her generate income.

“She scrimped and saved”

For a long time of twenty years continuously, She spent neither on herself nor on her youngsters, aside from Ajoy's training. In 1992, she got a plot in her husband's town, Hanspukur, for Rs.10,000. She created a bank account in the mailing station and kept a minimal expenditure at whatever point she could. Moreover, Sometimes two hundred rupees or sometimes even only fifty rupees.

Dr. Raghupathy Chatterjee was the very first physician to react through a call. Five others followed in fast progression – a general surgeon, a pediatrician, an orthopedic, an ophthalmologist, and a homeopath. All of them delivered a service for free, spanning 3 to 4 hours per week. On the very first day, 252 patients dealt. Humanity Hospital, even as a small hospital became popular in a shorter period. Today, this facility is a complete Independent Hospital featuring 25 beds with 12 doctors assigned to save the lives of vulnerable people. 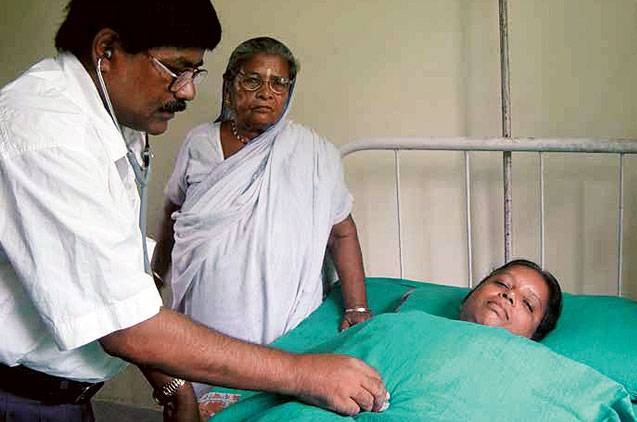 Today, Suhasini Mistry, a founder of humanity hospital at Thakurpukur and a unit in Sunderbans to guarantee nobody denied appropriate treatment. She is one of the five Bengal beneficiaries of the renowned Padma Shri grant which was reported on Republic Day eve.

The goal of a mother of humanity is yet to finish. She claims, “Just when this emergency hospital turns into an undeniable 24-hour clinic, I will be able to die happily." She plans to gather more staff members to fast service to the poor.

The narrative of Subhasini Mistry urges us to accept that we don't need to be uncommon to accomplish something exceptional. If we set out to pursue a dream, we can achieve that even without the financial benefits. We should pay tribute to this motherhood!