Meet the disabilities rights activist who left his passion to lay a better path for the disabled people.

Cross-disability rights activist Javed Abidi contributed so much that it's time for us to create inclusive environment for the disabled - best tribute to offer.
By: swetha_vangaveti
Published: 1 Years Ago
Last Modified: 1 Years Ago
Read time: 4 min read
Views  108

"He was the first disabled activist in the country. And he was a think-tank of disability sector. I am really thankful to him for the hard work he has done for the disabled people and sir strongly believed that the empowerment of person with disability is very important to country’s overall development" - wrote a netizen about Javed Abidi, the pioneer of the cross-disability movement in India.

"Why Policymakers Should Address The Unique Issues Faced By The Disabled In The Global South", "Disability and the Demographic Dividend: Why skilling persons with disabilities is good for India’s GDP?", "Ensuring RPWD 2016 reaches every corner of India. This was Javed Abidi’s mission", "Universal Design: The basis of empowerment of people with disabilities", "A healthcare sector that is disability-challenged", "Digital push must be disability-inclusive, Spare a thought for disabled, pass the bill" - all these are a few of his prominent and distinguished published articles. Looking at the titles, you must have by now understood that Javed Abidi is a person who is totally into working for the cause of the disabled. This founder of Disability Rights Group has had contributed immensely to the welfare of the disabled in the country. Javed Abidi, the global face of disability rights movement has a great story to tell.

The Will-power Of A Specially-abled Child:

Born on 11th July 1965 in Aligarh, Uttar Pradesh, Javed Abidi was diagnosed with spina bifida at a very young age and was not operated on for the first eight years. Because of this, he suffered severe nerve damage. At 10, he fell and injured himself due to which he had to undergo another surgery. Later, he moved to the United States along with his family where he received care at the Boston Children's Hospital and the Rehabilitation Institute of Chicago. At 15, Javed began to use a wheelchair. He studied Journalism and Communication at the Wright State University, Dayton, Ohio. He moved back to India seeking a career in Journalism and went on to the disability wing of the Rajiv Gandhi Foundation in India, after being offered to do so by Sonia Gandhi. To take this job up, he left behind his passion of becoming the political journalist but he knows why he did so. "Quitting journalism would not harm the industry, but refusing the offer would mean turning my back on so many things that I was angry about — not my disability, but the attitude of people to my disability”, he said. 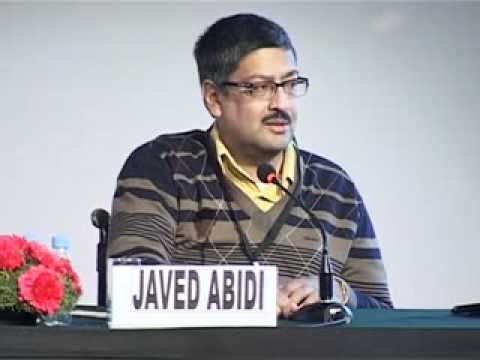 A Life For The Disabled:

In 1993, he built the Disabilities Unit at the Rajiv Gandhi Foundation. India’s first platform for cross-disability advocacy, the Disabled Rights Group (DRG) was started by him in 1993. In 1994, he joined a small advocate group called the Disability Rights Group and began raising awareness for the disabled people of India. A pro-disability rights movement started so as to get the Parliament of India to implement a bill of rights for the disabled, during which time, Javed Abidi led a protest before Parliament on 19th December 1995. This protest forced the Parliament into passing the Persons with Disabilities Act on 22nd December 1995. In 2004, his letter to the Chief Justice of India highlighted the need for the accessibility of polling booths for people with disabilities. The Rajiv Gandhi Foundation created the National Centre for Promotion of Employment for Disabled People in 1995 and Abidi was appointed as its director. He collaborated with business executives from IBM, Apple Inc., Oracle Corporation, Cisco Systems, Microsoft, and Hewlett-Packard to employ disabled individuals in these companies as well as in the high-tech industry. In 2000, Abidi requested the Archaeological Survey of India to introduce wheelchair ramps at various prominent monuments, including the Red Fort, Qutub Minar, Humayun's Tomb, and Jantar Mantar. For the next two years, Abidi focused on accessibility and work opportunities for the disabled. Javed firmly believed that empowerment of the disabled is connected to education, which in turn hinged on accessibility. He was the Convenor of the National Disability Network founded in 1999 and for the National Committee on the Rights of Persons with Disabilities (NCRPD). He played a major role 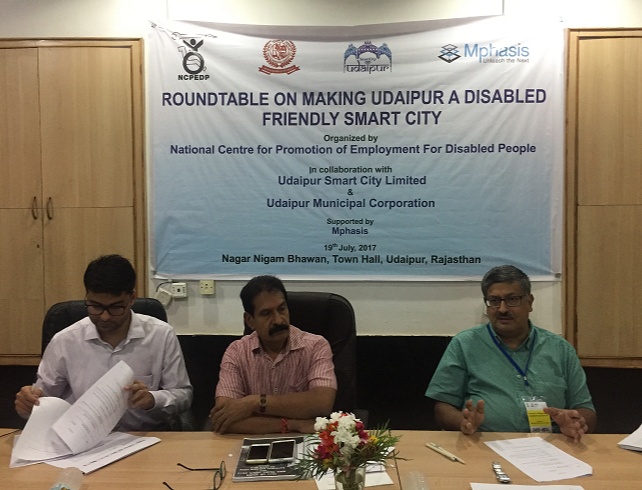 in getting to papers, the Rights of Persons with Disabilities Act 2016 and the inclusion of disability in the Census and the Five Year Plans, also forcing the inclusion of missing disabilities like autism, dyslexia in the new RPwD Act 2016. He drove the movement towards accessible India in terms of public spaces, transport, etc., further making elections accessible and bringing about the government of India policy on website accessibility. In 2016, he led the movement towards India’s new disability rights law – The Rights of Persons with Disabilities (RPWD) Act, 2016. With the election of him as the Global Chair of Disabled Peoples’ International in 2016, it became his second time, the first time being in 2011. This was the position held by a South Asian for the first time in the 37-year history of DPI.

Everything That He Did Is For The Disabled To Live With Their Deserving Rights:

Today, if we see the representation of people with disabilities in every field right from

the Planning Commission to mainstream policy-making, it is due to the efforts of Javed Abidi. This visionary leader was the true architect of the cross-disability rights movement in India. If he reportedly said, "There is work to do and I don't have enough time to build consensus and please everyone. I will not be alive to see the change but I don't want the future generations of people with disabilities to experience an India that does not include them", it is true as, now, he is not here with us, but the movement he initiated is.

Our real tribute to Javed Abidi will be when we make this word an inclusive place for the disabled. We will, let's do it collectively. 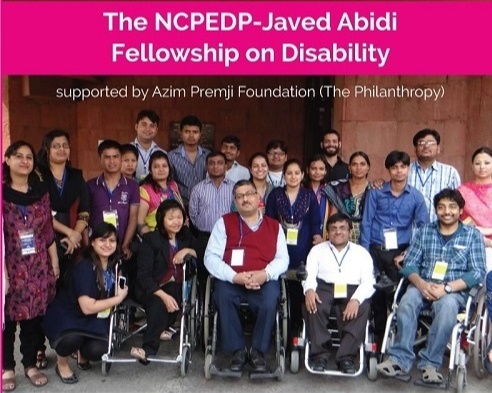