Students adore their 10YO Principal who teaches what he learns in school. Feels absurd.

School boy of West Bengal realised the importance of education for the upliftment of lives. Started to educate children after his school. Read his story.
By: swetha_vangaveti
Published: 7 Months Ago
Last Modified: 7 Months Ago
Read time: 4 min read
Views  37

Do you remember your school Principal? Bold and brave, confident and demanding, smart and warm, and what not! I still remember my principal placing her nose-dropped spectacles back to shield her eyes, watching all our moves and actions. I have seen many principals who are highly qualified and experienced but I have never seen a school Principal who is not even 10 years old. I was shocked to know this information that a boy, not even ten years completely, has taken up the responsibility of a school, pooling up resources for it, and has become the youngest headmaster in the world as per the global media and institutions.

When 9-year-old Babar Ali, a native of a small village in Murshidabad district of West Bengal was enrolled in Beldanga CRGS High School, 10km away from his house, he walked all the way looking at the grazing cattle and playing kids in the neighbourhood. His father who is a jute trader was determined to get the child educated. Babar often noticed children being involved in odd jobs like cattle grazing. He also found many of them roaming aimlessly on the roads, wasting their time playing around the whole day. After looking at those children, Babar thought why not teach them. He decided to teach those kids what he learnt in his school. “It just occurred to me why not teach them what I learn in my class,” he shared his initial thoughts.

Babar Ali, who really wanted to help children make constructive use of their time, decided to gather them and teach. He started after-school teaching sessions for them in his backyard. He turned to the shade of a guava tree for his classroom. Whatever he learnt from his school, he decided to teach them. The children came to Babar and as his classes started, they would listen to him with great interest and attention. Babar would talk about what he learnt in his school to the children and in turn, teach them all that he absorbed. What started with a bunch of children started to grow and eventually came to the count of eight including girls and boys within no time. Children studied under the guava tree concentrating on what Babar wrote on the blackboard made of terracotta tiles. Their reading material was the newspapers. Babar collected broken chalk pieces after the class and one of his teachers wondered as to why he did so. On asking Babar, he told the teacher that he started a school in his home. "From then on I started giving him a box full of chalks,” the teacher had reportedly said. As soon as Babar reached home, he would greet the children who would eagerly wait for him and without wasting any time, he would begin to school them. “I would not even have the time to eat anything. As soon as I reached home, I would change my school uniform and we would begin our school,” says Babar. 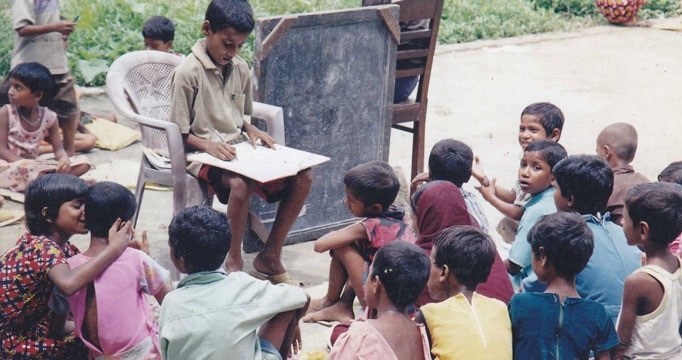 Slowly, Babar realised that he should get books for his students. He would then get books and half-written notebooks from the "raddiwala's" shop. He would dedicate his complete time after school to procure resources for the school. Meanwhile, his father started to feel anxious thinking that he is neglecting his studies and asked Babar to stop schooling children and to concentrate on his studies instead. "My father was very worried, he thought that I was neglecting my studies, and so he asked me to stop this,” says Babar. However, Babar was so determined that his father had to finally come to terms with him allowing him to run the school as long as he didn't neglect his own studies. "I would wake up early in the morning and sit with my books under my father’s supervision. After a quick breakfast, I would go to school, and all day I would wait to get back to my own students. It was like a ‘nesha’ (addiction).", said Babar. Babar also strived hard to maintain consistency in the attendance of his students. 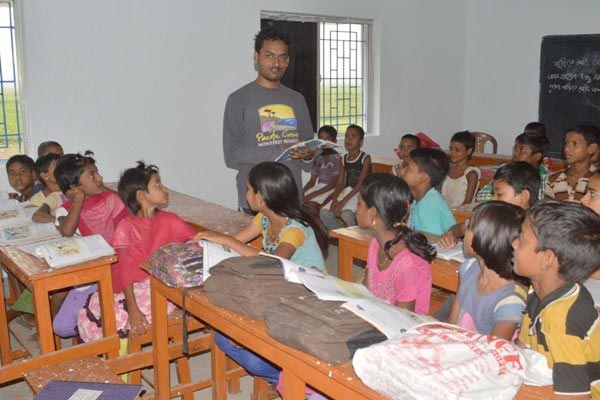 Though he started the school, to keep it running was a challenge that Babar took up courageously. To keep students from dropping out, he would buy sweets and toffees with the little money he received from his father. He also organised the music and dance competitions, conducted events, decorated his make-shift school. In short, whatever he saw in his school, Babar would implement it in the make-shift school. "Essentially, whatever I saw and learned in school I would replicate that here.”, he said. This youngest headmaster has walked a long distance to gather all that his school needed. He didn't even backstep from approaching the people in power to get supplies for his school. That nine-year-old who started classes in his backyard is now taking it to higher levels wherein he took it as his mission to educate every child of the country.

What can a child do? The answer is in the story of Babar Ali who showed that age has nothing to do with vision. When the vision is clear, the plan of action appears. When the plan of action is executed with zero fear, the mission is accomplished. Babar, who didn't bend at any challenge thrown by powerful forces around him, is a great inspiration to many. We wish his purpose to make children realise their right to education is fulfilled and may his drive turn more children towards classrooms. 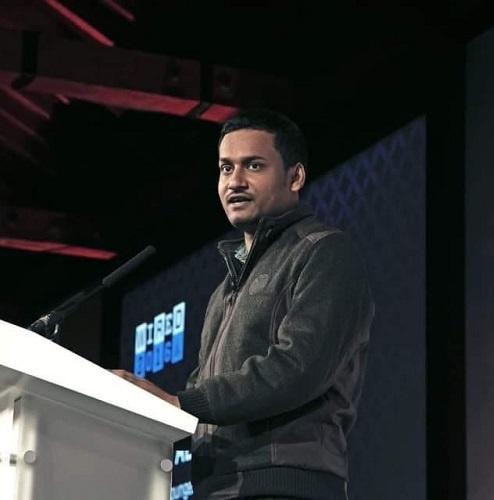