Indian flag was designed by a woman. Here is all that you need to know about the woman behind the Indian Flag and National Emblem.
By: swetha_vangaveti
Published: 1 Years Ago
Last Modified: 1 Years Ago
Read time: 5 min read
Views  3.2k

When someone asks who has designed the Indian flag, we don’t even think for a second before answering “Pingali Venkayyah”. In our books, our teachers have told us the same thing. But when someone digs deep into things, when extensive research is done, actual facts float to the surface. When a historian from Hyderabad dived deep into the matter, he found an interesting point that was buried for reasons unknown, in the deep of Indian history. When it was all about who designed the Indian flag, the answer should no more be Pingali Venkayyah.

Then who exactly was it? Let me tell you that it was a woman, a woman who not only contributed to the flag design but also supervised the sewing of the first flag. Pingali Venkayyah has received credit for designing the Indian flag but he was only the contributor of one of the versions of it. He designed the Swaraj Flag of the Indian National Congress. On the other hand, to everyone’s recent surprise, the name behind every shade of the tricolour is Surayya Tyabji. Let’s take a deep dive into the details.

A Woman Different From The Stereotypes Of The Day:

Surayya Tyabji was born in the year 1919 to Aamir Ali and Leila Hasan Latif in Hyderabad. Her grandmother Lady Amina Hydari was an activist who supported women’s education. Surayya was born into a rather liberal and unconventional family. It is this nature of the family and progressive upbringing of children that made the girls “not-suitable-daughters-in-law” for those times as they were far different from the conventional Muslim families. Ever since childhood, Surayya was interested in art, especially painting. Her art also reflected the uncustomary and progressive ideologies of her upbringing. She was in fact multi-talented who, apart from painting, was adept at sewing, riding and swimming. She also effectively managed the family investments. Surayya married Badhruddin Tyabji who was an Indian Civil Servant and also served as the Vice-Chancellor of the Aligarh Muslim University. He was also the first Indian barrister of the Bombay High Court and the first Muslim President of the Indian National Congress. Surraya, on the other hand, was also a member of various committees under the Constituent Assembly. Surayya Tyabji, as her daughter describes her, is a “pathbreaker”. 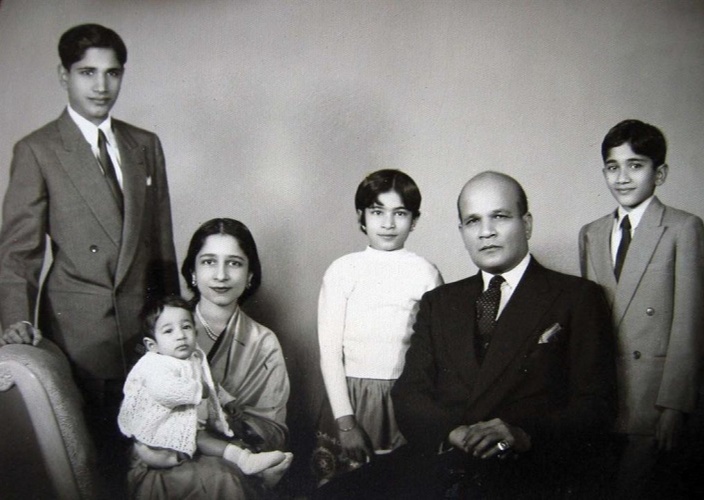 After the 1947 Partition, the new nation was ought to be built from square one. The country with a population of over 300 million needed a National Emblem that symbolizes its authority, courage, unity and constitutional philosophy. To display its constitutional independence from the British colony and to tell the world that she is Republic, an Emblem was of great significance to India. On this note, Pandit Jawaharlal Nehru assigned the responsibility of designing the National Emblem to Badruddin Tyabji, who, in turn, set up a Flag Committee headed by Dr Rajendra Prasad. They sent invitations to various art schools across the country to provide with the designs. However, most of the designs resembled the British Emblem and thus were rejected. It was then that the Tyabji couple entered the scene. Laila Tyabji, their daughter still remembers the contribution of her mother in designing the emblem. Surayya, who was 28 years old then, first drew a graphic version to which some impressions were made by the printing press at the Viceregal Lodge, which is now the Rashtrapati Niwas. The design of four lions and Ashoka Chakra thus was loved by everyone and became the National Emblem. “My father and she never felt they had “designed” the national emblem – just reminded India of something that had always been part of its identity.”, says Laila. 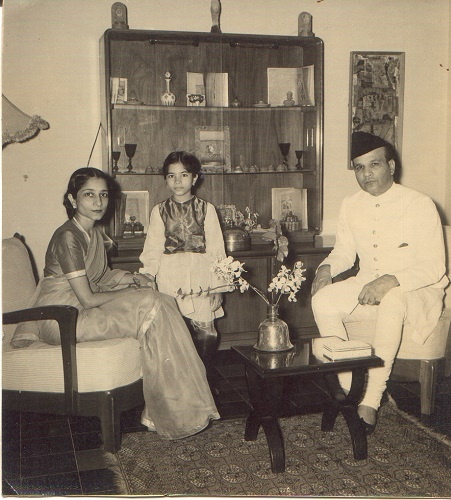 The Rise Of Indian Tricolour:

In view of accepting Pingali Venkayyah’s Swaraj Flag as the Indian Flag, opposition poured in as it would represent a party flag rather than the entire nation. So, Tyabjis came into the scene again. The couple replaced the Gandhiji’s Charkha with Ashoka Chakra. While Surayya painted a black Ashoka Chakra on the tricolour, Gandhiji objected to it and it was later changed to navy blue. Surayya also supervised the stitching of the first flag. They presented it to Jawaharlal Nehru on whose car the flag first flew and was unanimously accepted on 22nd July 1947. It was Surayya who receives credit for the fabric chosen for the flag along with suggesting and picking up the right shades for the tricolour.  “I don’t think she and my father ever publicly claimed creative ownership – the design of the flag was a development of the Congress party tricolour created by Pingali Venkayya, and the emblem was inspired by the lions on the Ashoka pillar, a period of Indian aesthetic and history they adored. The chakra they used to replace the spinning wheel on the Congress flag came from the same source. The only time I remember Amma referring to it was when she cringed at the distorted colours of Indian flags up and down the country and recalled how carefully, in those pre-Pantone shade-card days, she had specified both the fabric and exact shades.” mentions Laila Tyabji.

“She was the kind of Muslim woman people don’t talk about because she didn’t fit either the docile voiceless burkha-clad stereotype or the fiery activist one.” when Laila says this about her mother, it is perfectly true. But how sad it is that the actual people who should be brought to the forefront, who should be receiving the credits for their “own” work are left to be unheard. Thanks to the research of the Hyderabadi historian Capt. L. Panduranga Reddy – the world came to know of Surayya. 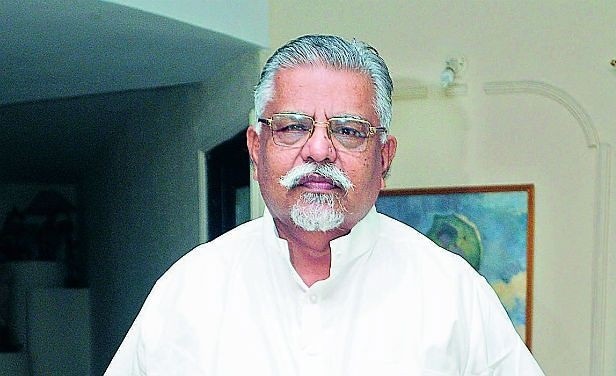 The research of the Flag Foundation of India also came out with the same result – Surayya Tyabji, the designer of the national flag. Also, the studies made on the debates of the Constituent Assembly of India also show the documents with names of members of the flag presentation committee – clearly mentioning Surayya Tyabji’s name.

Let’s this buried fact reach far and wide across the nation and may everyone know the real face behind the flying tricolour. 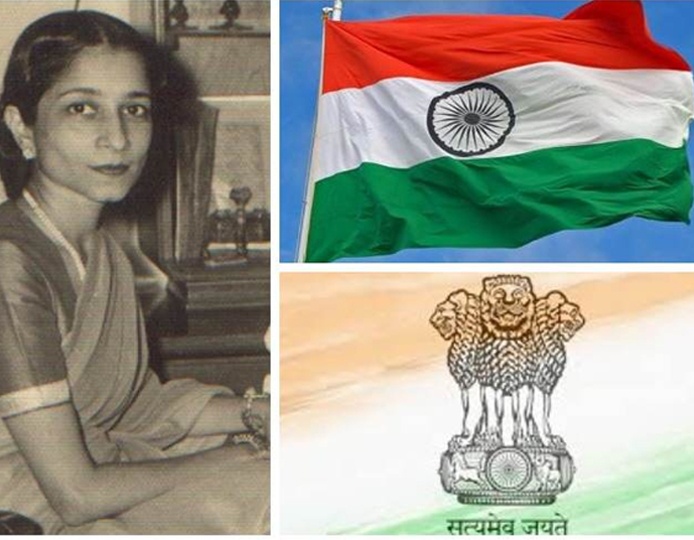