How a small-town engineer became a champion of human rights

Did you know that India's human rights indices in certain parameters are worse than some sub-Saharan African countries? Given the size, population and diversity of India, it's very difficult to determine the exact extent of human rights violations in the country. According to the data put out by the National Human Rights Commission — tens of thousands of cases are reported annually.

These are alarming statistics that need to be addressed more effectively. The only way this can be achieved is when strong and passionate individuals from every walk of life raise their voices and volunteer their services. This article hopes to chronicle the life of one such individual who gave up the lure of a big-fat paycheque and a promising corporate career to dedicate her life to the cause of human rights.

A darling daughter of a large doting family

Margaret Sampath was born in a small town called Chikkaballapur, nestled close to the foot of Nandi Hills in Karnataka. She was the ninth born child in a family of 10 siblings. She was brought up in a strict disciplinarian family, but being the last daughter of a large family also had its own set of perks — she enjoyed the unadulterated love and affection of both her parents and siblings. The love that her family showered on her imbibed in her the ability to express unconditional love and empathy to others. Her parents, through their conduct and behaviour, entrenched in her values that quickly became the very core of her being and has held her in good stead throughout her life. 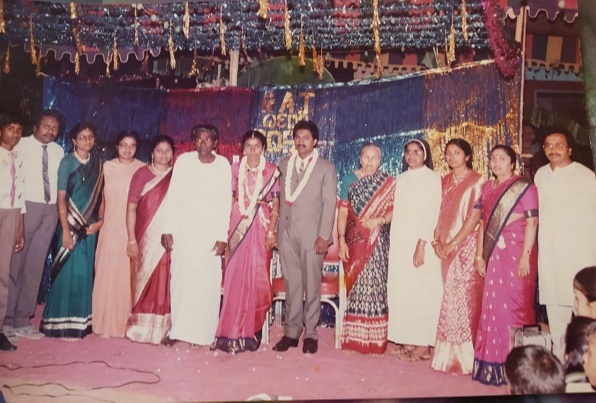 Margaret's childhood dream was to become a nun because she was very passionate about charity and service. But societal pressure resulted in her succumbing to the tried and tested path of an engineering degree. Following her graduation, she moved to Bangalore and secured a job. The job and relocation were quickly followed by marriage and motherhood.

By societal standards, she was a well-settled engineer following the traditional path, but Margaret still felt a deep insatiable void in the inner recesses of her being. It wouldn't take her long to realize why she felt that void and in that process, she will discover that her life's purpose will be anything but traditional.

A tragic accident that turned her life topsy-turvy

Just when she was getting accustomed to juggling her professional, marital and maternal roles with aplomb, life struck a debilitating blow that knocked the wind out of her sails. Margaret's husband met with a horrific accident that not only put him in a temporary coma, it also left him permanently disabled.

The quintessential small-town girl with big dreams was now facing the biggest obstacle of her life. For the next five years, she not only had to tend to her bed-ridden husband, but she also had to take care of her little daughter. Since she was her husband's primary caregiver, she was forced to quit her job to take care of him full-time. The experience of taking care of a disabled person, especially their biological functions, humbled her in ways that she could never imagine and ingrained in her a deep sense of empathy for all human sufferings.

Much later in life, she would realize that this period was God's way of priming her to take-up the much bigger cudgels of human rights in the future.

As the medical and utility bills started piling up, Margaret was staring at an acute financial crunch. She was forced to find a job to support her family. Initially, she found a decent job that helped set her finances in order, but her heart was not into that job. The void, that chasm, in her core still gnawed at her soul.

At this critical juncture in her life, divine providence finally came into play when she was offered a job at South India Cell for Human Rights Education and Monitoring – SICHREM. She lapped up the offer in an instant and started working as a Fact-Finding officer. The gut-wrenching cases of human rights violations, she encountered as a Fact-Finding officer, stirred in her feelings that she had never experienced nor identified before. But as she started filing reports on the perpetrators, she was absolutely certain about one new feeling that had popped up in her heart — she now realized that she had found her life's calling. Any lingering doubts that her seniors had about an engineer taking a human rights job seriously were quickly dissipated when they witnessed her work-ethic first-hand. 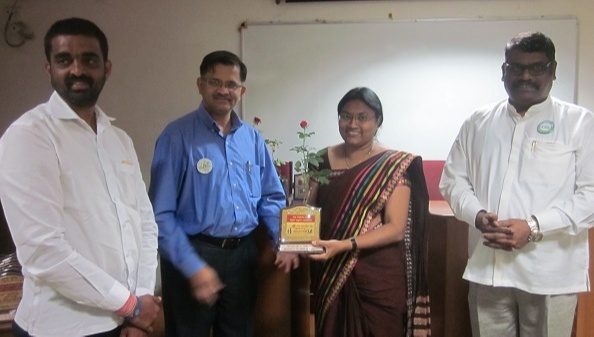 She was soon entrusted with the responsibility of being the State Coordinator of Human Rights Education (HRE) and later became the National Coordinator of HRE. She was taking on new responsibilities like a duck takes to water. She meticulously worked her way up to become the Deputy Director of HRE. Margaret had found her calling, and her passion for the job was taking her to the zenith — she's currently the Executive Director-elect of SICHREM. Margaret's work has prompted various entities, including Amnesty International, to recognize her contribution towards human rights.

Tryst with her life's purpose finally comes to fruition

Margaret's primary role in SICHREM was to promote human rights education which helped to empower the disempowered groups of Dalits, tribals, women, children, and minorities. To achieve this goal, she's conducted hundreds of training programs in schools, colleges, and villages across 15 states. She's also sensitized teachers, lecturers, NGO activists, police officers, and government employees on the need to protect human rights through her training interventions. 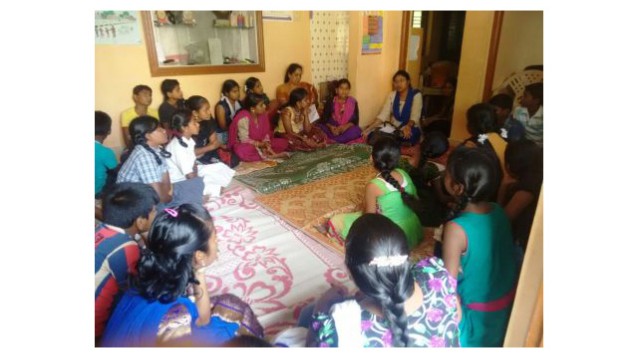 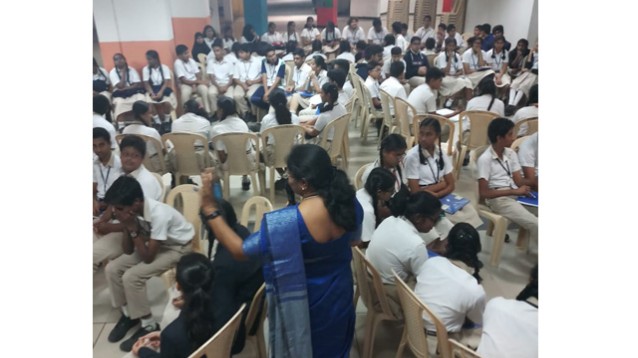 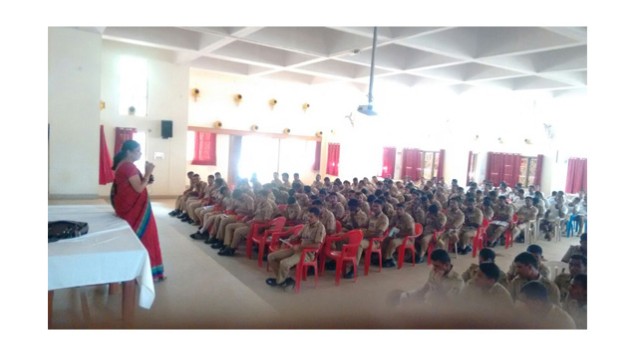 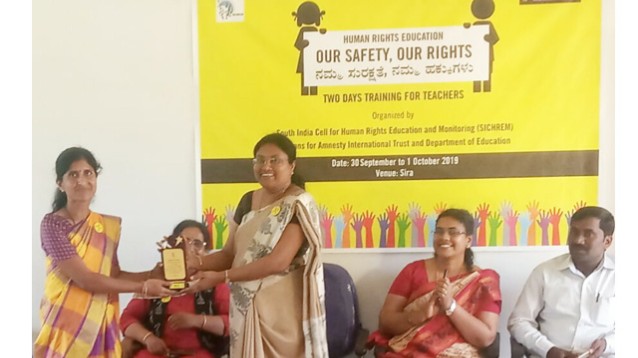 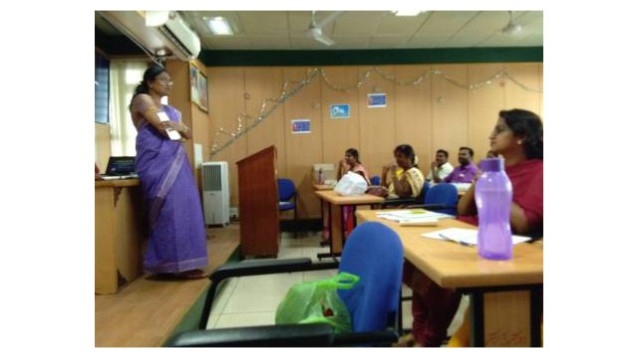 But the true satisfaction of following your life's purpose is only achieved when you see real tangible results of your efforts on the field. Margaret fondly recalls few such instances, among many, that gave her the belief to soldier on: In the first instance, a week after she conducted a children's rights training session in a school, she received a call from the school authorities about a student in trouble. The student was insisting on talking only to her. Margaret immediately went to the school to counsel the child. After counseling, she realized that the student was being sexually molested by her mother's live-in partner. On the child's request, she was rescued and placed in a children's home. The girl later went on to become a teacher when she grew up. In another instance, a month after Margaret's training session, students of a school, empowered by their newfound child rights knowledge, successfully stopped the child-marriage of their classmate. The girl is now back in school. Another heartwarming instance happened in a school located in a village that still practiced the caste system. After Margaret's human rights training session, students of different castes started sitting together during lunch and even shared food with Dalit students which was not the case earlier. In yet another case, a rescued child bonded-labourer has grown up to be a well-educated man who has traveled to multiple countries — he still keeps in touch with Margaret. Cases like these are the very lifeblood of Margaret's work in human rights. The magic of finding your life's calling is when work doesn't seem like a drudgery — instead, it feels like a mission that gives you great satisfaction and peace of mind.

What keeps her going?

Even as we were in the process of interviewing Margaret for this article, she received a call from a victim of domestic abuse. Margaret immediately swung into action and alerted the relevant authorities. It's been 18 years since Margaret embarked on this journey. Ever since she was a child, she couldn't bear to see anyone cry. But over the course of her career, she's come across countless heart-rendering stories that have left her drained and gutted.

So what keeps her still going? I ask.

“I have based my life on one profound quote 'love one another as you love yourself' — this keeps me going,” she signs off.