Pune based young man is striving to create mental health awareness in a unique way.

Pune based young man holds unique placard and stands on the busiest road in the evening. Asks people to tell their stories and pays them Rs.10.
By: swetha_vangaveti
Published: 11 Months Ago
Last Modified: 11 Months Ago
Read time: 6 min read
Views  100

Mental health is a serious concern and needs sensible addressing. Mental illnesses can't be seen or perceived. They can't be understood or resolved unless one knows that there is something like mental health that exists. We often worry and feel sorry for people suffering from physical ailments but become judgmental when it comes to mental illnesses. Sadly and painfully, people suffering from mental disturbances don't even open up and speak out owing to the fear of being judged. Being bold is a man's quality, being patient to mishappenings is a woman's duty, children's voices are never cared or heard of, oldies are just confined to a room in a big house. Digital growing world, shrinking boundaries, toxic relationships and vulnerable lives, no one to hear, no one to empathize and no one to ease the pain - the result is severe mental disturbance, stress, anxiety, panic, depression and suicide. Half of the concerns in this world get resolved if there's someone to listen. Problems and struggles often don't need solutions. People don't look for someone to solve all their problems. They look for someone who can listen to them and understand what they are going through. That's enough. If people are allowed to ventilate their agony and stories, that does it all. A young boy who suffered painful stage in his life where he was afraid to share things with his parents or friends fearing being judged but later came out of it luckily with the help of his understanding parents is now helping others who are going through the same. Raj Dagwar from Pune is trying his best to address the mental health concerns in India in a unique way. Let's know more about his work.

Tell Your Story, Take Your Money:

Fergusson College (FC) Road in Pune is always a busy street with people from all over the city coming in for shopping or for hanging out. Majority of the people are youngsters but the street sees people of all age groups. Raj Dagwar who came from Dubai to Pune enters the Fergusson College (FC) Road every evening after 6 pm holding a placard that reads, '‘Tell me your story and I’ll give you Rs.10." People who pass by often throw a puzzled look at him unable to comprehend what he is trying to do. 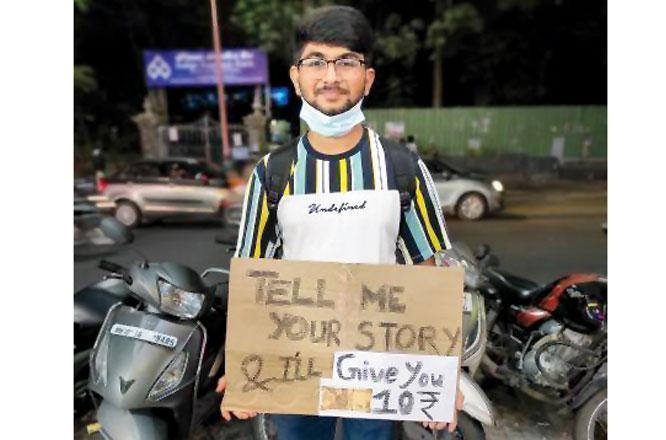 Raj also faced questions as in why the placard is written in English and not in Hindi or Marathi. But Raj hasn’t let any criticism put off his spirit. “Some people don’t stop, don’t talk. They just look away. But the ones who stop are the ones who need me. They see the banner and say, ‘I just want to talk my heart out to you.’ They will talk until they are done. So, the ones who need me are actually approaching me and that’s what matters,” he says. He asks people to come to him, talk and share their stories and in return, he gives them Rs.10. But why does he want to listen to people's stories and in turn pay them?

A few years ago, Raj tasted what was called the toughest phase of life. He thought that he wouldn't be able to recover from his agony. He couldn't approach his parents with a fear that they shall not be able to understand him and feared that his friends would taunt him. In such a terrible situation, he eventually realized that his parents are so understanding and spoke about what all he is going through with them. Fortunately, his parents helped him come out of his darkest days. He then thought that not everyone can be so lucky enough to find someone to talk to as even not every parent is so understanding and sensible. So he decided to do something to help those who have no one to share their pain. He knows what he wanted to do but was unsure of the approach he needs to take. During this brainstorming, he happened to see a post on Instagram where a young man held a placard that read, ‘Talk to me and I’ll give you $1.’ The idea of just talking to people and being there for them, letting them know that they are not alone was something wonderful according to him. The next day, he stood in the FC road with a placard in his hand.

The response to Raj's unique placard trick has been immense. Close to 50 people come to him in a day and share their stories. “The other day, I was walking home around 11:30 pm after a long tiring day. I was extremely tired and my hands, legs and back were aching. But since I was also carrying the placard in my hand, a young man approached me asking if he could talk to me. Though I had no energy left, we talked for more than an hour. The feeling of helping someone washed away the pain and aching. Later when I reached home, I was awake until 4 am responding to messages on Instagram from people who really needed help,” he says. The physical pain and stress that sometimes this task gives Raj is nothing before the happiness he receives after wiping out the mental stress of others. After talking to Raj people thank him heartfully and most of them don't even accept money. All they want is someone to listen to them without judging and that is exactly what Raj does. But Raj comes with his idea behind offering Rs.10 saying, “There are many people who need help, but we don’t have the time or resources to seek them and help them out. So, I’ll give you Rs 10 and I’ll ask you to help others. When I listen to you, I give my time to you. You give your time to others by giving Rs 10 to others and asking them to do the same. This way the chain goes on and we can help each other.”. Raj also learns a great deal himself by listening to people's stories when they talk about how they have come out of toxic relationships, how they have overcome bad habits etc. Whatever Raj does on the busy FC road is touching people and they are extremely happy that they have got someone to listen to them and ease their shoulders. 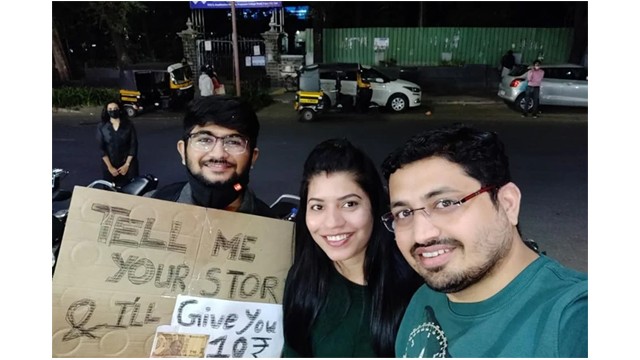 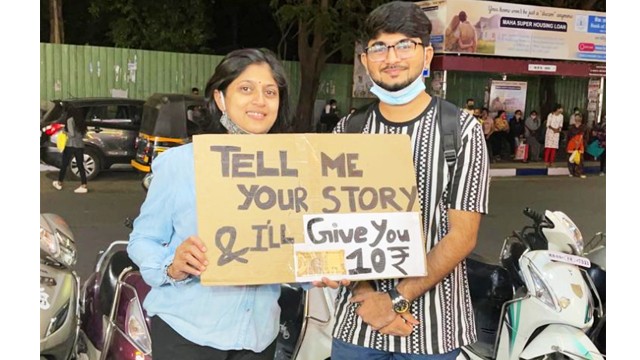 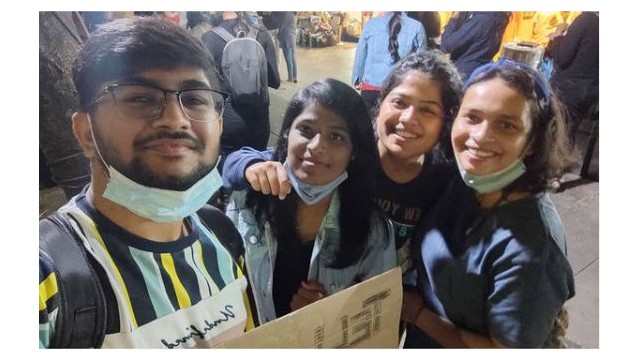 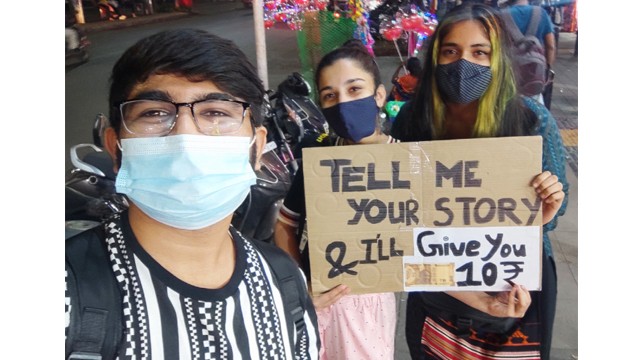 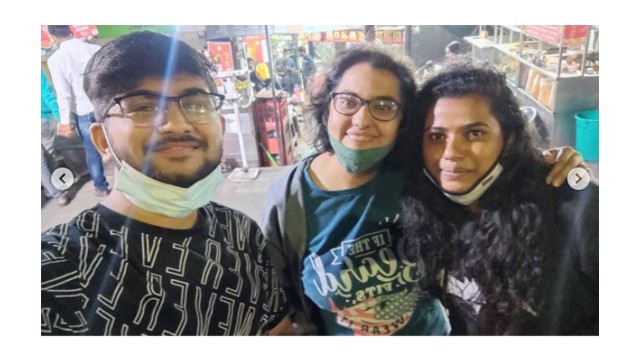 In a country like India where the minimum cost of a therapy session in Pune is Rs 700 an hour that's not affordable by everyone, or for students who can’t explain to their parents why they must visit a therapist, these prices are too high. People here also opine that visiting a therapist makes one weak. One is expected to be strong without creating much of the so-called 'drama'.

The issue of mental health needs to be destigmatised if we don’t want people to suffer in silence and then take any wrong steps, he says.

If everyone takes the time to listen and help each other thus empowering each other, then, Raj says, there won’t be any need for people like him to stand on a street holding such a placard.

Hats off to the young man who is thinking about this society that's immersed in chaos. Kudos to him for striving hard to establish mental health in society.