In Haryana, Nirvana country in Sector 50 portrays the beauty of gurugram with its 108-acre tract of land, scenic, and the lush green local area containing 1100 lavish bungalows with private gardens. However, during the pandemic, almost every inch of land surrounding the local area was littered with plastic bags and hills of trash left to burn at odd hours. Families started going with their older and younger children since the pollution levels had risen to deplorable levels. The gurugram residents might not have imagined that they would have to leave the community for ecological reasons. Eventually, the worst scenario encourages the community to educate their residents via the local Google group. It served as a tool that conveys the importance of reducing garbage in the community, separating waste, and creating fertile ground. Many occupants started dealing with dry waste intelligently and compositing at home. However, the real challenge was to boost these efforts by working together within a local area.

From NCR Waste Matters, Monica Khanna Gulati saw how Delhi residents were burning household waste, such as leaves, in open fields when homeowners and conservationists were calling for waste disposal segregation schemes to reduce pollution in Gurugram. In addition to guiding waste stewardship, she also leads the NCR Waste Matters initiative - a way to build, plan and identify waste champions and bring together best practices and experience to vendors and citizens. As a Graphic Design and Corporate Communications Specialist, Monika has been involved for 24 years. Currently, she is a Creative Entrepreneur, Management Consultant, Educator with a focus on Social Change.

Choosing an appropriate decomposition system for organic trash was the first task. Using the restricted room and funds was authorized by the Residents Welfare Association Elected Committee.  Almost a truckload of organic waste is generated every day from their sprawling parks and gardens. When the Residents Welfare Association (RWA) decided to lift their assets to clean up waste administration at the local levels, they thought of a steady proposition. RWA provided a straightforward brief. The Nirvana locals came up with a waste management plan that would be easy to implement, economically viable, and eventually feasible. Furthermore, for some surprising reasons, they needed a migration-friendly framework that can easily switch.

Monika and her team opted for combining soil in-vessel treatment and metal wireframed composters after extensive research. Before adding the waste to the composters, food crushed, and the destroyed green waste was. As the fertilizing soil framework evolved, added five 2000-litre composters, a cultivation shredder with 2.5 horsepower, ten metallic containers, and an abrasion machine. At first, RWA in Gurugram denied lending support to waste champions in their network. Still, later on, a new group has fully financed all containers and packs associated with the project. 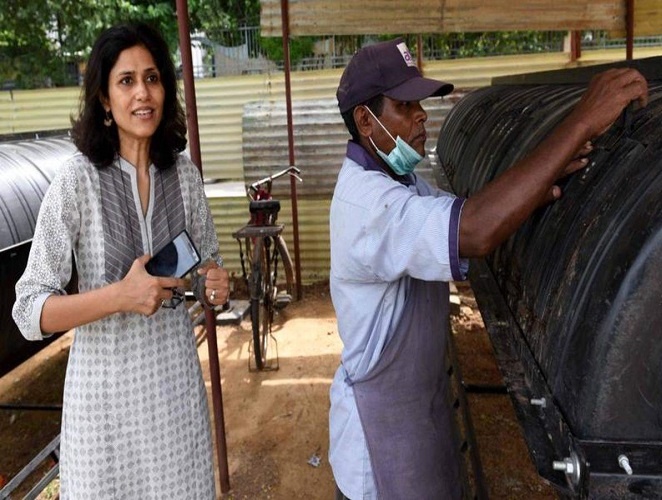 Waste segregation in the spotlight…

One month of pilot testing of an enormous local area comprising 900 homes led Monika to comprehend the challenges of waste collection, customer contact, and drop-off locations. She understands that it would take waste pickers a long time to come to each home and pick up diverse influxes of isolated waste, regardless of how long it would take. In the first few weeks, the waste pickers took a few extra seconds to pile the solitary waste in front of each residence, but they improved their efficiency and speed along the way. Though the truck design was not perfect for transporting the isolated waste, the waste pickers met the challenge and did minor "tweaks" to their trucks so that they could transport the waste without it blending. Transportation of domestic waste and dry recyclables, additional sacks have been added to current trucks. Trashes would pile up at the back of the truck.

Nursery waste kept in the large green containers outside each home would be taken away by a vehicle that circles the province, repeatedly collecting cultivation waste from parks and roads.  Monika believed residents could distinguish between wet and dry waste. Still, she wanted to introduce individuals to the third type of trash that refuses to preserve the integrity of the trash handler by preventing them from searching through diapers and medical waste they were searching for recyclable materials.

Monika's strategic plan to execute introduces a three-point isolation strategy based on two bags and two bins. There were two little bins for kitchen waste (green) and reject waste (red), one larger green receptacle for nursery waste, and one reusable bag for recyclables from the homes. Every occupant received one of these containers. 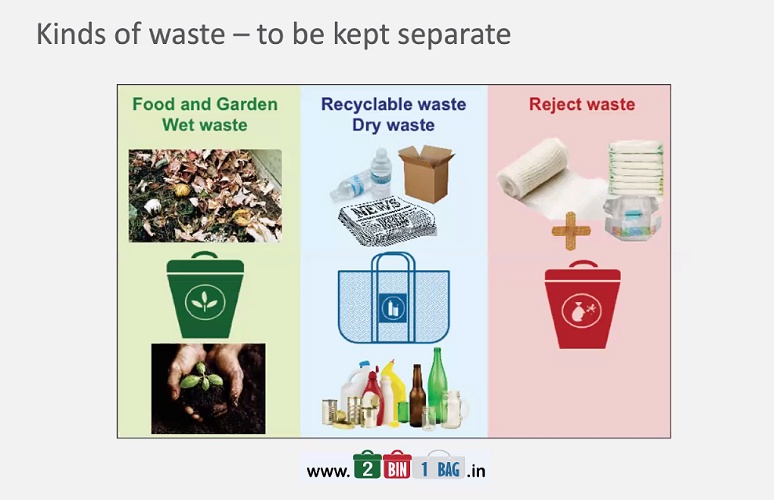 To sharpen the agriculture and housekeeping staff on waste isolation and waste in the city, brief classes are set up for them. Segregation pamphlets are posted at the entrances to each security cabin and on the pick-up trucks to remind homeowners and housekeepers. Additionally, a homegrown support team was also set up on Independence Day to ensure full support. There is presently a small group of volunteer residents who are going house to house to teach residents, particularly those who have defaulted, to understand why they have been unable to come prepared. Meanwhile, email alerts were shared, thanking the residents who gave in to isolated waste.

Nirvana, which presently offers about 900 inhabited bungalows, has effectively built over five tons of manure and diverted approximately 50,000 kg of biowaste from the trash. The manure gets utilized in Nirvana's 16 expansive parklands.

The journey not over yet!

Monika added, "Although we succeeded separate our trash into natural, reusable, and refuse categories, the obstacles lay with the reusable and rejected trash locations." A few organizations are only willing to handle pick-up for individual buildings; they aren't willing to work on a societal level to collect dried reusable trash." More waste investors are needed to link the collection of recyclables to the industries that make use of them in the region. Though the lesson learned is that regardless of which system is used or how many resources are spent, no wastewater or soil treatment system can work effectively without resident support and regular monitoring.

Today Monika's enthusiasm motivates us all to work together on national issues. Along with sharing tips on imitating green practices, her strong assurance ensures energy and enthusiasm are never overlooked. 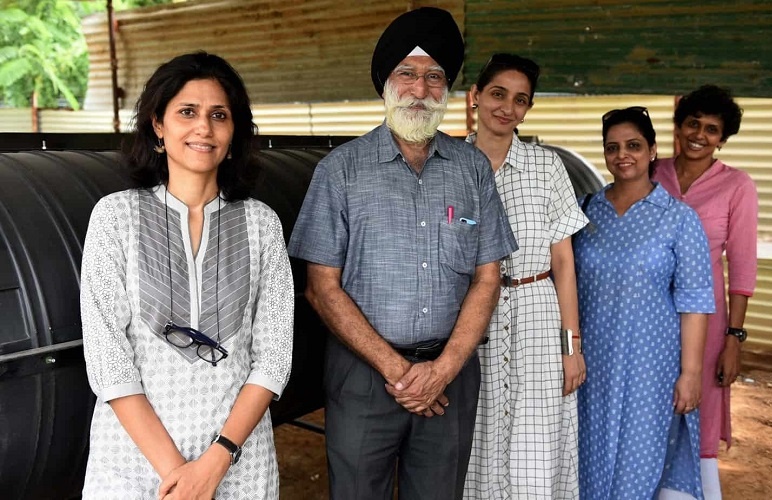