What drove this American grandpa at 75 into scaling mountains. Sounds crazy and risky.

Mountain climbing is not just wearing shoes and setting on to the high rocks. There's a lot that needs to be reckoned with. This year, when mountaineers wanted to scale the mountain peaks, along with weather, they also had to take into account, the ravages of COVID-19. Only a few days of good weather left on the mountain this year with hundreds of climbers lined up to summit increasing the wait time due to the traffic jam was the scene at the highest trail of the world. Also, the outburst of coronavirus among the climbers and their guides at the Everest base camp created panic. While at least three teams canceled their expeditions, others have stepped forward to scale the highest peak. One such bold individual is the Chicago-based retired lawyer, Arthur Muir. He scaled the world's highest peak becoming the oldest person to achieve the feat.

Age Is A Secret For The Mountaineering Adventure:

Arthur Muir hails from Chicago, USA, and is a retired lawyer. He is a father of three and has six grandchildren. He started mountaineering at the age of 68 and made trips to South America and Alaska. His first attempt to scale Mt. Everest happened in 2019 but he couldn't manage owing to an injury. This year, at 75, this retired attorney accomplished his mission. The good news of the birth of a boy in his family also came as a bonus gift along with the happiness of his triumph at the expedition. 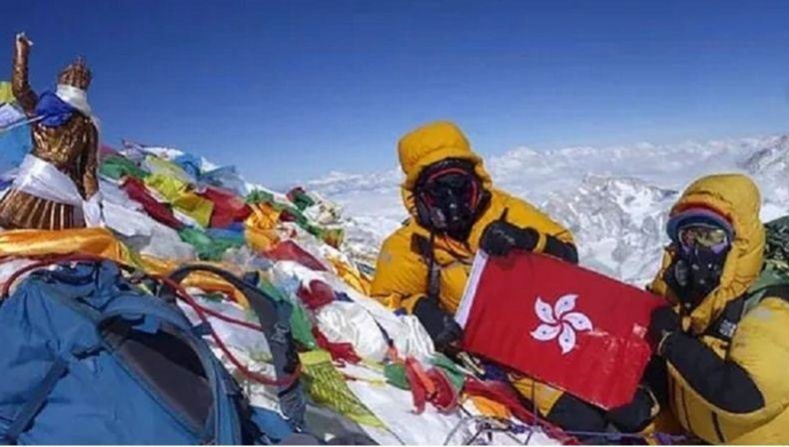 Arthur Muir aged 75 didn't step back even when the climbing teams struggled due to bad weather and panic caused by the coronavirus pandemic. When Muir scaled the world's highest peak, he set a record as the oldest man in America to conquer Mount Everest. With this feat, he beat the record set at the age of 67 by Bill Burke, another American climber. When asked about how he felt scaling the mountain, Arthur admitted that he felt a little anxious. "You realize how big a mountain it is, how dangerous it is, how many things that could go wrong. Yeah, it makes you nervous, it makes you know some anxiety there and maybe a little bit of scared. I was just surprised when I actually got to there (the summit) but I was too tired to stand up, and in my summit pictures I am sitting down,” he mentioned.

The Epitome Of "Don't Give-up" Attitude:

In the year 2019, when Arthur Muir first attempted to scale the peak, he fell off the ladder and suffered an ankle injury. But this did not water his spirits and he came back to accomplish his goal in May 2021 after Nepal had opened the mountain climbing post the pandemic lockdown. He, who began mountaineering at 68, finally became the oldest American to conquer the world's highest peak. Though he was scared and felt anxious during the climax, he did it finally.
What more do we need today for moving ourselves towards achieving something great in our lives rather than this old man pushing us forward? Thanks to this 75-year-young man who showed us the perfect way to live accomplished lives.