Athletes need support and will many more come forward like this businessman?

After he strived hard to become the top businessman, he started supporting young talent and is sponsoring athletes. Says it's the responsibility of businessmen.
By: swetha_vangaveti
Published: 8 Months Ago
Last Modified: 8 Months Ago
Read time: 5 min read
Views  3

Taking over the family business by following the father's footsteps is not a big deal. Of course, that's not easy though. Following what elders in the family did, learning from them, and implementing the same to take the family venture forward also needs a great deal of commitment and dedication. But when a person goes beyond just taking over and continuing the family business, then he is surely trying to do something on his own. Also, when he adds a social cause to what he is doing, he will not just remain as an entrepreneur but becomes a social entrepreneur. Syed Ali Asgar Razvi from Jammu and Kashmir has exactly done the same. He took over his family's business and started running it over a decade ago. Today, he stands top in the list of young entrepreneurs from Jammu & Kashmir. Not just making profits out of his business, Razvi also made it a point that he gives back to the community and works for people's betterment - he chose his own way to accomplish that. Thus, he became the most well-known name in the entrepreneurial world of Jammu and Kashmir.

The Emperor Of Enterprise:

Hailing from Magan in Jammu and Kashmir, Syed Ali Asgar Razvi belongs to a business family. He grew up watching his entrepreneur father and his lifestyle was undoubtedly drawn towards business. Ever since his young age, Razvi had the opportunity to learn the basics of entrepreneurship from his father. In the year 2012, Razvi started a new venture called RCF Multiventure Pvt Ltd that deals with the wholesale and distribution of FMCG. Razvi ran the business with so much dedication that he has been successful in all these 9 years, of course not without hardships which could only make him stronger. “I have been in tight spots and sudden financial setbacks as I tried to find my place in this business world. But that was my inspiration to work harder and achieve what I was destined to do.” Syed spent his time building his business. His proper planning and perfect negotiations made his business flourish. He would also take the decisions of his employees into count and puts them in the loop all through the execution of his business strategies. He keeps himself updated with the latest business trends, technological advancements and culminates them carefully into building his business empire. All this made him stand at the topmost place among the young businessmen in Jammu and Kashmir. 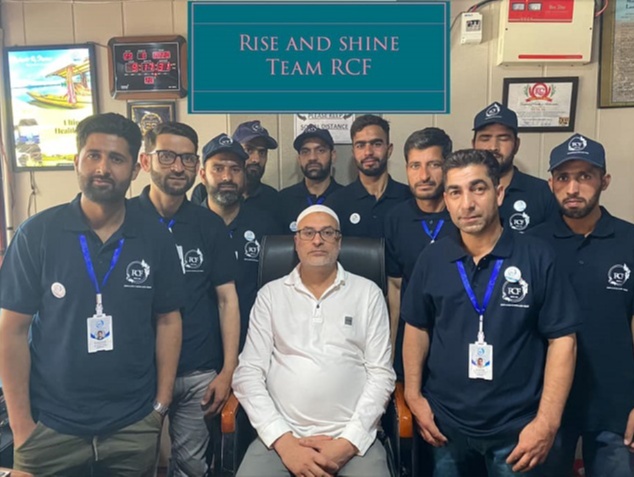 If you think that Syed Ali Asgar Razvi is always into counting profits and losses, estimating taxes and looking into in and out of his wholesale dealings, then you would miss on his other side that loves sports and music. He has always been involved in sports like Cricket, Football, Off-roading, Cycling and Skiing. 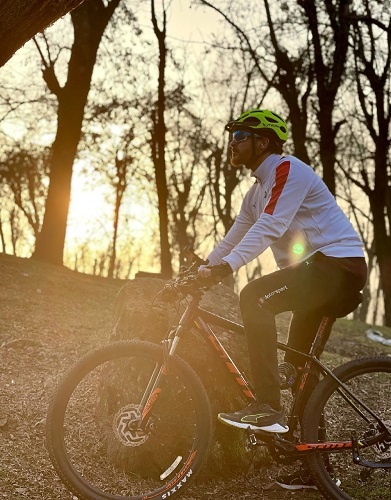 Once his business has attained stability, this young entrepreneur re-embraced his passion for sports. This love for sports made him spot out many young talents around him who couldn't take up their love for sports because of their unsupportive living conditions. He noticed that there are many people around him who are very much passionate about sports but couldn't afford their dreams. Syed thus made it a point that he provides all the help to the young talents in order to realise their dreams. He managed finances so wisely that he could contribute both to his business growth as well as helping the talented youth. He says that though it is the responsibility of the government to uplift and encourage the talents without letting them succumb to poverty by creating schemes and policies, still, it is not always possible for the government alone to make everything possible for everyone. That is when, he says, businessmen and social entrepreneurs must pitch in. He said that when the living conditions are improved, people with have time and resources to think of investing in sport or physical activity. "We need to create avenues here. If the government fails at any point of time, businessmen, social entrepreneurs can fill the gap,” he said. This philanthropic young man says, "If we have talented young brothers and sisters with humble or poor backgrounds, it is our moral responsibility to help them and show them their dreams can come true". Razvi gives the required support to the young girls and boys who dream of getting into sports by sponsoring them. “Entrepreneurship holds immense potential as a driver of economic advancement and social progress,” he mentions. Razvi is promoting many young athletes by supporting them to play at various national and international circuits. Razvi is also paving way for others and showing how one can sponsor young talents across national and international levels. "Celebrities have helped the sports genre to bring out the message and the struggle the athletes go through. I aim to promote and help in whatever capacity I can the young athletes of my area. We need to support the young athletes as they lack facilities,” he said. Thanks to Razvi looking at whose work, several others have come forward to sponsor the youth. This fan of music also wants to become a changemaker in the music industry as well.

Razvi’s friend, Umer Ahmad speaks about Razvi and his philanthropic activities saying, "People like him invest in the right things, which is different from traditional businesses. He also shows a keen interest in music and wants to make a difference in the music industry as well. Every year, he has kept a separate amount like CSR for helping and grooming local talent. With investors like Syed Ali, taking a keen interest in promoting young talents in India gives athletes the boost and confidence to work hard on their games. It is great to be vocal for local initiatives by promoting young talents in various sports and helping them reach their desired destinations. We need more and more sponsors like Razvi to come forward and promote young athletes and take Indian players to the international level from small towns and cities.”

Razvi, who makes sure that he doesn't miss on anything he wants to do even amidst his tight schedules, advises the youngsters that they must develop a winner mentality. They should also understand that failing sometimes is okay but all they need to do is to learn from the experiences and become mentally strong. He suggests the youngsters always see the bigger picture. "Imagine yourself at the place you wish to get. This will keep giving you the confidence you need and helps you stay on track.", He says.

Thanks to Razvi who is sending young sports enthusiasts to chase their dreams and it is because of people like him that there's still hope that the sportspeople in India keep coming forward to represent their nation in national and international events. May he live long and may many young talents bloom under his philanthropic tree.