Braving the rough terrain, wild beasts that roam the trails, poachers, and other sort are just some of the hurdles a forest officer has to overcome as part of their daily routine. When you think of such a trade, you don’t expect a woman to be running the scene. Which is exactly why P.G. Sudha is no ordinary woman. Having joined the state forest department nearly 16 years ago, Sudha is a dedicated employee for whom cleanliness and preservation of wild lands goes beyond just a formal duty.

The tribal communities that live deep within the forests are not acquainted with the modern way of living. For them, a remote group, who wander from one place to another, defecating in the open does not signify a bad deed.

In 2016, under the Swachh Bharat Abhiyaan, when every district in Kerala was working towards making the state Open Defecation Free, the responsibility of building sanitary facilities for tribal communities in the Kuttampuzha range was entrusted to Sudha by K Mohammed Y Safirull, the district collector of Ernakulum.

Thus began the daunting task of convincing contractors to take up the project. Everyone Sudha approached refused to take it up because technically speaking, it was rather hard to carry materials and manpower to remote regions of the forests. With no connectivity and a tough journey by foot, whoever agreed quoted prices that were triple the required amount.

But Sudha, who herself hails from one of the tribal communities, used her knowledge and contacts to her advantage. She involved local masons from the tribal settlements and got started with the work.

After putting together a workforce, the next item in the task was to actually carry out the process. Materials were transported by way of rafting and the monetary requirements were taken care of by the Panchayat. Sudha sought out economical alternatives in a steadfast manner and managed to complete everything within the allocated budget. 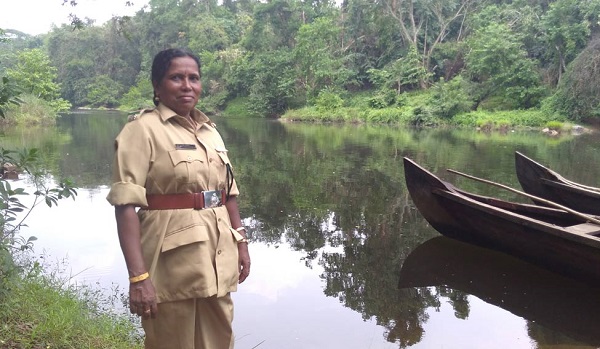 Single-handedly, she overlooked and supervised the building of not one but 497 toilets across nine tribal colonies within 3 months. For her daring and outstanding contribution, she was awarded the Best Forest Guard Award by the Kerala Chief Minister. She was also conferred with the Nari Shakti Puraskar by the then president Pranab Mukherjee. 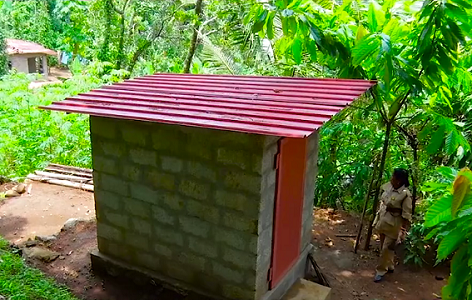 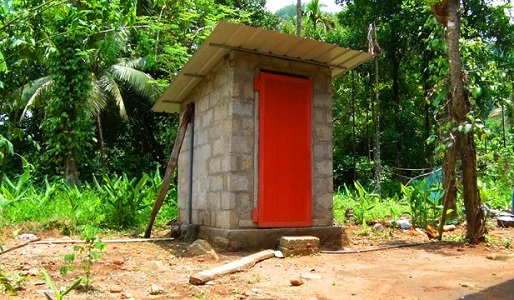 After the toilet construction was done, there was a 3-day awareness drive where the tribals were approached and educated on how to use the toilets and keep them clean. They were told of the threat of defecation and in general the importance of keeping the environment around clean. It surely worked because two years down the line, the communities still use the toilets and have also managed to maintain it.

What makes this achievement great is the fact that Sudha brought about such a change despite being 50 years of age. She proved to anyone and everyone that age is just a number and that women are capable of undertaking tasks that are not expected of them and carry them out graciously and dedicatedly. For Sudha, who has grown in the wild, forests and everything that comes with it has truly become a way of life.