90 Houses for the homeless gifted from the Big Fat Wedding budget. It’s the best wedding gift received exclaimed the daughter.

Mr. Ajay Munot a cloth and grain merchant who lives in Lasar, Aurangabad Donates 90 Houses to the homeless from the Daughter's Wedding Budget as a Best Gift.
By: milagro_vina
Published: 2 Years Ago
Last Modified: 2 Years Ago
Read time: 3 min read
Views  128

Mr. Ajay Munot the father who donated 90 houses to homeless people during the celebration of his daughter's wedding

When a father gives his daughter away in marriage, part of his soul goes with her. The family celebrates because a wedding is the beginning of a new life and the announcement of the arrival of new members of the family. The big parties are the usual thing, however, the truly transcendental thing about a wedding is knowing how to give thanks to life for the blessings that come with marriage.

Mr. Ajay Munot, a cloth and grain merchant who lives in Lasar, Aurangabad, understood that his daughter's marriage was so valuable that it deserved an extraordinary celebration. So he set out to make a celebration that would transcend the wedding day and bless both the bride and groom and their family, because his good deed that exalted him: He donated 90 houses to the homeless. 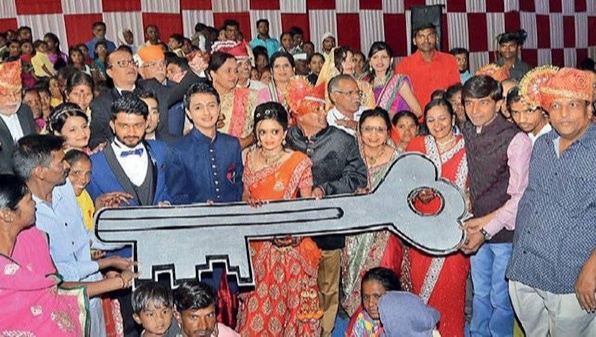 A wedding and 90 houses

Poverty is a scourge that does not distinguish nations. From the most developed countries to the poorest countries have within their population poor people who have no place to live. Unfortunately, that situation is seen as a problem of States and individuals do not see themselves as responsible for it. There are, however, people whose sense of humanity lies above such distorted views of poverty.

Mr. Ajay Munot is one such extraordinary person, who believes that as an individual he can contribute to the improvement of the quality of life of the most unfortunate people. This exemplary citizen assumed the responsibility to donate housing to poor people, who live in slums and do not suffer from an addiction.

He did this by investing the money he had earmarked for his daughter's wedding in 90 housings. For Mr. Munot, the 80 lakh rupees that he would invest in the wedding became the achievement of the dream of 90 families comprising more than 400 people.

Miss Shreya, Mr. Munot's daughter, and her husband were fortunate enough to hand over the houses immediately after the wedding. She said: "It was the best wedding gift" 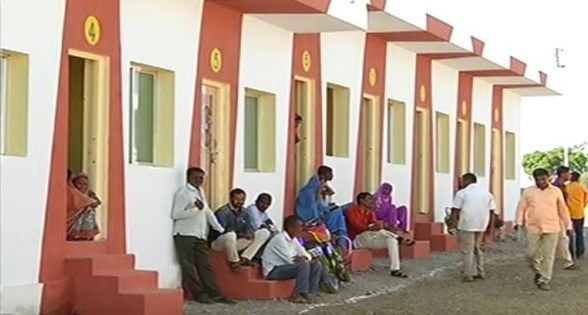 Homes and health for the new generations

Mr. Munot celebrated with his family by giving away houses, however, this donation is much more than a home for the families who received it. The children of the beneficiary families with a house will have better opportunities to educate themselves and find channels of social mobility that will break the cycle of generational poverty: "This is the new chapter of history and I hope that the other rich communities will follow the same concept, we have some responsibilities towards our society and we try to fulfill them" he said.

Decent housing is the path to recovering the self-esteem of poor families and new generations. In addition, the sanitary services of the houses and the system of drinkable water, protect their inhabitants of diseases coming from the consumption of contaminated water. 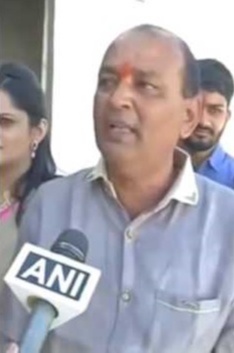 The heart of a good man

Mr. Munot set an example together with his family as to what rich people can and should do for society. There are 78 million homeless people in India and the number is increasing every day. Most seriously, that figure includes 11 million children. These figures, and seeing the deplorable conditions in which the homeless live, prompted Mr. Manot to take responsibility for helping 90 families, to open up a way out of poverty.

The example of this father, served as an incentive for entrepreneurs throughout India to commit themselves to contribute to the fight against poverty. Mr. Manot demonstrated: “that wealth should not be used for extravagant expenditures while many people in Indian society lack the essentials". 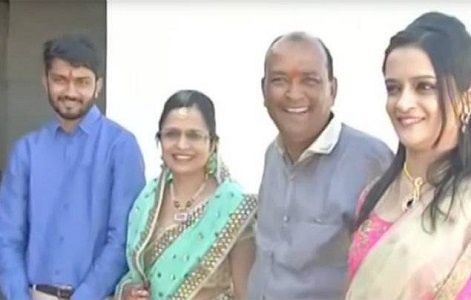 A new vision and a reminder

"While the whole nation appreciates this commendable step by Ajay Munot, there are people like Janardhan Reddy who spent a fortune just to show their status. He spent 500 crores on his daughter's wedding," they say in the newspapers. Indians are known for the lavish Big fat weddings and this must change.

Poverty does not only affect poor people because other social scourges come from the subhuman conditions in which the poorest live. Crime, disease, illiteracy, environmental degradation, and especially the vulnerability of women and girls, constitute a bleak picture from which there is no escape.

When poor people burn trees for cooking because they have no other sources of energy, the planet suffers. When an adolescent girl becomes pregnant, society suffers because intergenerational poverty is perpetuated, when children play in polluted waters the whole society is threatened by diseases such as cholera that do not discriminate between rich and poor.

In short, Mr. Manot, with his generosity, calls on the whole world to work together to build a better society