If you are an emerging entrepreneur and need guidance. Here is someone who can help.

He couldn't afford to pursue formal education after Class VII. So what? He proved that if one has the determination to succeed in life, nothing can hold them back. He became a serial entrepreneur and is now helping other startups sustain and flourish. Let's get into the story of Patna-based teenager, Rohit Kashyap, who is mentoring businesses and aspiring business people in India's small towns and villages with his entrepreneurial experience.

Deprived Of Education But Not Of Knowledge:

Rohit Kashyap hails from Patna and he discontinued his education post Class VII due to his family's financial constraints. Though Rohit didn't go to school, he never stopped education. He continued to study at home and enrolled under the Bihar School Examination Board. Along with the home study, he also explored various interests in him like entrepreneurship. He used to participate in several science and maths Olympiads and won them too. He cleared the CA Foundation exam and was ranked among the top 1,000 in the ICAI Commerce Wizard. Alongside, he started exploring his interests like entrepreneurship.  In 2016, when he was just 14 years old, Rohit founded a food-tech startup called Foodcubo.

After serving more than 10k customers, it was acquired by a global platform in 2018. Rohit opted for open learning rather than going to a college and continued to embrace his passion for startups alongside studying. He was a self-taught coder. He also started developing software for clients and has co-founded various companies. He eventually became an influencer on Quora and also started a blog on entrepreneurship. Within just 6 months, he got 10 million views on his content and his blog also received a good user base. “People were interested in entrepreneurship and startups, but they faced a lot of problems while starting up because of lack of proper mentorship,” he said. This is what drove him forward to help first-time entrepreneurs.

The Problem and the Solution:

Rohit believes that around 92% of small business owners acknowledge the impact of mentors on the growth and survival of their ventures. But 90% of the startups often don't sustain beyond five years due to a lack of mentorship, guidance, and planning. This is where Rohit wanted to step in to solve the problem. He decided to provide quality mentorship to the emerging entrepreneurs from the founders and top executives in the business world. Rohit started helping people on phone calls in 2019 and slowly grew his venture into a full-fledged form. A bootstrapped venture with around Rs 40 lakh invested into it so far, he named it the Maytree School of Entrepreneurship. Rohit was 18 years old when he founded Maytree in 2020 and this initiative is already mentoring aspiring entrepreneurs in the Indian rural and towns. 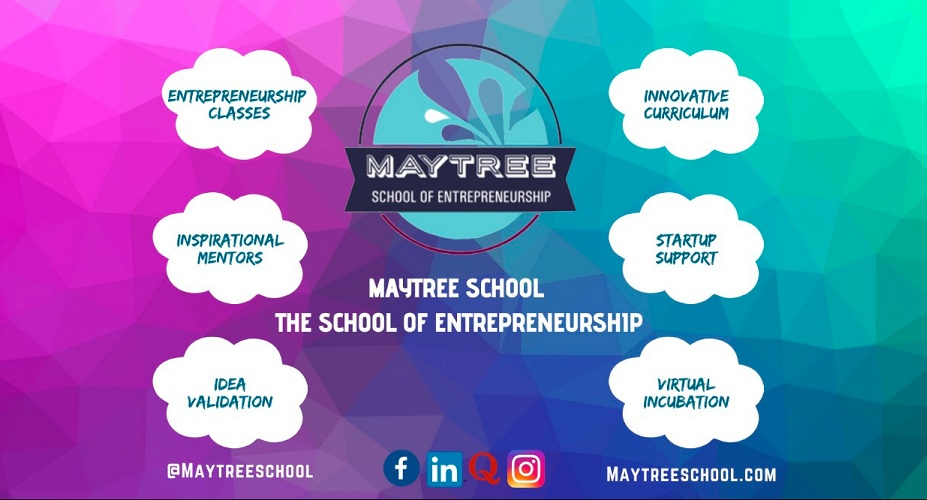 He started his virtual venture from Patna as he has been an entrepreneur from there for five years now and is well acquainted with the problems that startups face in Tier-II and Tier-III towns. Ever since its inception Maytree mentored more than 1200 students globally and has incubated more than 50 startups. "We have helped startups like MagTapp, AryaGoCab, and Bhavesh Pharmaceutical to grow from scratch,” says Rohit. The charges of Maytree for their services are priced at Rs.5000 and above based on the group or one-on-one mentorship. An additional fee is charged if the startup needs future help and collaboration. Maytree Academy also takes small equity in some startups. “We have around 700 paid customers, more than 50 tie-ups, and share equity partnerships in 13 startups. We will own only up to five percent equity depending upon the assistance we provide,” he explains. A few of the prominent mentors who support the aspiring entrepreneurs through Maytree are Arunabh Sinha, Founder of laundry chain UClean; Shashank Kumar, Founder of agritech startup DeHaat; Supreme Court lawyer and Cornell University alumnus Aditya Shankar; and Yuvraj Bhardwaj, Co-Founder of Zenith Vipers. The company is also working with Startup India and other government departments to help budding businessmen. Currently, that runs with a team of 14 people, Maytree had clocked a revenue of Rs 1 crore so far.

Not Just a Platform:

Though Rohit says that there are other governments and private organisations that compete with Maytree, his company focuses on “setting the culture instead of being just a platform”. He says that he and his team are on a mission to set the culture of entrepreneurship across the world and especially in India.

Rohit is looking forward to strategic investors, who can support his aim to help more than 50 startups reach at least $10 million valuations each in the coming five years. He said that Maytree is also planning to collaborate with the government to teach entrepreneurial skills at the panchayat level.

What a great job this teenager is doing! Truly, bookish knowledge has nothing to do with and cannot stand practical experiences. Our team acknowledges and praises the efforts of this man who is helping entrepreneurs grow with consistency.