IITian Vamshi Krishna’s “Draupadi” had raving reviews. Pick one to know why

He is an ace coder under the gleaming sun and while the moonlight kisses the stars, he weaves great stories out of his radiance. He is the creator of the most recent sensation, "Draupadi-India's First Daughter", Vamshi Krishna.

It was one boring Sunday evening. A boy who never read anything but textbooks grabbed the legendary Indian epic Mahabharata. He found it stimulating and was engrossed into reading it. As he flipped through the pages of the legend, one of the characters captured his attention. It is the character of Draupadi. All that he knew about Draupadi till then was that she's an adorable queen of five mighty-willed men. However, as he dived through the plot, he felt that her character was widely misunderstood. His further readings of Draupadi's characterization in other novels brought him to an opinion that none of them portrayed Draupadi the way she really is. According to Vamshi, Draupadi is not just one character among the numerous in Mahabharata but a brand ambassador of womanhood.

"What if Mahabharata is viewed through the eyes of Draupadi?", a thought struck his mind and he decided to ink DRAUPADI. Ever since its release, the novel has been spreading like wildfire and roaring like a tiger. 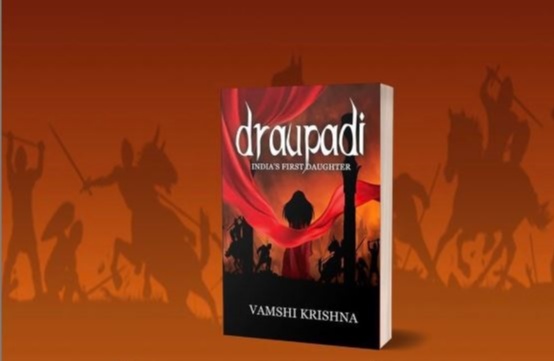 "I am glad that the author, a present generation guy has put in great efforts to tell us the greatness of our epics this way. You will feel like reading the original Mahabharata for sure" - reads one of the Amazon reviews of this novel.

A Guy With Wings Grounded To Reality:

As a middle class guy whose only focus centered on studies, had a sole aspiration - to graduate from an IIT and make money. Education was his only priority until he finished his graduation, as, it is only education that would offer him a good job with decent pay, making him financially stable.

Life at IIT - A Gateway To Passion:

Vamshi says that the time he spent at the IIT was the most crucial part of his life. Intricate math problems, laws in physics and chemical equations that filled his growing up years were substituted by the realities of the outside world.  Living independently away from his family made him wise at decision-making. Having got a closer look with the outside world that taught him valuable life lessons, he opines that everyone should experience atleast two years of hostel life in their lifetime. Most importantly, he discovered that there's something else beyond textbooks and that's called passion. He identified that he can weave thoughts into appealing words. He discovered that he can ink emotions. However, he cannot take up his aspiration of being a writer due to the lack of financial backing. Thus, he took up the job as a software programmer while embracing his passion for writing during the nights. 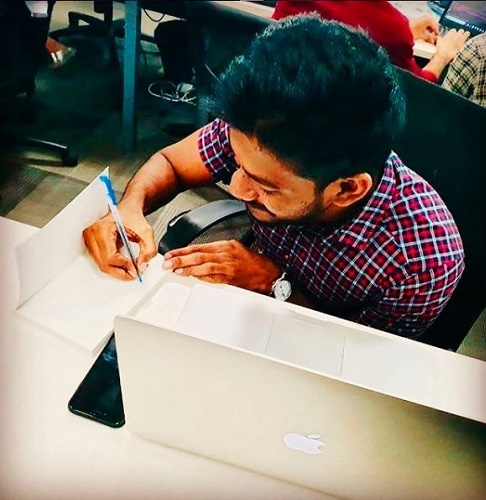 "Only a few have the financial freedom to follow their passion. The rest need a regular pay job to pay the bills. Therefore, a more practical approach is to follow the passion as a side gig for a few years, gain a bit of financial stability, and then think about pursuing passion as a full-time job.", says Vamshi, the mind that has got a perfect balance between passion and profession.

Every End Comes With A New Beginning:

His real-life experiences coupled with a few fiction elements formed the basis of his debut novel, Zero Not Out. In 2018, when he set to fashion his work, he first penned all his real life incidents. In view of all the factors leading to depression and youth-suicides in the contemporary scene, he directed his plot to convey a meaningful message. Taking characters from reality and adding a tinge of fictional flavour, he presented before the readers, his thought- "Every journey has to end, for a new beginning." 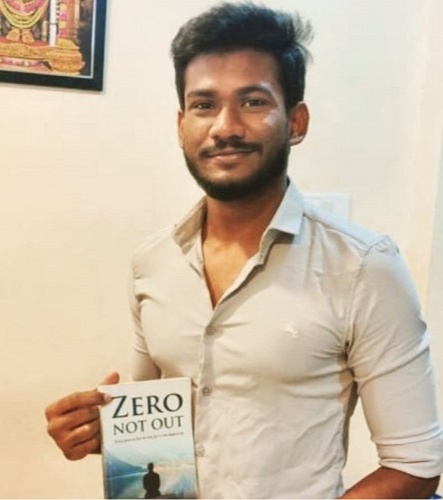 Vamshi's writings reflect his comprehension of a woman's mindset. When asked about the same, he smilingly replies, "I am intrigued by the beauty of women. And when I say beauty, it's not just what's visible to the naked eye; I chose to look beneath the surface. The older I become, the clearer I see how enchanting women are. Now I have a belief that I understand women better than most of the men and my writings reflect the same." 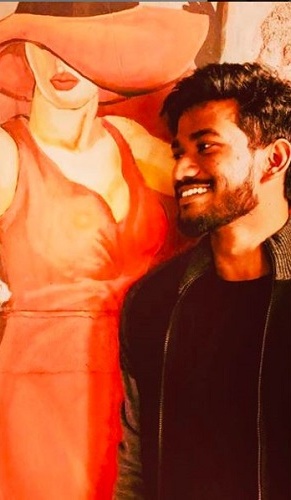 When 90% of his fans are women, one can comprehend the extent to which his readers found his writings relatable.

He is not beyond criticism though.

As he fabricated the character of Draupadi, he faced deep-felt criticism and negativity from a section of his readers. However, he remained Mr. Cool, noted down the valuable inputs of the constructive criticism, gave a deaf ear to superficial taunting and moved on. This ardent fan of M.S Dhoni is inspired by people who continuously strive to excel in their fields. Their success stories keep him up and running.

His next novel revolves around a potential female character. He has set the Instagram stage ready to send zingers of excitement with regards to his next novel, what he tentatively named as #she. This IITian is also researching the life of Lord Krishna around Dwaraka city. Now, it's on the part of his readers to wait and watch what his next enchanting subject's gonna be!

Lessons From His Life Book:

This flamboyant young man gives a bit of enlightenment to uplift the dispirited present day youth. He says that youngsters should be given freedom to choose their careers. They should be taught that it’s okay to fail and it's okay to disappoint people around them, including their families, in their journey to make life choices that suit them. Academics, jobs, relationships, or anything else for that matter mustn't lead to unwanted complications. He advises youth to believe that hard times are temporary and shall pass.

On the other hand, he advises the young, emerging authors to effectively harness the benefits of social media, Instagram in particular. A writer can use it as a  platform to connect his readers with his writings. To capitalize on social media to achieve a large reader base, he says, is the duty of the author himself.

"It's your responsibility as an author to build a brand for yourself. No publishers/ agencies are going to do it for you. Capture readers’ hearts with your words. Be like a boss while you are developing the plot. Once the plot is set, be it's slave and let it lead you", he concludes.

From a studious lad to being a prudent man, his journey has too much to share for the benefit of today's chaotic world. Let his ink flow like a seamless ocean immersing into its deep, the soul of every devoted reader.