20 YO grabbed The Gold at the Mind Sports Olympics. Often compared to Shakuntala Devi.

When I ask you 3×2, you know the answer. You can still answer if I ask what could be 32×20. But if I ask you to answer 234561789×13451688901, then you would surely run and grab a calculator. But, the man who we are going to introduce you to, doesn't need a calculator to do this. He gives you an answer in a jiffy. Ok, wait!! I'm not talking about the recent Bollywood movie Shakuntala Devi. That's of course based on the true story of the math prodigy Shakuntala Devi. But now I'm talking about another young man who came into limelight as the youngest mathematics magician.

We all came to know about the brilliant mathematical brains through movies like "The man who knew infinity" and "Shakuntala Devi". Through these movies, we were introduced to the amazing lives of mathematics lovers. Undoubtedly, the concept of mental math reached us through the big screens. But, even before watching any such movies, a boy was into all this. His mind calculated swiftly and he sharpened his skills eventually to now become the world's superhuman calculator. He is Neelakantha Bhanu Prakash and let's know more about his mathematical journey.

An Accident Changed It All:

Neelakantha  Bhanu Prakash who was born on 13th October 1999, once met with an accident that confined him to the bed for over a year. 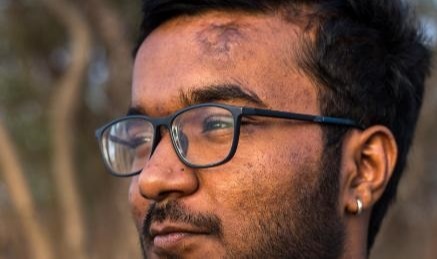 This time has become a golden period in his life. A little boy could better be devastated with something like this that has disabled his active routine. But, his parents came into the scene and started offering the boy various mind games and puzzles to keep him engaged. Bhanu started solving those puzzles and the victory in one puzzle drew him towards another and this continued. Thus, though his body was confined to bed, his mind ran math marathons. The mental exercise that his parents gave him sharpened his neurons and he developed a huge interest in calculations. He stared adoring mathematics, a subject that 9 out of 10 students would run away from. This pro at mental math is an alumni of the Bharatiya Vidya Bhavan's Public School, Hyderabad. He secured his B.Sc Honours degree in Mathematics from St.Stephen's College, Delhi in 2020.

What Made Him The Talk Of The Town?

There are many people who are mathematical geniuses. But what made Neelakantha Bhanu Prakash shine in the headlines today? Well. Let's look into his achievements. Bhanu is India's human calculator. When we say this, there's no exaggeration. If you have followed the recent Mental Calculation World Championship at Mind Sports Olympiad, you will understand his exceptional talent. 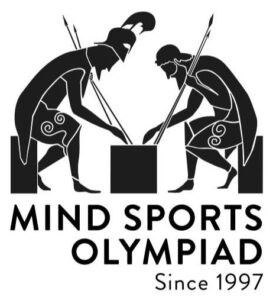 Well!! Not many of us know what this Olympiad is all about. The Mind Sports Olympics is an annual multi-disciplinary global competition that honors mental abilities and skills. It first started in 1997. This is one of the prestigious international competitions held in London every year. In 2020, 30 participants from across 13 countries including UK, Germany, UAE,. France, Greece, and Lebanon participated in the virtual Mind Sports Olympiad. Neelakantha Bhanu Prakash, on India's Independence day, represented the country at Mind Sports Olympics and made history by becoming the first Indian to win a Gold at Mind Sports Olympiad by beating 29 competitors who were up to 57 years of age. The judges were appalled at his accuracy and speed of calculation and gave him more calculations to perform. Bhanu Prakash solved all those calculations and surprised the panel emerging as the World's fastest human calculator.

This being the recent one, this Hyderabadi got into his credit, four world records, and 50 Limca records for being the world's fastest human calculator. This math prodigy broke the records set by the math icons like Scott Flansburg and Shakuntala Devi.

If you think that this young man's teenage years are dedicated only to numbers, then you are mistaken. Bhanu Prakash is like every other boy who loves to enjoy and take the best of everything. He follows the movies on Amazon Prime and Netflix series. He loves ice-creams, reads books, travels, and plays video games.

An Entrepreneur with a Distinct Vision:

Bhanu headed an ice-cream start-up. He writes codes and gives business consultations. He is the founder of "Exploring Infinities". This is an educational start-up aimed at imparting mathematical lessons to school students across India. What's so distinct about it? The wonderful part of this start-up is that the math lessons shall be given in regional languages and aim at training the math-phobic minds. To eradicate math phobia among students, his dream is to create "Vision Math" labs wherein students especially from the rural and underprivileged backgrounds are benefitted. This idea emerged out of his observations that most of the school students cannot do basic math calculations. Because of the curriculum, or due to forcing math lessons under pressurized scenarios, math phobia has conquered the young minds. Due to this, students feel de-motivated and run away from mathematics. Therefore, Bhanu runs this start-up in partnership with T-SAT, the educational channel of the Telangana government.

"I'm not a born genius. I don't think that anyone is a "born genius". I believe that everybody is born with a numerical competency. And at the end of the day, the blame is never on the individual. The system, the policies, and the curriculum... all these determine how you take your first step towards the subject," he says. He said that he trained hard for 15 years since his childhood. "Just like walking is good for the heart, math is for the brain. If we can convey this to people, then the fear for arithmetic will go away. Once these waves of fear go away, then it is a calm ocean,” he adds.

We all know that the world runs on calculations. If you run away from calculations, then you can't run along with the world. You will remain stagnant.

This man of an immense mathematical genius who is on a mission to eradicate math phobia from the students should see great success in his journey. One day, we wish to see changes in the teaching methodologies and approach towards mathematics. May his efforts build a mighty student community where no one is afraid of mathematics? 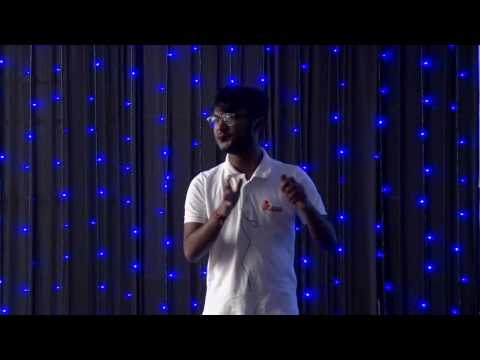