The defense of children is a priority in the Indian nation for centuries. Historically that protection has rested on the shoulders of society, but it is especially the responsibility of Indian women. Commissioner Merin Joseph is one of our heroes, protecting children from criminals who threaten the hope of society: the future of children.

The heroic Commissioner Joseph crossed international borders in pursuit of a pedophile. The criminal named Sunil Kumar Bhadran fled India after committing the abominable crime against a girl in the town of Kerala. The criminal thought that he would be safe away from Indian lands, but with the determination and commitment of Commissioner Joseph, she managed to bring justice to Saudi Arabia, where Sunil Kumar worked. 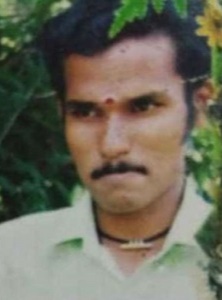 The arrest of the criminal

Commissioner Merin Joseph traveled to the Saudi Arabian capital, Riyadh, where she hoped to reactivate the case which was on file on Interpol's files since 2017: "I found this case and learned that this man had been on the run for almost two years. This was a case that had impacted the public consciousness and people were outraged by the crime. The Kerala Police International Investigation Agency had been following up with the Saudi police, we just strengthened these efforts," she said.

The crime was committed against a young girl in Kerala. Following the complaint, the girl was transferred to the Government rescue home Mahila Mandiram in Karicode, Kollam district. The girl could not bear the tragedy that befell her and, desperate for shame, committed suicide in June 2017.

For the family, the misfortune that their daughter was the victim of a rapist turned into a succession of tragedies, because shortly after the girl's suicide, the little girl's uncle also committed suicide. The uncle felt responsible for what happened to the girl, because it was he who introduced Sunil Kumar to the family, not knowing that he was a criminal. However, because of Commissioner Joseph's efforts, the crime did not go unpunished.

After his arrest, Sunil Kumar Bhadran became the first criminal to be extradited from Saudi Arabia to India: "It was the first time that we made such extradition. I wanted to learn how it works so that I could, in turn, share the knowledge with my team," said Commissioner Joseph.

Extradition procedures are complex and require trained personnel who are thoroughly familiar with IWC and Interpol protocols, as one mistake can determine whether the criminal goes unpunished or that the criminal is brought to trial instead. That is why the courage and bravery of Commissioner Merin Joseph are strengthened by her training in law and police protocols, which makes her a key person in carrying out this type of police and judicial investigation. 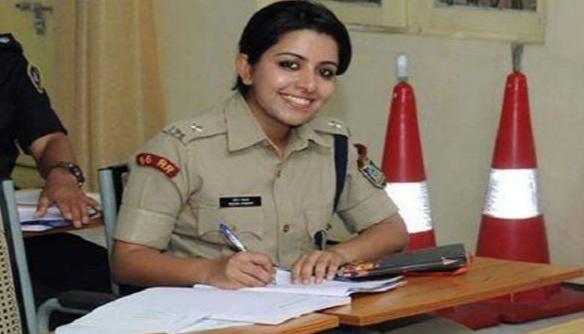 For Commissioner Joseph this was not just another case, it was about opening the way for criminals who attack women and children not to escape with impunity: "I am passionate about cases involving women and children, and this was a man who believed he should be brought back to face trial," she said.

The women and children's advocate

Following her appointment as Commissioner, IPS Merin Joseph investigates consistently and insightfully investigating unresolved cases. She serves as a spokesperson on women's rights, which allows her to gain insight into the various situations affecting women and children in her community. She said: I feel that women and children have no one to defend them, so they become victims of the difficulties of obtaining justice. I feel that women often fight the lonely battles with the courts with no one to help them.

The significance of Commissioner Joseph's achievements in the case of the pedophile Bhadran is that there are dozens of cases of Keralite criminals who take refuge in Saudi Arabia after committing crimes on Indian soil. IPS Merin Joseph made a commitment to the families of the victims. She said: "People should not live with the impression that they can commit a serious crime, then escape to a foreign country and evade justice. The message had to be loud and clear. This was an atrocious case where the victim had committed suicide;she felt it was her responsibility to do something about it.

Commissioner in her own right

The road to becoming a Commissioner is full of obstacles.  Ms. Joseph studied law, social and community work, administrative and judicial procedures among other courses she had to approve before becoming an IPS. In addition, physical training is hard and only those who have the physical strength and character to endure can graduate.

PSI does not offer special treatment for being female, because criminals will not give special treatment to IPS women, however Ms. Joseph encourages women to join the service: "The kind of power you wield as a IPS is overwhelming. You touch the lives of so many people. The kind of reach you have is immense. It's difficult, but it also gives you peace and satisfaction. My advice to women would be to start considering IPS as a profession.

Commissioner Joseph sees serving the nation as an IPS as an honor, but the greatest satisfaction comes from achieving justice for families, women, and children. "That is an honor that is carried in the heart.