Escaped from child marriage, this young girl is spreading awareness on the ill effects of early marriage

Child marriage has been a social practice that is still active in most of the regions of India. The community doesn't care for the girl's wishes and pays a deaf ear to her parents if at all they want to support their daughter. All they want is to let everyone follow the rules it framed or just be ready to face the consequences of its anger. Pressurized by such stringent laws framed by community members themselves, with no knowledge of the law and constitutional rights, many young girls are being victimized by the evil practice of child marriage. Instead of holding books and going to school, they are forced to hold the pride of their maternal house and leave to their in-law's chawl. She should suffer all that her in-laws give her. Life becomes hell with dreams shattered and hopes smashed. One such young girl from the Gond community of Odisha is Deepanjali Patra. But unlike other girls of her community who had to succumb to the norms, Deepanjali decided to take a step ahead by questioning them, now leading her life in a constructive way - walking through her dreams. Let's get into knowing about Patra whose story is an example of courage.

Deepanjali Patra hails from Borbhata village in Kalahandi district which is around 400km away from Bhubaneswar. Being the youngest in a family of farmers with three children, Deepanjali has two elder brothers. Her parents own three acres of land and belong to the conventional school of thought that a typical Gond community belongs to. They started forcing Deepanjali to get married at the age of 16 as it was a norm in the community to get the girls married off early as delay in their marriage might lead them to fall in love, ultimately bringing a blot to the family and community. Thus girls are not allowed to stay single after a maximum of 16-17 years. Deepanjali says that she was informed by her siblings about the marriage proposal that her parents got. “My parents didn’t talk to me directly about marriage. It’s usually your siblings who tell you that the parents have found a nice match and that you must get married,” says Deepanjali. According to Deepanjali, her parents never asked for her opinion or preference when the marriage proposal came. However, Deepanjali told her mother that she doesn't want to get married but continue to pursue education which was an obvious NO.

A Ray of Hope:

Patra was still trying her best to convince her parents when she came across Oxfam India.

She attended a meeting conducted by Oxfam India in which they educated people on the ill effects of child marriage and the legal repercussions of it. In that meeting, Patra learnt that Indian law forbids child marriages and she also learnt that if a child is forced into a marriage, they can approach the Child Development Project Officer (CDPO) in their area. This knowledge boosted Deepanjali's confidence and she dared to convince her parents to tell them everything she learnt from the meeting. The officials from Oxfam also met Patra's parents and explained the benefits of education and financial independence for girls. Deepanjali Patra's parents were convinced. “People in the village often rebuke my parents for falling prey to the NGO’s arguments against child marriage. They say that my parents want to keep me till I get old but we have turned a deaf ear now,” says Patra. 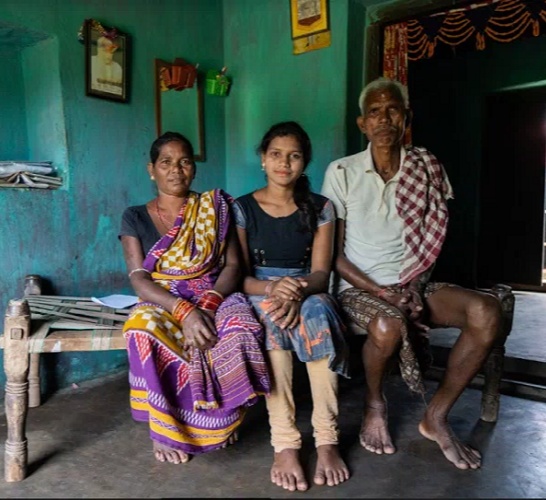 After being saved from forced marriage, Patra started working with Oxfam to spread awareness about the ill effects of child marriage. She is organizing campaigns to increase the marriage age for girls in her community. She also participates in monthly meetings along with other members of the village. "There have been cases where their children have died when they were under a year old, adding that how a woman in her village who got married early delivered two children one after the other - both of whom died when they were only seven or eight months old. Child marriages destroy a young girl’s life, effectively putting an end to her childhood. Girls getting married at an early age are unable to access education and instead forced into household chores. Often, young married girls who become pregnant at an early age face a greater risk of serious health conditions. Men marry young girls with the sole objective of fulfilling their sexual needs. Women can’t deny sex to their husband, whether they want to or not,” she opines.

Another social evil that's widely spread in the community is the taboo associated with menstruation. “When girls start to menstruate, they are forbidden from doing any household work or stepping out of their houses for seven days. People believe that girls will be condemned if they step out,” Patra says. She is trying relentlessly to spread awareness and enlighten the people of her community. She believes that education is the only weapon to fight ignorance. 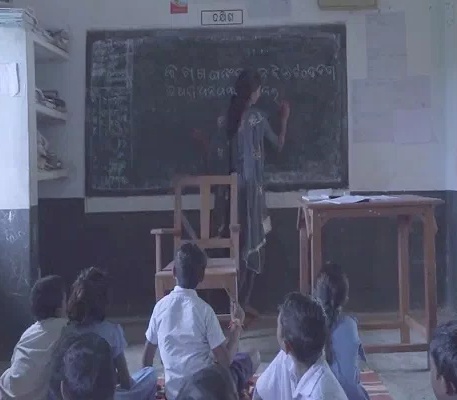 Besides her association with Oxfam, Deepanjali also teaches students of classes 1-8 in the community school and earns an income of Rs.1,300. In the days to come, Deepanjali wishes to join the police force. “I want to get married out of my own choice and not out of pressure,” she states.

Courageous little girl who fought with conventional norms of society and is also helping others towards the path of enlightenment.