It is all in the mind -cerebral palsy gentleman has carved his niche in the banking sector. VP now.

A.P.J Kalam wanted him to spread his story to inspire people. This man with Cerebral Palsy is an experienced banker, author and a motivational speaker.
By: swetha_vangaveti
Published: 1 Years Ago
Last Modified: 1 Years Ago
Read time: 5 min read
Views  30

What does it mean to live with a condition that laymen call "mentally retarded". What if a person is diagnosed with cerebral palsy just after a few days of his birth - Depressing the parents as well right? But more than anyone else, it is the child who has to live with the condition for a lifetime. The child has to take the taunts from the people around him who label him as "different" from others. He is excluded from playing with children of his age, expelled from schools and is not invited to enjoy any parties. With such a life, it becomes hard both for the child as well as his parents to keep the child going. Strong willpower and positivity are essential for the child to carve himself into a better individual. Siddharth Jayakumar is the epitome of inspiration for all those who are suffering from physical and mental health conditions while struggling to fight and live beyond societal stigma and ill-treatment. From not being admitted into schools to becoming the Associate Vice President of IndusInd bank Ltd., this man adored by Dr A.P.J Kalam, has come a long way.

Disturbed Days Of Childhood But Un-disturbed Was His Determination:

Siddharth Jayakumar was born in Chikmagalur, Karnataka. When he was just six days old, post jaundice attack, he was diagnosed with Cerebral Palsy, a medical condition in which the coordination between mind and body is less. Cerebral Palsy has affected his body movement and speech clarity. Though it was difficult for his parents to digest the very fact that their child is disabled, they pooled up the courage to provide strength to their boy. They decided to make him strong enough to face what society has in store for him. Parents gave him all the knowledge about how stereotypical and stigmatized society can behave with him. This made him accept who he is and decide what he is going to do. He resolved to not get affected by anything that is thrown at him - be it good or bad. He came to an understanding that society has nothing to do with his career and future. Because of his hindered movements and speech clarity, there was a significant impact on his writing abilities and general response time. He was not invited to join any children of his age and never played with them. His schooling started when he was eight years old in the Spastic Society of India in Bengaluru, a school for special children. There, he learnt to type with one finger and enjoyed doing math. Seeing his abilities, he was directly promoted to Grade II from U.K.G. Upon his father's transfer owing to his job, Siddharth joined Vidya Sagar, a school for spastic children in Chennai, where he studied till Grade VIII. For his amazing intellectual abilities, he was given admission to a regular school. Though he came to study with regular children, having got directly exposed to the so-called "normal" people in society, presented him, huge challenges which he overcame with all the strength his parents gave him since childhood. People used to give him long stares and many of them mocked him for what he is. However, a few were empathetic and also learnt about Cerebral Palsy from Siddharth. Being an ardent fan of mathematics, Siddharth scored 98 per cent in his 10th boards in Math. He passed 12th boards in Commerce stream with a 90 per cent score. However, he was rejected admission into so many colleges due to his conditions. "It was sad to see their ignorance triumph my brilliant academic records,” he shares. Siddharth didn't stop marching ahead. He completed his Post-graduation too with a distinction. He also pursued a certification course from the Institute of Financial Services, UK to enhance the practical understanding of the complex issues associated with documentary credit practice. Thus, he is a Certified Documentary Credit Specialist (CDCS) and also holds multiple certifications in the banking domain. He is World’s no 2 and India’s first CDCS with cerebral palsy.

An Accomplished Banker Who Faced Rejections:

While Siddharth Jayakumar finished his academic journey by letting go of several obstacles that came his way, he stepped into his professional life which was again a bitter start. Though he had potential, he was rejected by many organisations because of the way he looked. After trying multiple jobs, he was finally selected to work for a bank that recognised his skills and intelligence. "They did not judge my condition, and I got the job on merit. Now it has been almost 15 years in the banking sector,” he says. Today, he is a senior banker with more than 15 years of experience - 13 years in Trade Finance and 2 years in CSR. He is currently extending his services as Associate Vice President in Indusind Bank Ltd. Siddharth served on the board of Vidya Sagar from 1999 to 2019. He had also been on the Board of Trustee of SkillShare International, a UK based NGO for 3 years. He also served as a Member of the Advisory board of the India Inclusion Summit for 4 years and now a member of the board of trustees of the India Inclusion Foundation. 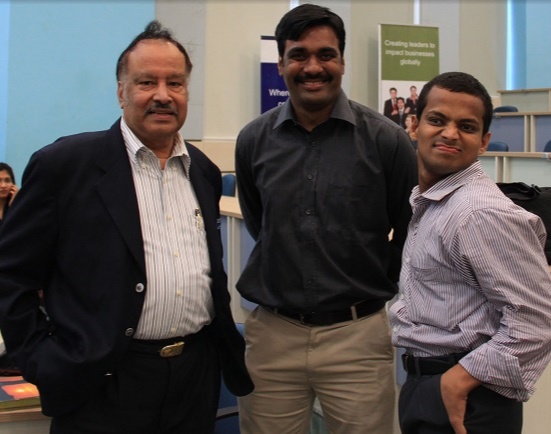 The People's President Dr A.P.J Kalam came across the incredible journey of Siddharth in 2005 and impressed with his grit, invited him for an informal meeting at the Chennai airport. Recollecting their first meeting, Siddharth said, "He was so humble and friendly during our first meeting. He taught me it does not matter at what position you are in life or how much money you have, the important thing is to bring a change by being yourself." Dr Kalam encouraged Siddharth to write a book and inspire others through his story. "After that, I met him 7-8 times during different occasions and each time he treated me like a friend,” Siddharth recollected. 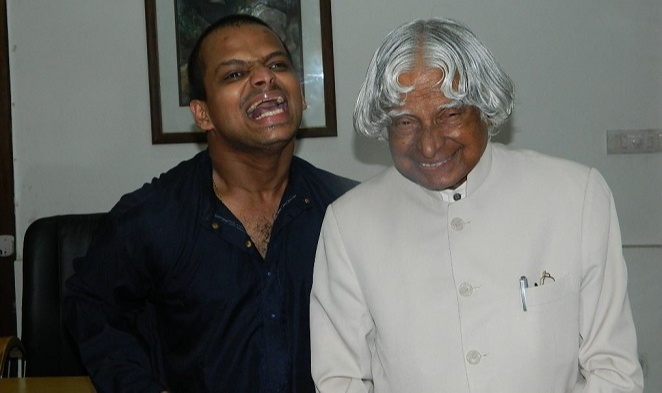 Siddharth was honoured with the title of "Best Employee with Cerebral Palsy" by the then Honourable Vice President of India in 2008. He is also the recipient of 101 top global diversity and inclusion awards in 2019 and 2020 from the World HRD congress Following Sir Kalam's advice to inspire people through his story, Siddharth has authored his autobiography called "Simply Being Sidds – My fight with Life and God !" 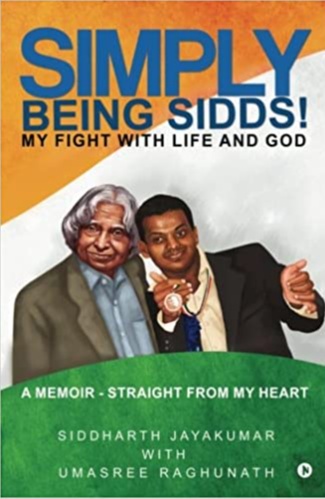 He has also spoken in more than 250 forums/conferences reaching out to over 42,000 people. This four-time TedX speaker, delivered talks touching upon topics like motivation, Time/Emotional management and Leadership. He was invited by the top organization along with Top educational institutions like IIM-A, IIM-B, Christ University, Bangalore etc. He presented his story and inspired people on multiple forums including TedX Chennai; TedX Gateway; TedX EMWS; TedxSonacollege.

This 40-year-old who currently lives with his parents, wife and son in Bengaluru is surely an inspiration we all need today. With a medical condition that cripples ones physical and mental strength, Siddharth battled and emerged victorious. May his wish to reach out to more number of people come true and may he get all that he deserves.