A teenager is set on a mission to promote sex education and create sexual health awareness through her NGO.

At 12, she wanted to know about body changes, sex, menstruation etc.She got all the answers but not everyone did.She now has an NGO that promotes sexual health.
By: swetha_vangaveti
Published: 2 Years Ago
Last Modified: 2 Years Ago
Read time: 8 min read
Views  132

In a country where talking about sex is a matter of "Sharm", sex and sexual talk are considered "sin", there are high rates of teenage pregnancies and countless reports of sexual abuse. Doesn't this sound funny? Most Indian parents deny that their child is not into understanding sexuality but the fact is that children get into exploring all that well before even their parents could ever know. It is perceived that sex education for adolescents leads to promiscuity but in reality helping children understand their psychological and physical changes help them differentiate between good and bad. They will be informed of the extent of righteousness in intimate relationships. When children are not informed about staying safe, they will land themselves into trouble. Open communication between parents and children especially during their adolescent years prevents kids from running to various "other" sources to find out answers. In short, if parents and school don't educate children about sex, children learn it from elsewhere. In view of this scaring scenario, a teenager started spreading awareness on the importance of sex education among children and is on a mission to promote sexual awareness among students and teenagers. She is Niyati Sharma and let's see why and how she has chosen this unique path at a very young age. 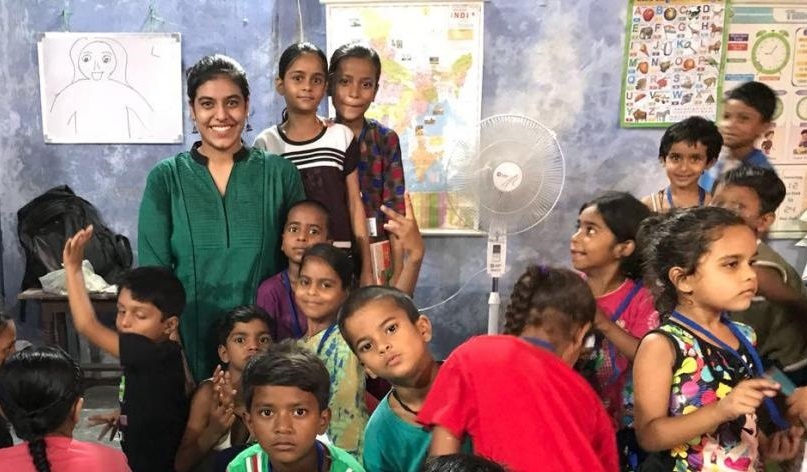 Got Her Apprehensions Cleared But Was Concerned About Others:

Many kids do not understand how to report to parents or elders in the house when they come across what they feel as an "uncomfortable" touch. Words like vagina, good touch, bad touch, sex, etc. don't form a part of their vocabulary yet. They struggle to explain with a language unknown to them and end up reporting something else to their parents. Parents on the other hand consider these talks of children as trivial and bash them off. The confusion, the pain of not able to convey their thoughts severely poke the young minds. When they notice changes in their own bodies, they develop too many questions for which they don't get clear answers to.

When Niyati was in her Class 12, she landed exactly on the same boat. She approached her mother with too many questions that troubled her mind. Her mother, a gynecologist by profession answered all her questions with patience. She even let the girl project her apprehensions clearly and made sure that she received appropriate answers. The mother made her aware of the changes in her body and how to proceed accepting them and "owning" them. While Niyati had access to sex education, not everyone will. A lot of her friends used to ask questions related to sexual health and Niyati could clarify their doubts. This made her realize the importance of communicating about sexual health. This thought made her think about spreading awareness on sexual health among children and teenagers.

When Niyati Sharma went for an exchange program in Belgium, she realized that the way they discussed sex education in school was totally different from the way we do it in India. They conduct sexual health questionnaire sessions in class which we can never think of happening in Indian schools. That's how the thought of spreading awareness on sexual health linking schools and colleges in India came to her mind.

A Thought That Rose Into an Organization:

In order to raise awareness among teenagers about sexual and reproductive health,  Niyati laid foundations to an organization in 2018. She named it "Pratisandhi". This organization aims to provide space to young people where they can get access to sensitive issues through workshops and events. It is a Youth-driven organization that works to end social stigma surrounding sexual health.

A thought that germinated in the mind of a teenager started growing into a mighty tree that no one could ever think of. It was not a teenager's temporary enthusiasm but her vision.

Pratisandhi means resistance. Resistance to the belief that sex is a taboo.  Pratisandhi, which also means ‘the period of transition between two ages’ was born on March 29, 2018. Pratisandhi works to create a platform that allows openness regarding issues that are considered a taboo in our society thereby helping to walk towards a more progressive mindset.

Pratisandhi is a conglomeration of a group of people who share a common goal to increase awareness about sexual health. To create a centre stage where teenagers can find the answers to the questions that pester them- be it about the changes their bodies undergo or about sexual health and education. A student-run initiative, Pratisandhi has in its team, college students and young professionals. The organization has over 45 volunteers and seven members in the core committee. 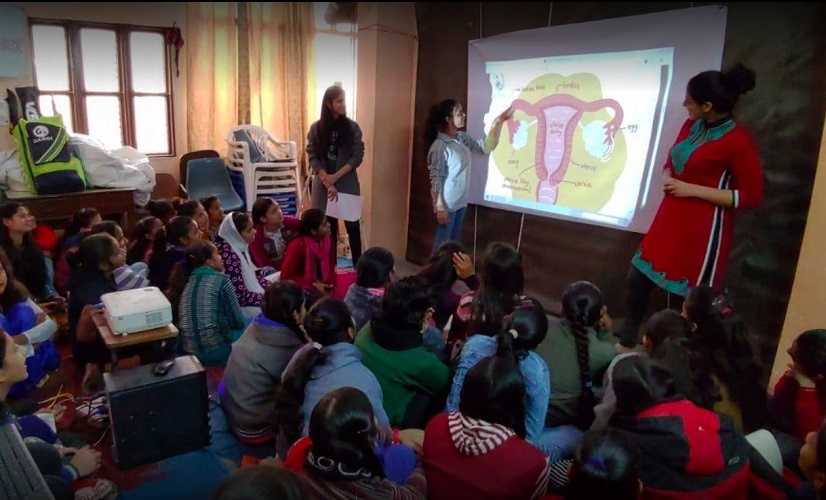 What Do They Do?

The organization works from Delhi and they have plans to set up their branches in other cities as well. They have a branch in Hyderabad which is not active yet. The team has reached out to more than 5000 through their workshops. Niyati says that it is important for parents to talk openly to their children on sensitive matters from their early years. It will help them to establish a healthy relationship with their bodies. The NGO ensures that students from lower spheres of society are also educated by periodically conducting seminars in association with other non-profit organizations. Besides the workshops, the NGO conducts open mic events on sexual health and sexuality. With such events, Niyati says, the youth could open up on taboo topics.

"Many children are not familiar with the appropriate language that describes 'good touch' or 'bad touch'. Therefore, such interactive workshops or sessions are important for them. It will help save themselves against any abuse. Such discussions also aid the psychological development which happens in the teenage years." says Niyati. 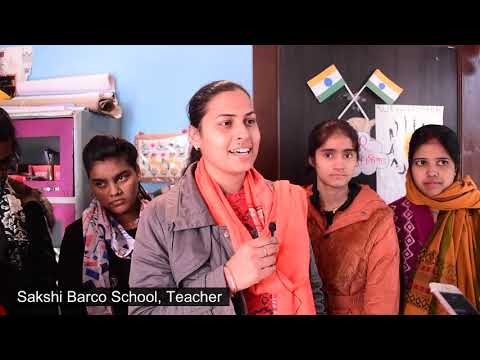 The organization follows UN guidelines and health association guidelines as it is a sensitive topic. They make such sessions as interactive as possible to encourage children and teenagers participate actively. Instead of hushed tones, teenagers are encouraged to speak up and that lets the community walk towards a progressive approach to sexual health-related matters.

"Sexual Health Awareness Knowledge is power. At Pratisandhi we believe that it is important for each individual to be empowered to make informed decisions in an age appropriate and culturally sensitive manner." , says Niyati. The NGO is becoming more institutionalized day by day. Most of their volunteers are college students. They hold an orientation and train them before they take workshops in order to take care that kids are not taught more than what they need to. Also, the organization conducts sessions with parents to eliminate their misconceptions about sex education.

A Rose is nothing Without Thorns - The Organization Has Its Set of Challenges:

The work that Pratisandhi is relentlessly doing is more or less a revolutionary step towards achieving a broader perspective. One of the major challenges the organization faces in India is the mindset associated with sexual health. When they approach schools for conducting workshops, they opine that sexual health classes could be completed in just one or two sessions. "This is where we lack as being facilitators for sexual health education in India. It is a comprehensive topic and we need to have the correct approach while educating adolescents about it." says Niyati Sharma. While the team thought that private schools would be more inclusive as compared to government schools, on the contrary, government schools were more open in initiating conversations with students unlike private schools who wanted to allot just one or two sessions.

"The schools are more concerned about how the parents will respond. Therefore, at times they are afraid that the parents will come and start screaming at them,” she says. During the workshops, the organization discusses numerous topics ranging from good touch-bad touch, puberty, menstruation, sexual health, and others. Till now, the organization has organized 8 workshops with Dipalaya, Holy Family orphanage, two workshops with Pehchaan (a street school) and Sabki Pathshala and also worked with numerous schools, shelters, and NGOs.

Sex education doesn’t mean talking about sex and it is not provoking teenagers to have sex. Feeling confused about what’s happening with their body, curbing difficult feelings is not healthy for children. The more you stop children from doing something you don’t approve, without letting them know its pros and cons, they become more inquisitive and end up doing the same things you disapprove. It is basic psychology of the adolescents. Sex- education is less about sex and more about sense, rather an awareness of senses.

“I think all parents want that their kid to be safe, rather than being unsafe and hiding things from them,” says Sharma. "If we give them information, they use it to protect themselves.", she adds.

Hats off to the guts of a teenager who not just thought of something big, but initiated the revolution and is still working unbelievably hard to take it forward. Let's hope that taboos surrounding many sensitive issues are dissolved under the light of such organizations. You go girl! More Power to You!!